TIPS: What to do if you encounter a coyote

Experts say coyote sightings on greenways can be common, and there are ways you can prevent conflict. 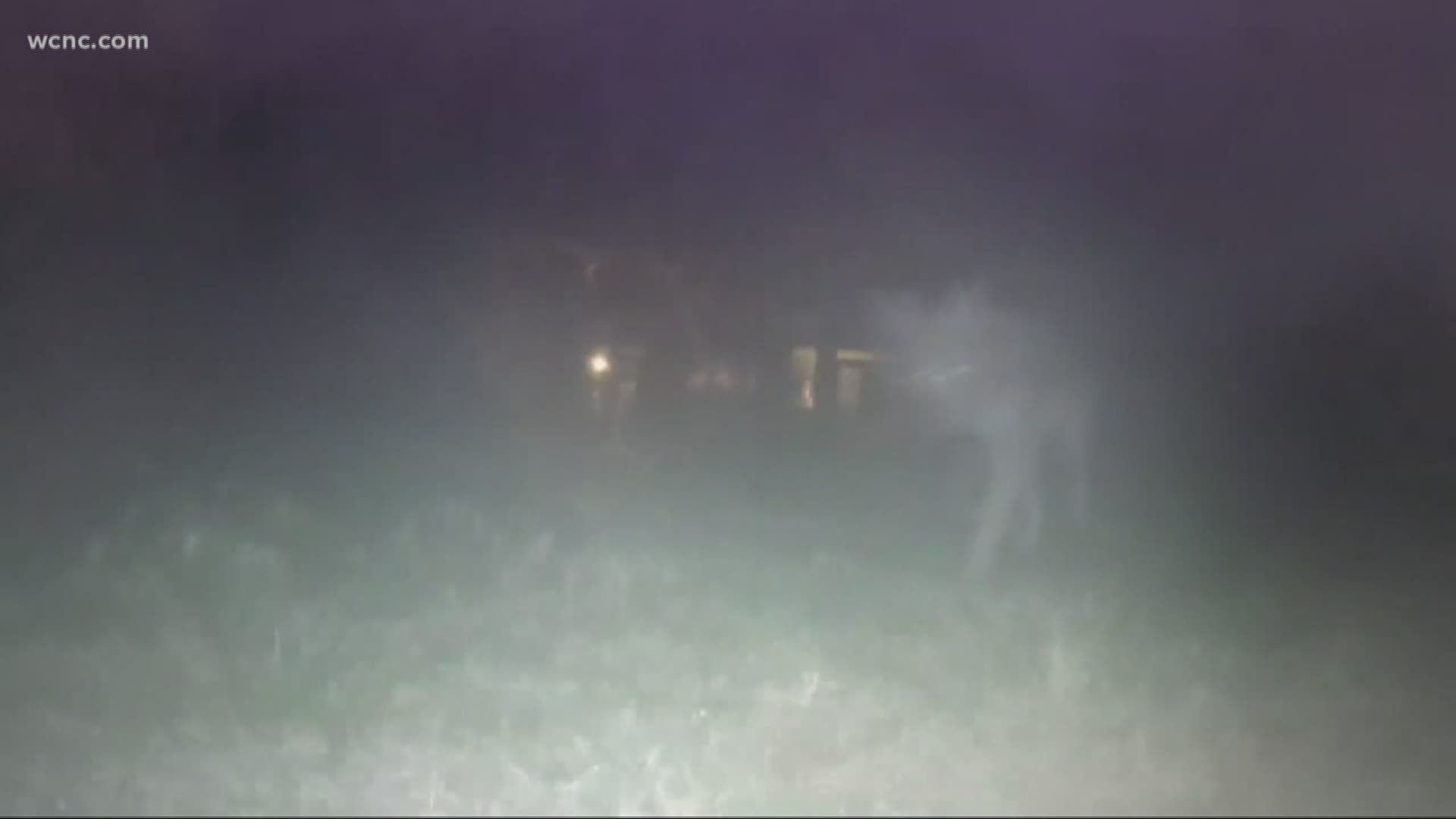 CHARLOTTE, N.C. — Living among coyotes is a known reality in North Carolina, but people are noticing they're less afraid to be out in the open.

New video shows a coyote approaching Chief Meteorologist Brad Panovich's security camera. The coyote puts the camera in his mouth and tried taking it before eventually dropping it, leaving a few teeth marks.

The North Carolina Wildlife Commission said there are two main reasons for increased sightings: the animals' ability to adapt to a wide range of habitats, and a growing population of people noticing the coyotes.

In a recent post on the social media app Nextdoor, one person said they saw a coyote on the Irwin Creek Greenway.

"If you see a coyote in your community, don't be afraid of the coyote," Ray said. "It's usually more afraid of you than you are of it."

So what if you do encounter a coyote?

Experts say stand tall and be assertive, and haze the coyote by waving your arms and making loud noises.

You can also throw small objects, like a tree branch or rock in the coyote's direction. Lastly, don't run away, it could trigger the coyote's instinct to chase.

There have been reports of people being attacked by coyotes but experts say those cases are rare. When it comes to dogs and cats, coyotes do attack them for food. Keep pets inside, but if you are taking them out, have them on a leash.

If you are using the greenway, it's important to be alert when walking your dog near sunrise and sunset -- that is the time of day when coyotes are most active.