There have not been any reports of any animals being attacked by cougars in that area, according to authorities. 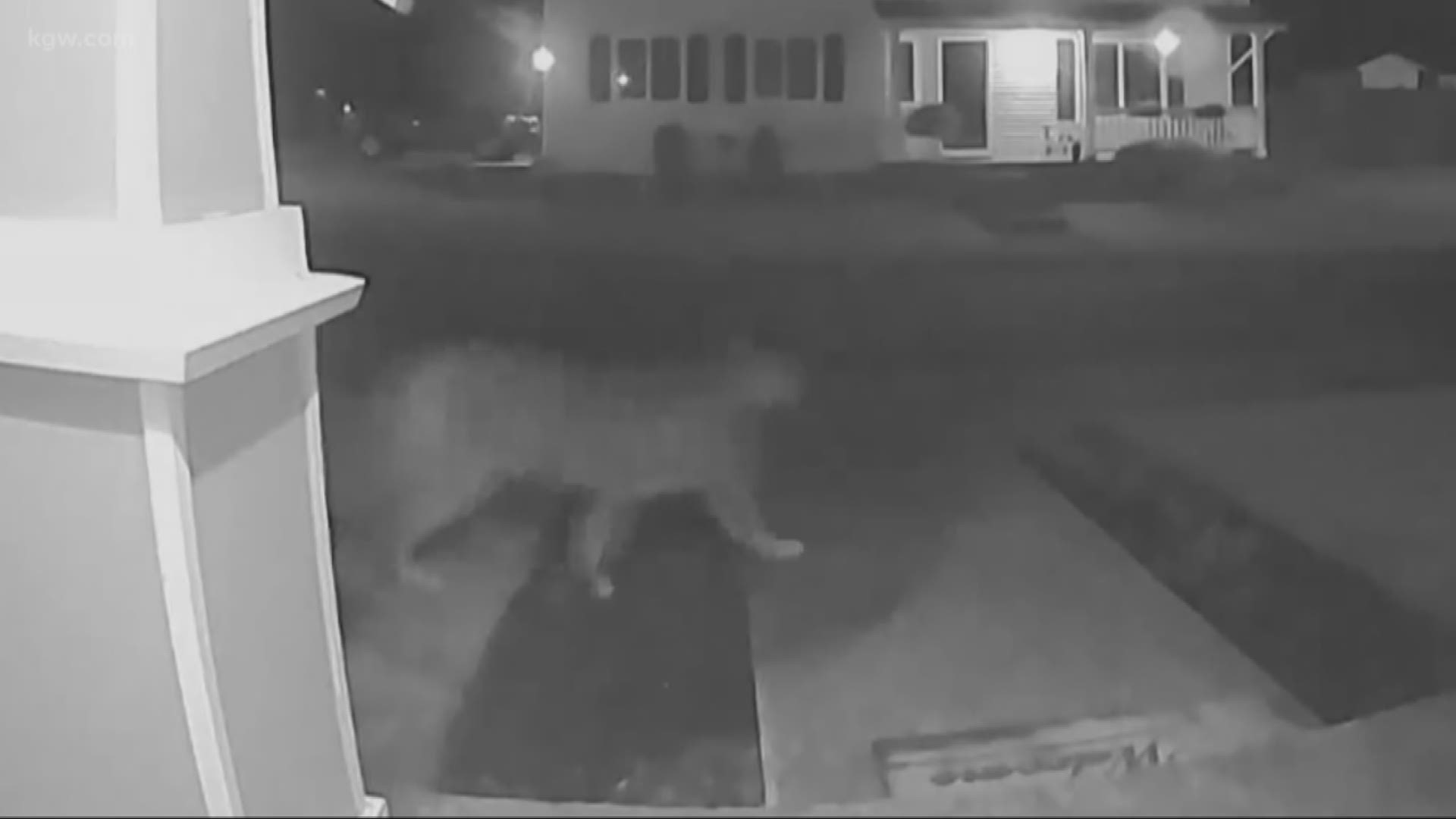 SANDY, Oregon — A cougar was caught on camera taking a nighttime stroll through a residential neighborhood near Sandy on Friday.

A neighbor’s Ring camera captured a clear glimpse of the cougar.

The Oregon Department of Fish and Wildlife told KGW they will post signs in the area.

Officials say the parks and greenways along the Sandy River corridor are a good habitat for cougars, which means that sightings aren't uncommon.

There have not been any reports of any animals being attacked by cougars in that area.