CANBY, Ore — An Australian Shepard mix named Chase, who became stranded on a steep hillside in Canby for about a week before he was rescued Monday, is now back with his relieved owner.

Chase's owner, Karen, arrived Wednesday morning at the Clackamas County dog shelter to pick up her pet after seeing his photo on the news.

Chase is back with his owner after he became lost and stranded on a steep hillside.
Clackamas County

Neighbors were unable to see the dog because the area is steep and thick with blackberries and poison oak.

When OHSTAR arrived, they used a drone to survey the area and found Chase.

Chase wasn't hurt, but he was very hungry and thirsty.

“We are so grateful that people in the area were worried about this animal and called us,” Krakowiak said. “We train all year, so we are ready to help in tough situations like this.”

Chase was not microchipped or wearing any identification and was taken to Clackamas County Dog Services.

Karen bought a dog license for Chase and plans to get him microchipped.

Photo gallery of the dog and rescue 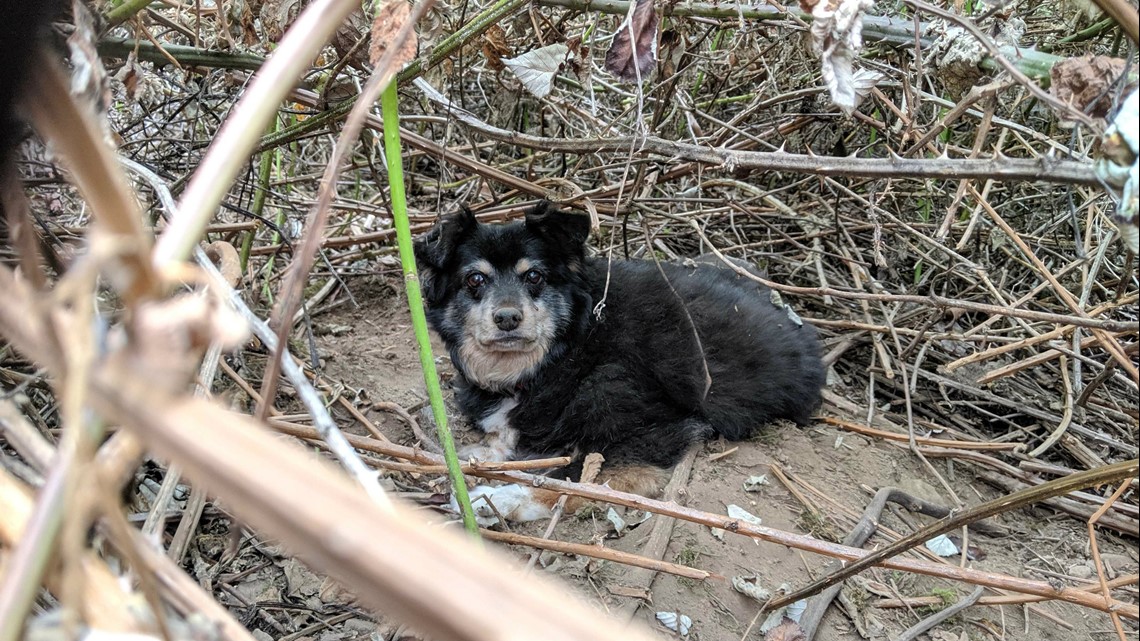