The crow was trapped on a fence between a TriMet building and a PGE facility in SE Portland. 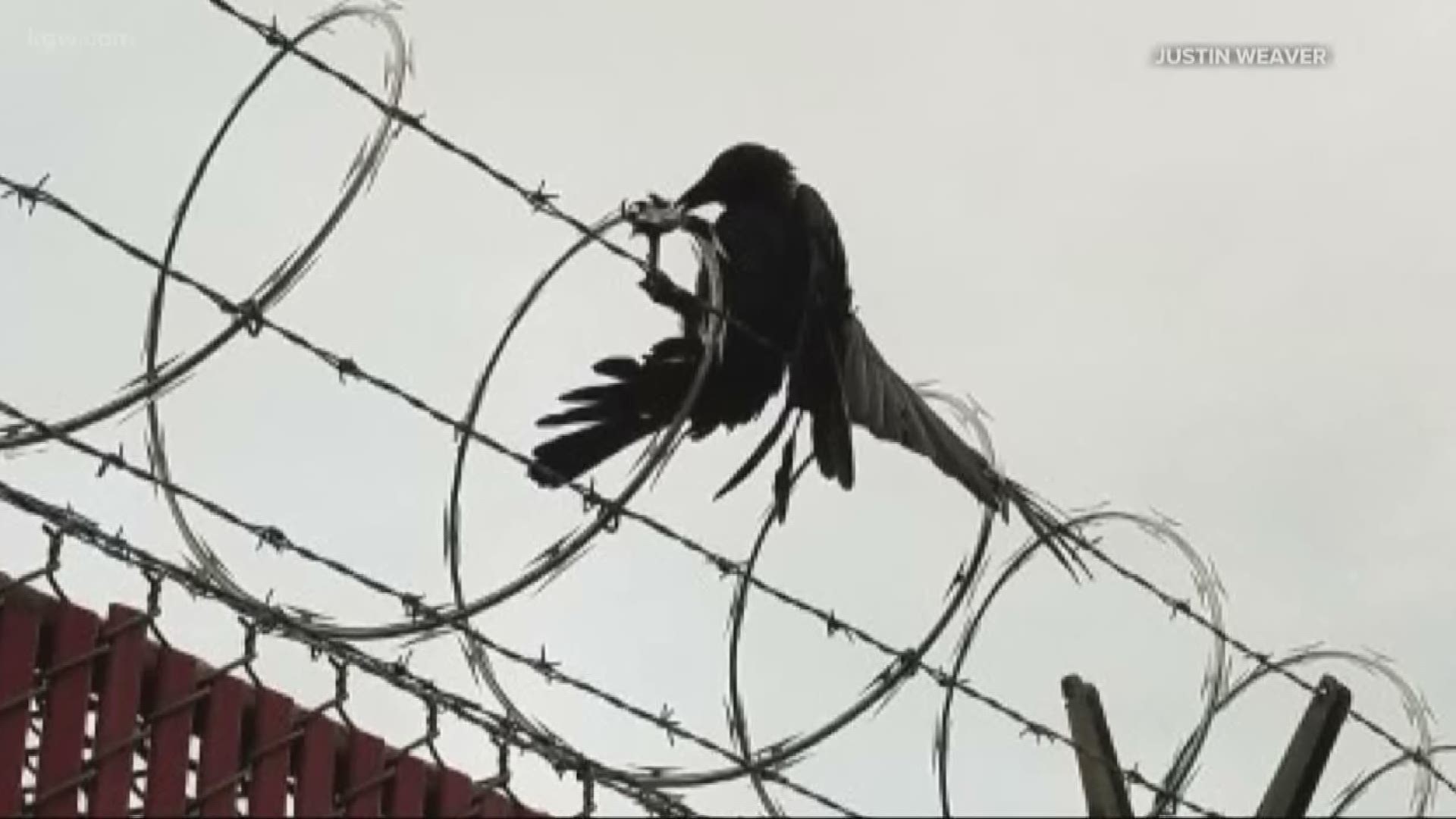 PORTLAND, Ore. — Of the thousands of crows flying around Portland, one of them has quite a story, starting with Justin Weaver, a Customer Experience Agent at TriMet.

On Sunday evening, Weaver stepped outside his office on Southeasat 17th Avenue and spotted a crow caught in a razor wire fence outside the neighboring Portland General Electric facility.

“He must have gotten blown into it by the wind, it was super windy,” said Weaver. “He was kind of holding on upside down by one foot.”

After Weaver saw the injured crow, he rallied the troops  -- a bus driver and some passersyb -- anyone who would stop to help.

“We tried to figure out what we could do to help him,” said Weaver.

With no time to find a ladder, the group tried a chair and a stool to reach the crow but both were too short.

A coworker tried to free the bird’s foot using a long board, but that didn’t work either.

Around the time the group ran out of ideas, a lineman from PGE noticed what was happening and came out in a bucket truck.

Standing in the utility truck’s bucket, the lineman rose up to meet the bird.

In less than a minute, he was able to gently free the crow.

Weaver and others recorded the rescue on their cell phones and posted it on social media.

“It was trending #TriMetPGECrowRescue,” said Weaver, with delight.

PGE spokesperson Steve Corson told KGW that the utility company’s lineman routinely rescue animals in trouble including cats, swarms of bees, and in this case, a grateful crow.

“The thing was a little freaked out, so as soon as he got his hands on it, it looked like he was just happy,” recalled Weaver. "Everybody was happy to help and I love that.”

Video of the rescue shows the crow flying away, a little scratched up, but free.

“He probably had a little bit of a limp and a story to tell,” said Weaver. “They’re pretty resilient, I'm sure he'll be fine.”

Corson, the PGE spokesperson, said he was working to identify the lineman who helped the crow.

“We want to help when the need is there,” said Corson. “The lineman don’t ask for recognition.”