OSU study looks at the connection between kids and dogs

Researchers looked at bond quality between dogs and kids compared to dogs and adults, along with the social and emotional benefits for both.

CORVALLIS, Ore. — If you have kids at home, your parental patience might be running a little thin. Maybe it was gone a while ago. Dr. Monique Udell, an associate professor at Oregon State University and animal behaviorist, recently studied and was the lead author of an article looking at the connection between the family dog and the kids in the house.

“So the study is part of a broader program where we're looking at the effectiveness of animal-assisted interventions with children with and without disabilities and their family dog,” she said. “Our goal in the current study was to try to understand how dogs view their children, and specifically we are interested in to what extent dogs in a household were matching the behavior of the child.”

For the study, researchers recruited 30 kids aged 8 to 17, of which 83% had a developmental disability. Video recorded experiments were conducted to look at how the dog would follow as the child walked in along a path.

“We know that dogs do this with their adult owners, that as their adult owners are walking around the house or engaging in their daily tasks, or even going on a walk outside, they're dogs tend to match pace," Udell said. "They're close by their owners in many cases and they tend to walk in the same direction. But we'd never really evaluated this with kids before, and so we were curious whether dogs were sort of matching the children's behavior in the same way that they interact with adults.”

They found that dogs exhibited behavioral synchronization with the children at a higher rate than would be expected by chance for all three variables. During their assessments, they found:

While child-dog synchrony occurred more often that what would be expected by chance, those percentages are all lower than what other researchers have found when studying interactions between dogs and adults in their household.

So why does it matter?

“Dogs are attending to what children are doing even sometimes at a very young age, and that the children are engaging with the dogs in ways that that really show that they should be more engaged in training and caretaking,” said Udell.

The OSU researchers are conducting more research to better understand factors that contribute to differences in bond quality between dogs and children compared to dogs and adults, including participation in animal-assisted interventions and increasing the child’s responsibility for the dog’s care.

“We bring these animals into our household, because we want that affiliation and we want those benefits and I think for a lot of people that is the outcome," Udell said, "So they get an animal they have this additional bond with and it can lead to stress-reducing benefits or higher activity level. Maybe you're going to walk the dog more, play with the dog more, so can be a really great thing.” 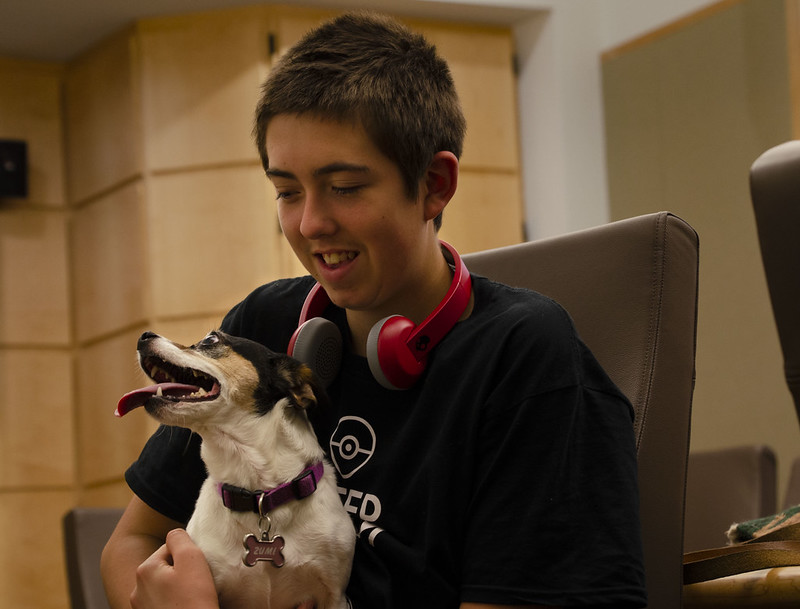 RELATED: Woodburn pig rescue running out of room and asking for help