Nora the polar bear is back at the Oregon Zoo

Oregon Zoo visitors can expect to see Nora at the new Polar Passage habitat in April. 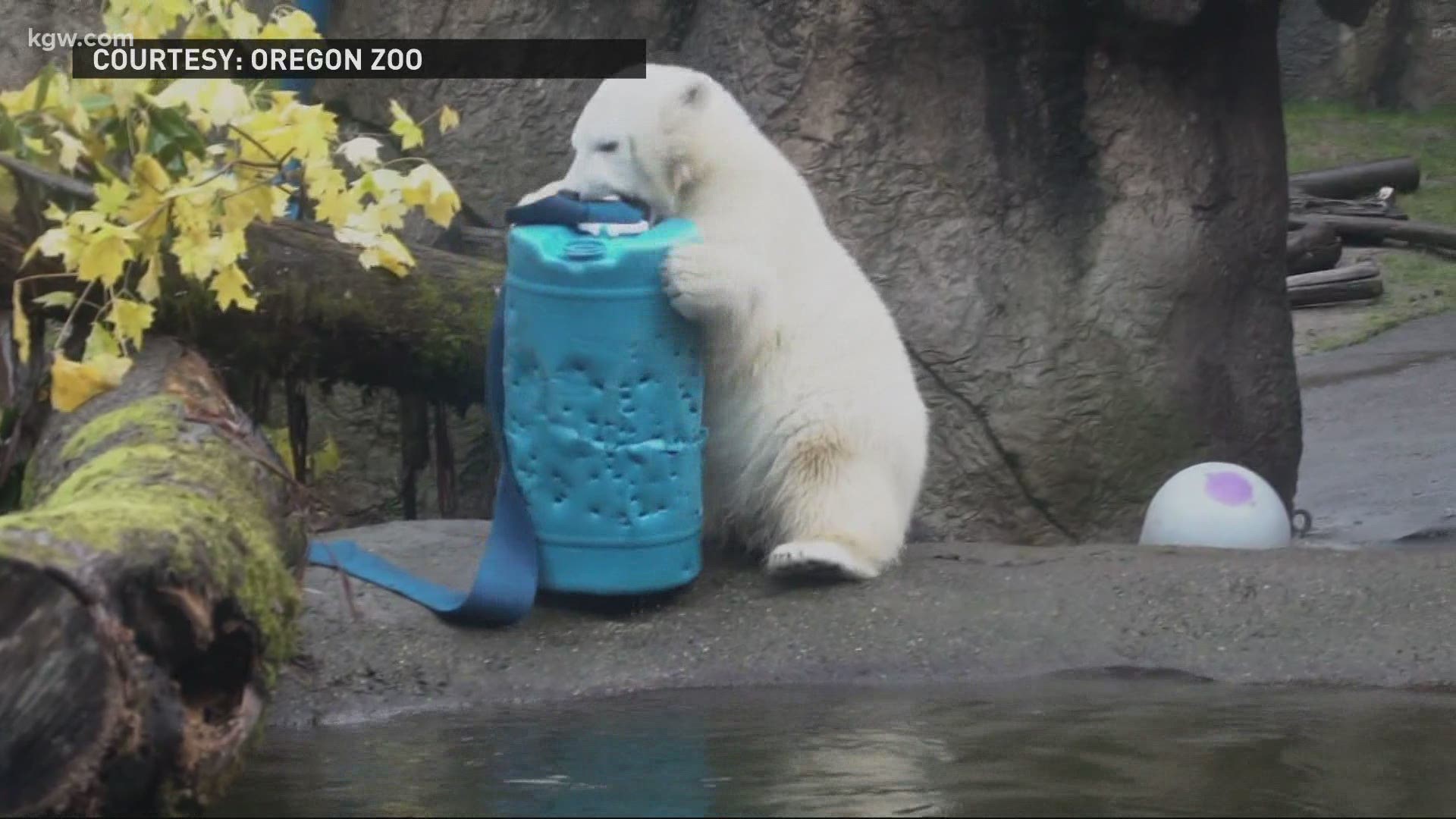 PORTLAND, Ore. — Nora, the beloved polar bear who captured Portland’s heart in 2016 but left a year later, has returned to the Oregon Zoo.

After spending the past few years at Utah’s Hogle Zoo, the 5-year-old polar bear returned to Oregon on Tuesday, as the zoo is putting final touches on its Polar Passage habitat.

Nora will settle in for a few weeks, then Oregon Zoo visitors can expect to see her in her new habitat in April.

“We’re so excited to welcome Nora back,” said Amy Cutting, who oversees the zoo marine life area. “She’s kind of like the kid who goes off to college and comes home all grown up. We can’t wait to get reacquainted.”

Nora was born in November 2015 at the Columbus Zoo. She was raised by caregivers in Columbus after her mother began leaving her unattended in the den for long periods of time. In September 2016, Nora came to the Oregon Zoo. She briefly spent time with the geriatric polar bear Tasul, but Tasul died in November 2016. She moved to Hogle Zoo in 2017.

“At Hogle, Nora learned more about how to interact with another bear,” Cutting said. “This was so important for her development.”

Nora had metabolic bone disease as a cub, and she injured her leg in 2019, which required surgery. The zoo said Nora has permanent skeletal structural issues that give her an unusual gait and will require special management throughout her lifetime.

Another female polar bear will join Nora at the Polar Passage habitat this fall.