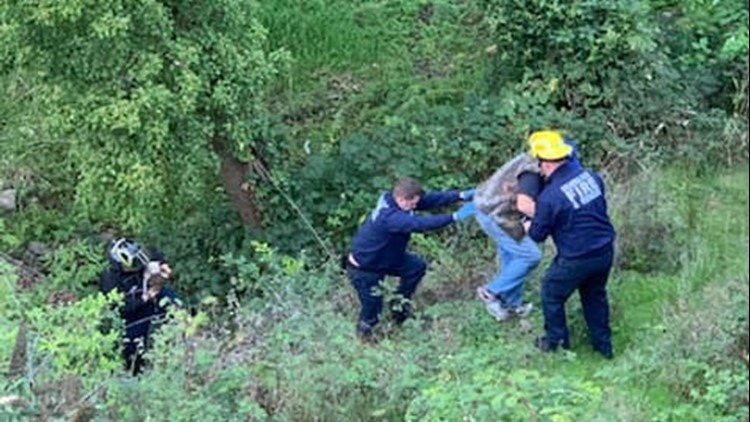 ST. HELENS, Ore — Firefighters rescued a man and his 18-year-old blind Chihuahua, Rocky, after the pair became trapped in a ravine near a St. Helens park.

The Oregonian/OregonLive reports the man called authorities from his cellphone around 5:45 p.m. Thursday and told the operator he had fallen into a canyon while looking for his Chihuahua, which had wandered into a ravine.

Columbia River Fire and Rescue division chief Eric Smythe says the man fell into a drainage ravine and was about 50 feet (15 meters) down.

Firefighters were able to make voice contact with the man and found a trail which they rappelled down to reach the man and dog.

A firefighter rescued the Chihuahua from inside a blackberry bush.

The man and his dog were mostly unharmed and were guided back up the ravine by the rescue crew.

Information from: The Oregonian/OregonLive, http://www.oregonlive.com