A Portland family is hoping to find someone to adopt a dog they rescued in Cabo San Lucas, Mexico. 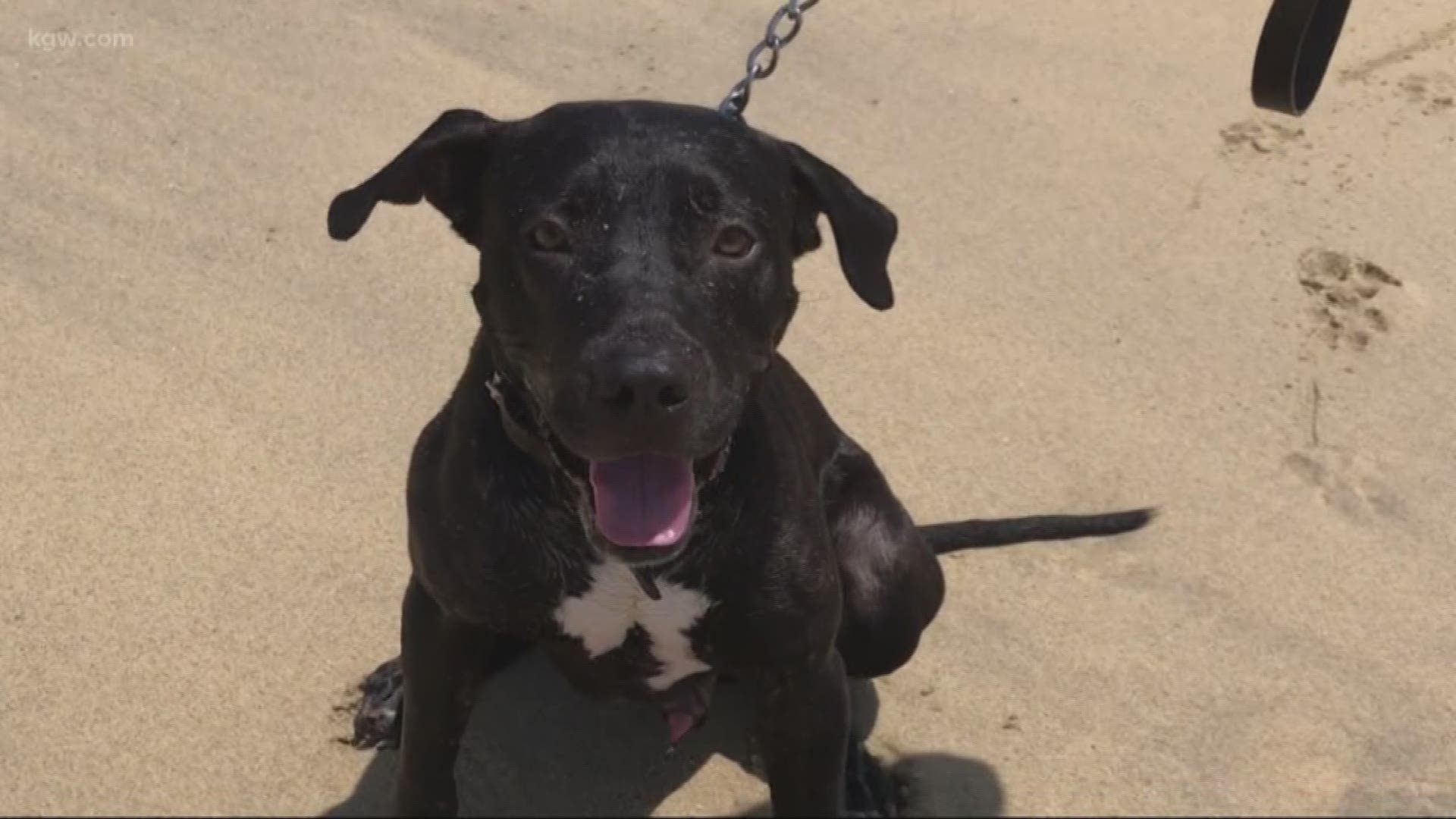 PORTLAND, Ore. — A Portland couple is hoping to find someone to adopt a dog they rescued in Cabo San Lucas, Mexico in March.

“We are just so in love with him,” said Erica Bach, referring to the black, pit bull mix they named ‘Taco.’ The Bachs can’t keep Taco because they have two dogs of their own.

The Bachs were shopping for plants at a garden nursery in Cabo when they first met Taco.

“There was this beautiful dog tied to a tree,” said Bach. “I just looked at my husband and said, ‘Something’s wrong.’”

“I know that look,” said George Bach II. “It tells me the plant shopping is over and the dog rescue has begun!”

The Bachs said nursery employees found Taco walking along the road. They gave them permission to take the dog who had cuts, infected sores and a fever. The Bachs took Taco to a local veterinarian who treated him.

“He was a day—two days tops—from not being on this earth,” said George Bach.

The Bachs paid the vet to temporarily keep and care for Taco. They’ve also paid for Taco to be trained.

“We can't turn our backs on him,” said Erica Bach. “Humans did this to him and we have to be responsible and try to find him a home.”

The Bachs plan to return to Mexico over Thanksgiving and hope to bring Taco home to Portland. First, they need to find someone to adopt, or at least foster him.

“Taco came from nothing and he deserves a chance,” said George. “I’m pleading for somebody to step up and take this great dog.”

The Bachs said Taco needs a home without other pets, since he’s skittish around other animals, but said he’s great with people.

The Bachs believe Taco's ideal owner would be active with plenty of time to help Taco reach his full potential. The Bachs are also willing to help pay for Taco's future training.

Anyone interesting in adopting or fostering Taco can email George Bach at george@bachbros.com or call Erica Bach at 503-956-0462.