The Facebook group, called Cowgirl 911, is a dispatch system created to save Oregon livestock and farm animals. 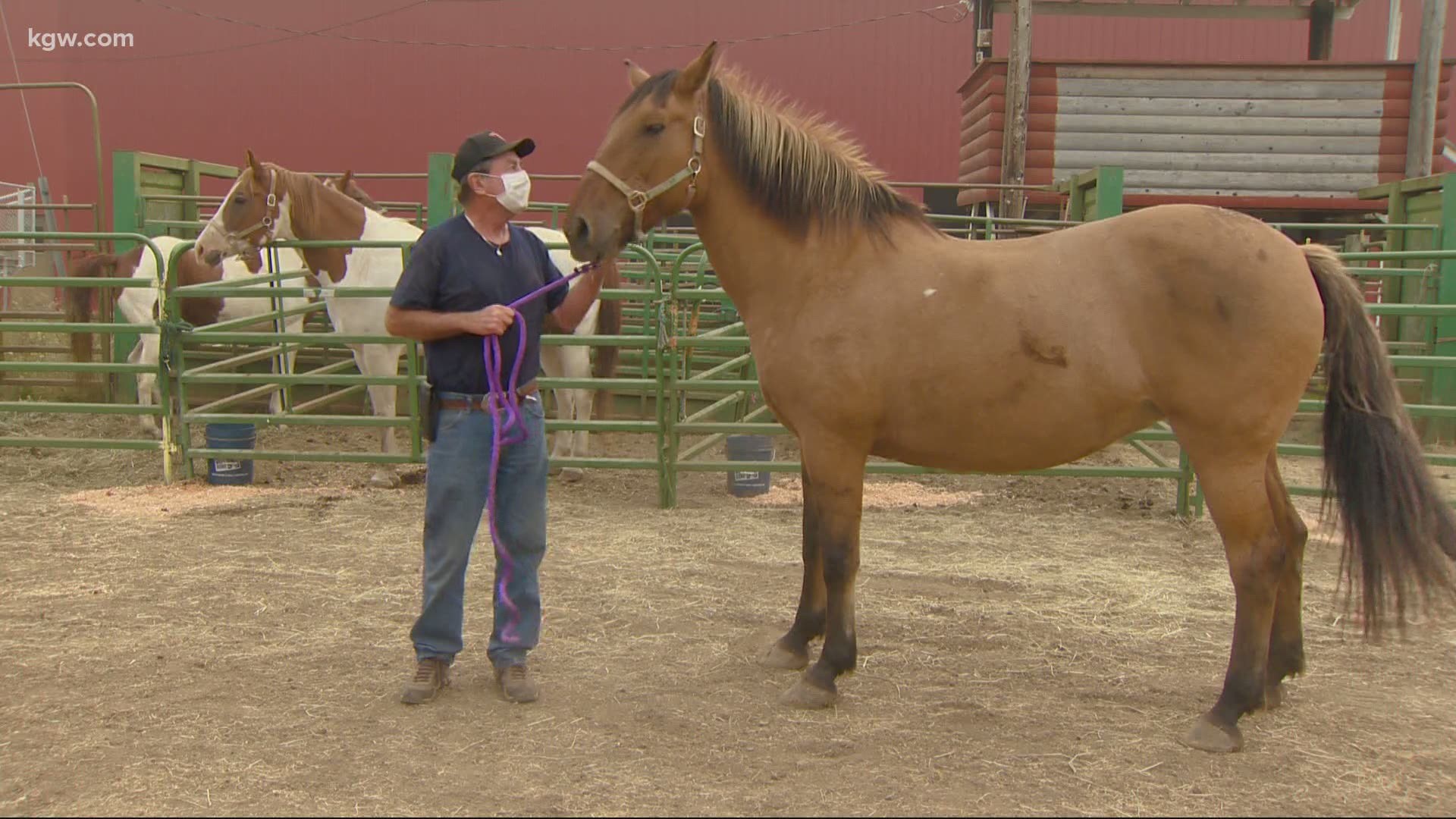 CORVALLIS, Ore. — When tens of thousands of people needed to leave their homes because of the wildfires burning in Oregon, many of them couldn’t evacuate their animals.

So they reached out for help through a Facebook group called Cowgirl 911, a dispatch system created in just one day to save Oregon livestock.

“I am an absolute nerd about efficiencies and schedule so this is something I can offer right now,” said Katie Schrock, the founder of the group.

Schrock was inspired by the group created to help with the California wildfires several years ago called Cowboy 911.

As the Vice President of Benton County’s Rodeo Committee, she knew how important it would be to evacuees to save their horses, bunnies, pigs and goats.

He saw his three horses for the first time since he thought he would lose them.

“You want apples, girl, huh?” Fromm said before planting a big kiss on his horse’s snout.

The group is more than 17,000 strong and gets hundreds of posts a day from people asking for or offering help for displaced animals from fires across the state. If someone needs an evacuation, they fill out a google doc form, which in turn creates a ticket for one of the hundreds of haulers with trailers volunteering to transport animals.

“So within 10 minutes of filling out a form for help, somebody has wheels rolling on the ground for help to your location,” said Schrock.

Since the group began on Tuesday, Schrock has enlisted a data analyst and a logistics manager to smoothly run the system. As evacuations are downgraded, dispatches will work in reverse to help owners pick up their animals and transport them back home or to another location.

“When we were doing the math, we think we’ve helped over probably 20,000 animals at this point,” said Schrock. “It’s like mind-blowing.”