Lady is doing training to search for victims in disaster areas as part of the Idaho Technical Rescue Team. She joins canines Duke, Murphy, Scout and Bear. 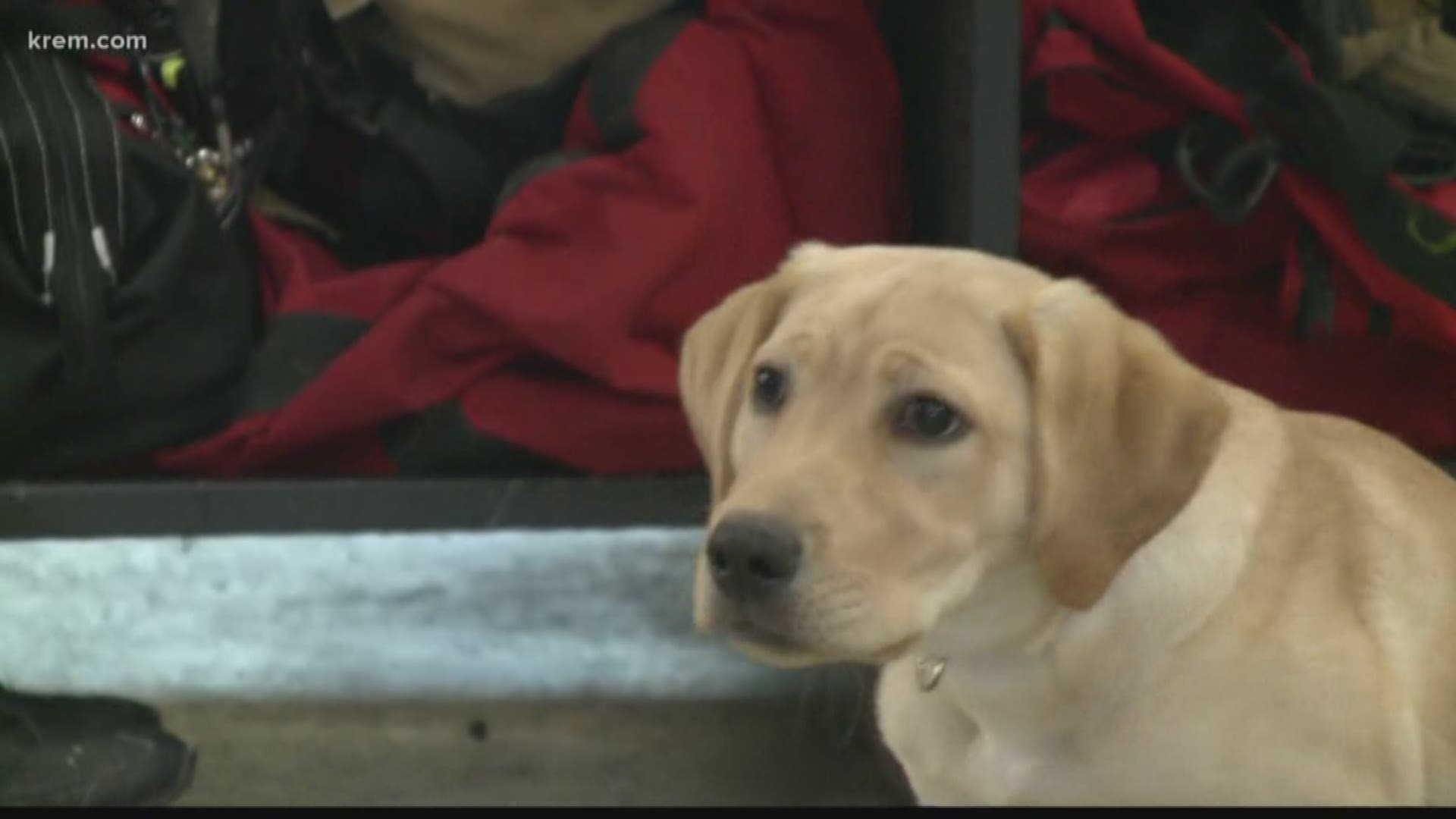 COEUR D'ALENE, Idaho — The Coeur d’Alene Fire Department is welcoming a new canine to its team.

Lady is a 14-week-old Labrador Retriever, will be handled by Firefighter Neko Caballero.

Lady is doing training to search for victims in disaster areas as part of the Idaho Technical Rescue Team.

The department said it will take Lady 14 months of intense training to be able to be a part of the team.

"They're not great pets. They're really high drive, high energy work dogs. And that's all she wants to do is train," said her handler Neko Caballero.

The group is technically called the Idaho Technical Rescue Team. Disaster Dogs is the name of a non profit that supports them. She joins canines Duke, Murphy, Scout, Bear and is the replacement for canine Otis, who is now retired.

"He just had a unique personality. And he had a lot of drive," said Coeur d'Alene Fire Department Captain Jeff Sells.

Like Lady, Otis still has energy and wants to be active, but he's 11-years-old and is starting to slow down. Sells is Otis' handled and found the canine team in 2005.

"It's the job of the handler to make the decision: when is this not a good thing for my dog anymore,"  he said.

He and Otis have stayed active. Notably, in 2014, the duo traveled to western Washington to assist in the aftermath of the Oso mudslide.

Otis will be fully retired and will be a full time family dog for Captain Sells and his wife.

"He loves playing in the water. He's never bored. I think he'll have plenty to do in retirement," Sells said.