Clark County man's latest project is for the birds

Before Bill Doty tears down an old boiler barn on his property, he wanted to make sure the birds that nest there had a place to go. 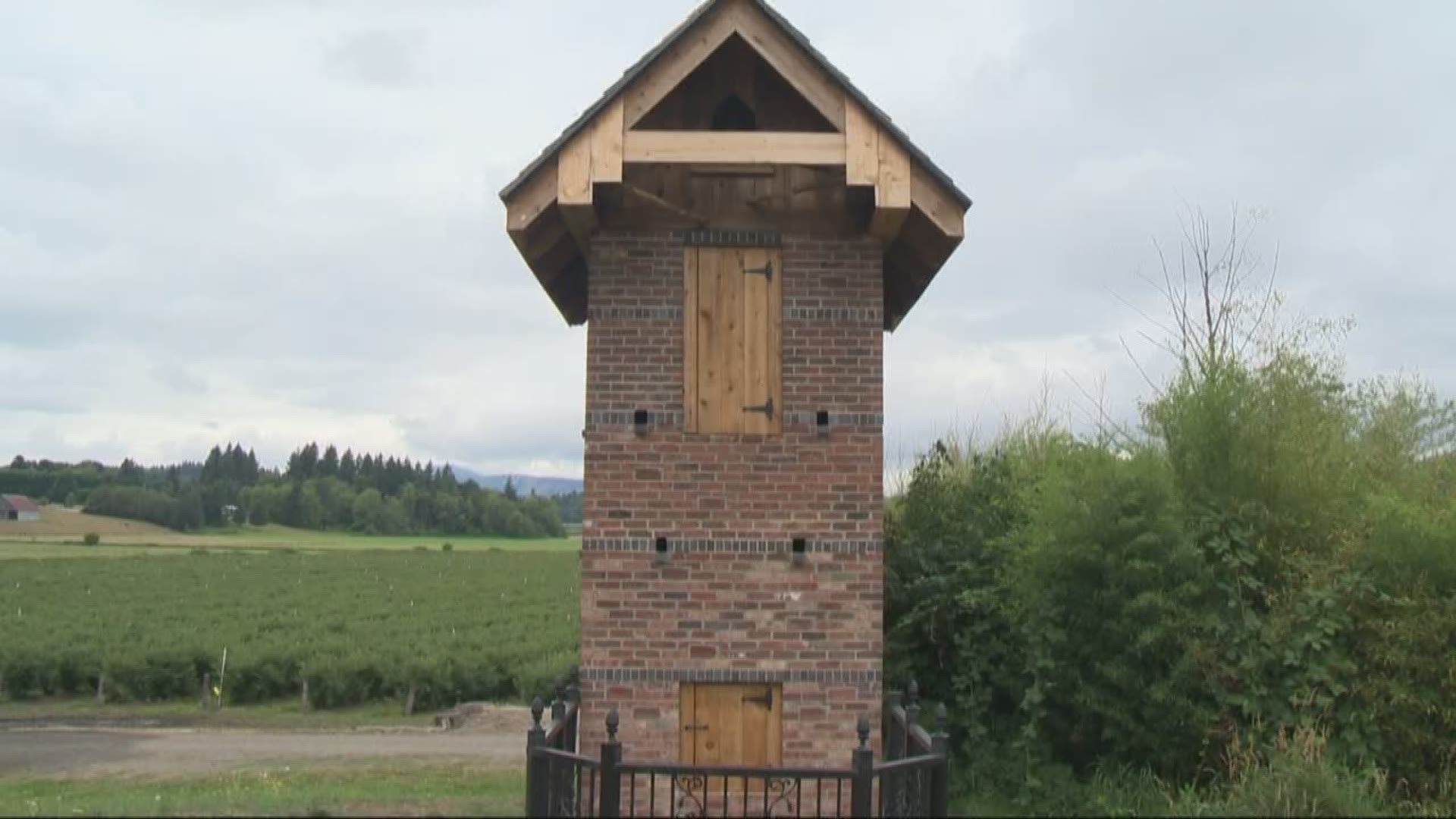 CLARK COUNTY, Washington — Bill Doty and his wife Roxanne have owned the Fargher Lake Grocery store north of Battle Ground for 30 years. Above the customers filing in and out of the doors is a sign that says "Never Normal."

"Since the lake isn’t normal, and neither are we, we adopted it as our motto," said Bill.

It's an ordinary place with an unusual story.

"1921 is when they drained Fargher Lake, which was more of a swamp," Bill said.

Bill says that they used to grow bulbs in the shallow lake bed that is now stamped with blueberry fields. But, between the store and the field is Bill's latest project, one that is truly for the birds.

The new "wildlife tower" took about two months to build and will provide an upgrade from the sagging boiler barn that some of the birds, and even bats, have inhabited for some time.

There is a larger barn that needs some TLC, but Bill said he has plans for it down the road.

"We’d love to make it into a concert venue, because everyone loves live music," he said.

With that in mind, he doesn't want to disturb any animals, which is what inspired the tower.

"It has the smaller holes for the sparrows, bats. The upper hole at the top is for the owls," said Bill.

So far, there are no permanent residents, but Bill notes there is evidence of visitors.

"They’ve been in inside, we find feathers inside. They haven’t moved in permanently. There are a couple nesting boxes in there so were hoping it will take root," he said.

Complete with a owl weather vane on top, Bill said he hopes that other folks will consider the impact they can have on nature.

"I’m hoping that it encourages other people to think about preserving their wildlife," he said.