If Lilly didn't catch the gas leak it could have built up and potentially caused an explosion or fire. 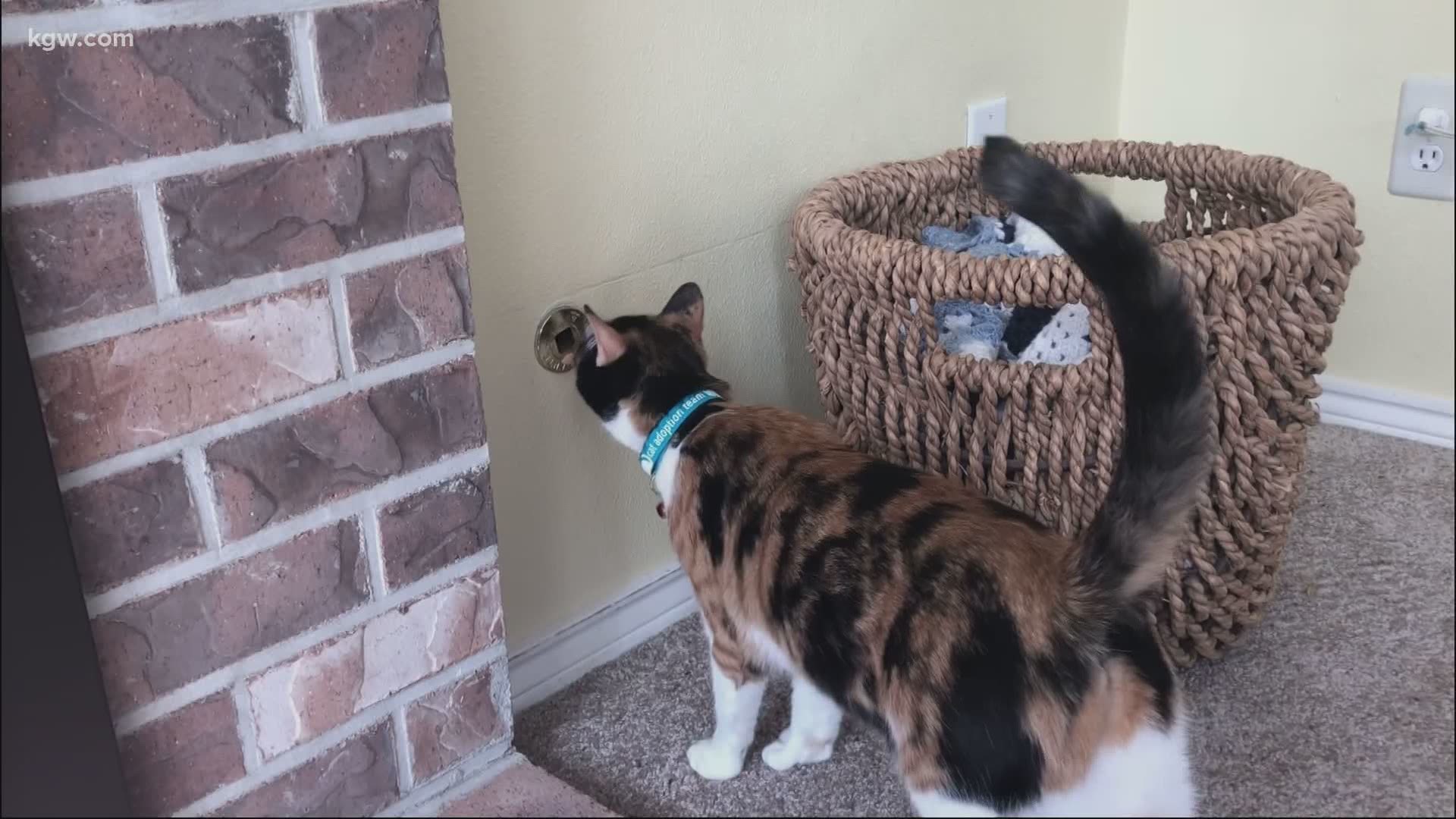 LAKE OSWEGO, Ore. — A rescue cat in Lake Oswego, with her impeccable sense of smell, alerted her family of a gas leak on Friday. The cat, Lilly, and her owner Sandi Martin were playing on the living room floor when Lilly stopped to go sniff the fireplace valve.

"I went over and sniffed and there was a natural gas smell," Martin said. "It was very faint so I didn't really trust my nose. Then I asked my husband to sniff it, and he sniffed it too."

Sandi's husband called their gas company NW Natural, who told them to shut off everything in that room - including their cellphones - and open the doors. The gas company employee got to their house in 20 minutes in the snow and ice storm.

"He came in and tested it and, in fact, he said it was a dangerous gas leak," Martin said. "So, then he tested all the other sources of gas and went outside and cut off the pipe to the gas there and capped it off and shut down the fireplace. She might have saved our lives."

If Lilly didn't catch the gas leak it could have built up and potentially caused an explosion or fire. Martin said this isn't the first time the rescue kitty with special needs has saved her. She was in a dark place during the pandemic this winter because she and her husband weren't able to spend the holidays with their kids and family. Adopting Lilly from Cat Adoption Team (CAT) in Sherwood pulled her out of that.