The official opening for Alberta Commons isn’t slated to officially open until July 20, but many of the businesses are now open. 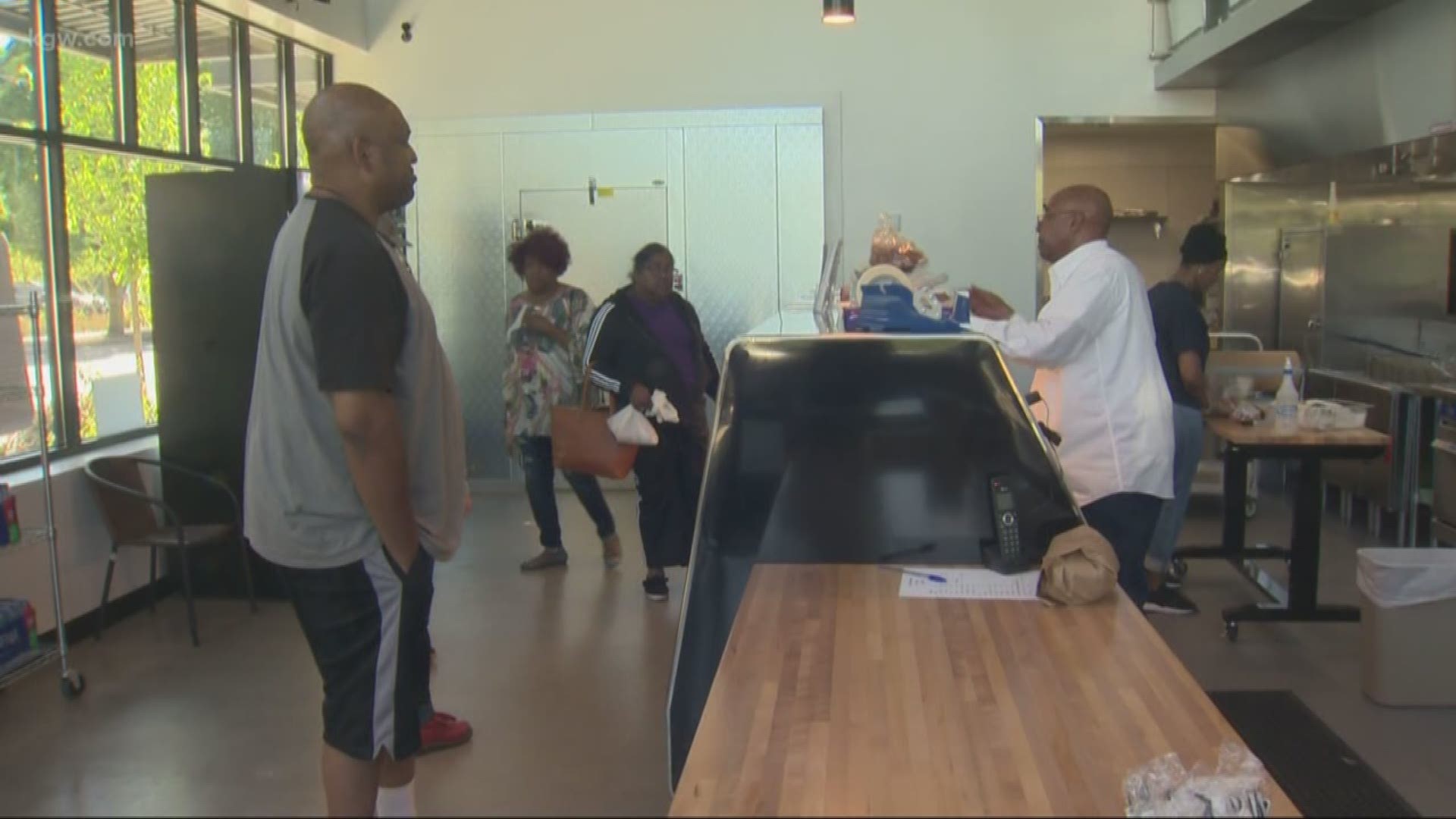 PORTLAND, Ore. — A new shopping center opened at the corner of Martin Luther King and Alberta Street in Northeast Portland after the space sat for decades as an empty lot.

Alberta Commons is scheduled to open next month in Northeast Portland’s historically black neighborhood that will also house many minority-owned businesses. Many of them owned by some of the people who grew up in the neighborhood like Jamal Lane and Theotis Carson.

“I think it’s amazing,” said Champions Barber Shop owner Jamal Lane. “It’s a lot of older buildings on this strip and to have something brand new and fresh, I think is a great step into the right direction.”

“It’s a young man holding up the corner, he’s younger than me, but we grew up here. He’s holding up one end and I’m holding up the other end and we’re just proud to be here,” said Carson’s Fine Meats owner Theotis Carson.

Carson’s Fine Meats and Champions Barber Shop are one of three established black-owned businesses that relocated to the Alberta Commons.

In 2014, there was a plan to place a Trader Joe's in the area to anchor the development where the old Walnut Park Theater once stood. The decision sparked outrage among the community who felt it was another attempt to displace the black community members from the Albina neighborhood.

Trader Joes backed out of the development after receiving “negative reactions from the community,” as reported by The Oregonian.

The economic development agency Prosper Portland, formerly known as the Portland Development Commission, was behind the redevelopment projects in North and South Portland that pushed out many black families and businesses out of the areas for generations.

To make amends, Prosper Portland re-evaluated the project by meeting with neighbors and community members to create the Community Benefits Agreement for Alberta Commons. The CBA for Alberta Commons sets requirements for retail spaces for business owners who could have been priced out, workforce opportunities for diverse contractors and workers and art curated by local artists.

The city also went to work looking for black-owned businesses that would bring foot traffic to the shopping center. Alberta Commons owned by Majestic Realty Company and anchored it with Nature’s Grocers. Prosper Portland then rents 5000 square feet from the Majestic Realty Company to turn and charge business owners less than they would be charged in an open market along with a 10-year lease that is city’s effort to reclaim and retain minority-owned businesses.

The official opening for the Alberta Commons isn’t slated until July 20, but many of the businesses are now open.