2 things to do to help trees, plants in the heat

Mulch and water to help protect trees from extreme heat and drought, an arborist says. 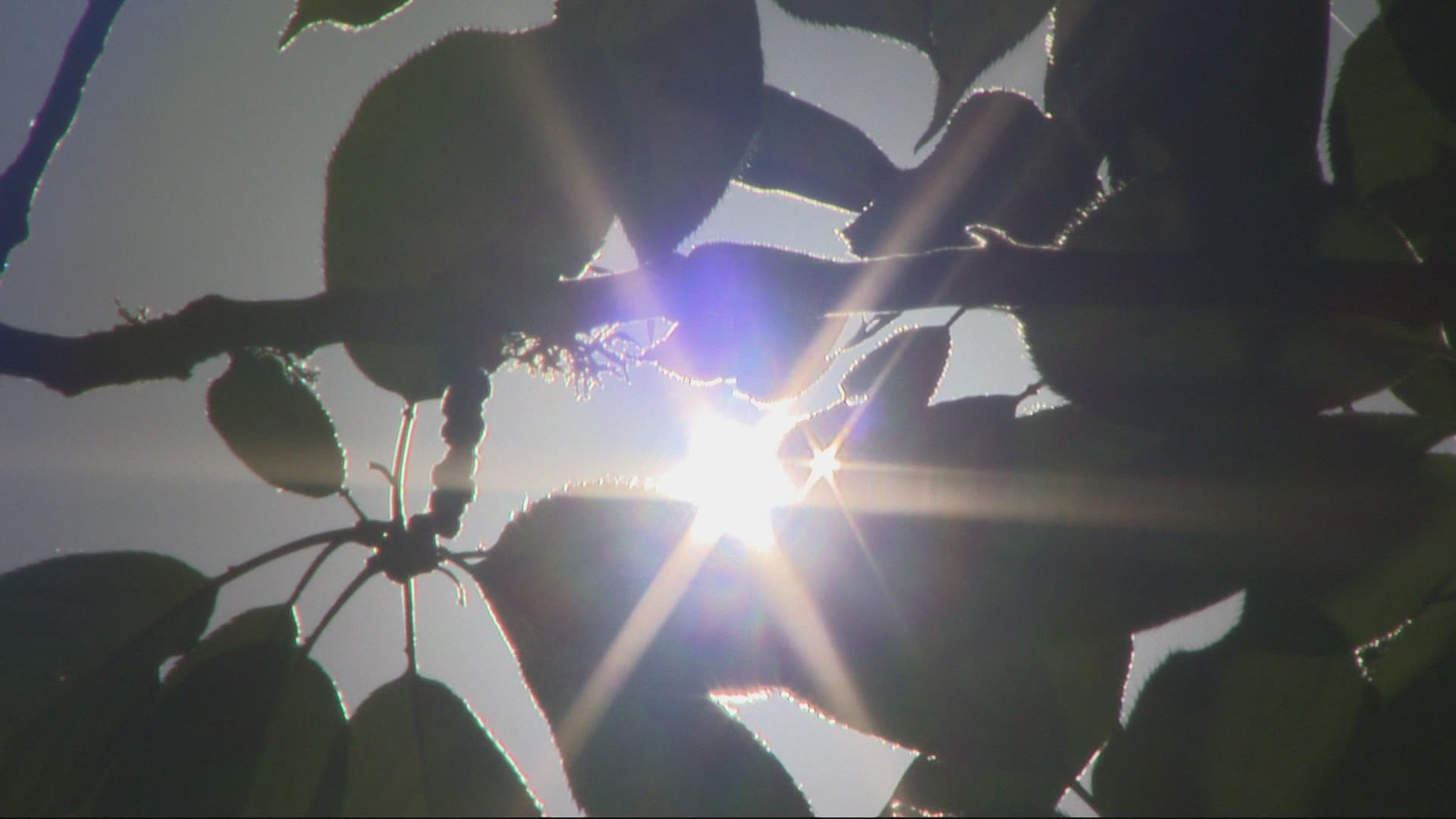 PORTLAND, Ore. — The Portland area may be cooling off a little and that's good news, but trees and plants are still reeling from the effects of the extreme heat. Dousing them with water right now will help them, but one expert said that's not nearly enough.

Arborist Jessica Henderson said the Portland area will likely be dealing with trees that were damaged in February's ice storm for the next year. Add to that this heat and people should be looking closely at their trees.

"If you see a hanging branch or something that looks like it's starting to split or crack, addressing that sooner than later is going to be beneficial for the tree," Henderson said.

When it comes to protecting trees from extreme heat, there are two things people should be doing, according to Henderson.

The first thing to do is mulch.

"That's going to be two to three inches of mulch and not just at the base of the tree," she said. "You don't want it touching the bark. You're going to want to leave a couple inch buffer and then make that mulch ring as big as possible."

For a tree that's a foot in diameter, put down a four-foot mulch ring around it.

"The mulch helps retain moisture in the soil," she said. "It helps with the nutrients cycling and in the summertime it also helps regulate the temperature of the soil."

Then think about watering, but do it strategically.

"I think if you gave your trees for the next few weeks, just once a week, a nice slow saturation, it's going to be best for them," Henderson said.

Don't just water the base of the tree. Make sure to water the entire area underneath the tree's canopy.

"When you're thinking of the landscaping of your yard, can you select smaller, more drought-tolerant species that won't compete for water resources with your larger, more mature trees?" Henderson said.