Lawrence Becker says it took him around 70 hours and a couple sleepless nights to finish the 22-second video. 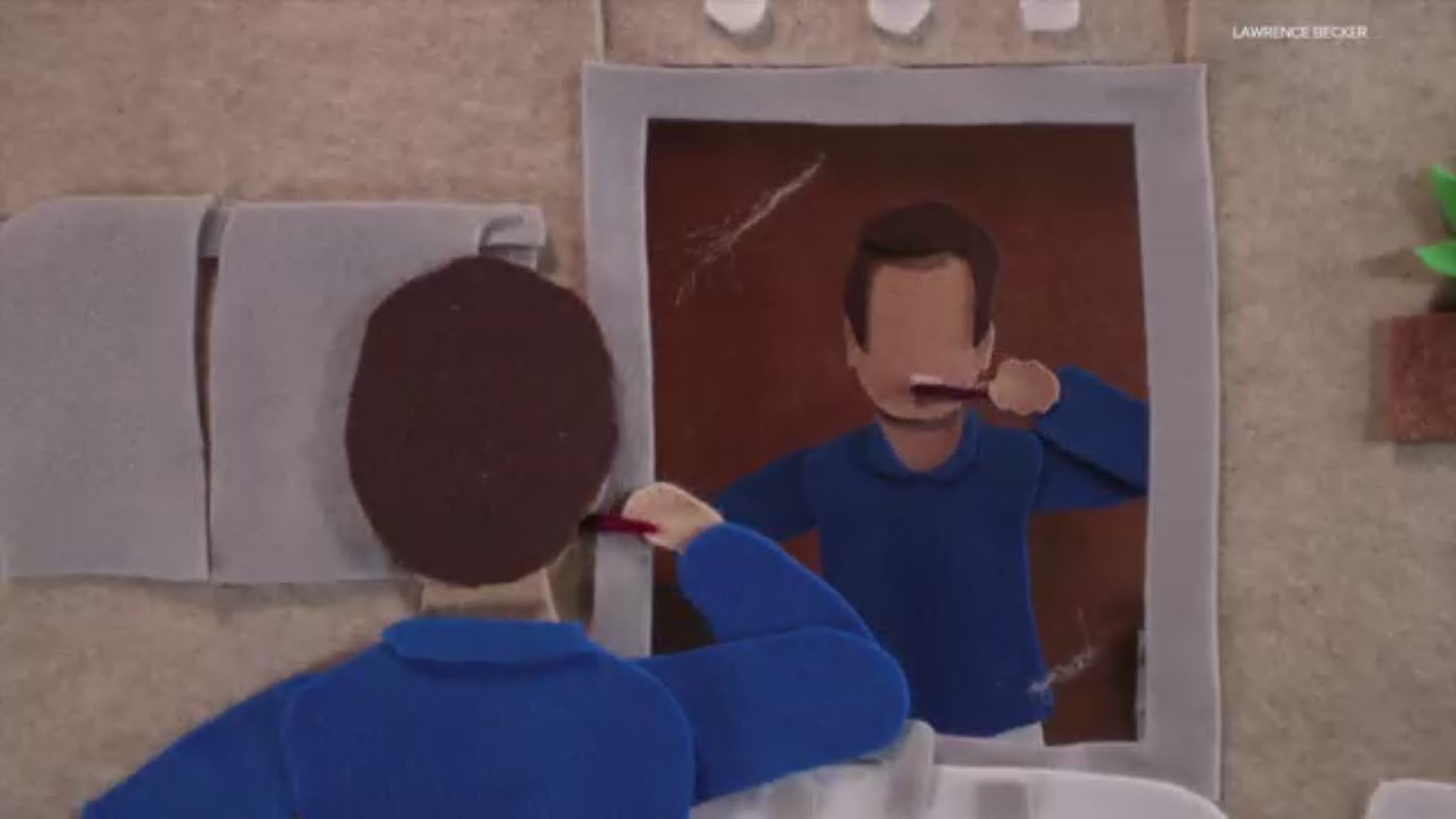 PORTLAND, Ore. — It was early April and Lawrence Becker was busy working on his latest project.

"I was kind of busy at the time. I just had finished a music video that just came out this weekend as well," Becker said from his home in Portland.

He worked with Cartuna, an animation studio in New York for the right look. The studio and The Tonight Show had the general idea of having Jimmy Fallon wake up in his home and run through his day; the rest was left to Becker.

"I kind of added my own little thing to it. I thought of a few transitions that would be fun, the shower. The way things transitioned were kind of my ideas," he said.

Becker said there are only a few edits in the video and you'd have to look very closely to try and find them. The 22-second video debuted during The Tonight Show's April 27 show, which was taped from Jimmy Fallon's house.

The short video took him around 70 hours to create and involved a few sleepless nights. Becker says stop motion is no easy task.

"It's pretty difficult. There's definitely a reason not too many people do it. It's hours and hours. I have a standing desk because I used to work hunched over and that wasn't good for my back and I have a standing desk, but even that, there's a lot of pain involved in stop motion I don't think people realize."

The Tonight Show video isn't Becker's only work you may have seen.

"The felt stuff has really kind of blown up in the last year or two. The first thing I ever did with felt, funny enough, was for Portlandia," he said.

Have you been to the Moda Center for a Blazers game in the last couple years? He created the introduction videos that play on the big screen. He even caught the eye of Lizzo and created a lyric music video for her song, "Truth Hurts."

He says all the hard work and sleepless nights are worth it.

"It's a hard job, I question my life choices sometimes! It's very rewarding when it's done. There's nothing quite like watching the end results. So it's always worth it when you get to the finish line."

You can catch The Tonight Show with Jimmy Fallon weeknights on KGW at 11:35pm.

RELATED: Watch this artist transform a driveway into a chalk masterpiece for medical heroes