The community center was one of dozens of buildings destroyed in the Holiday Farm Fire, but the time capsule was put in the perfect spot to survive. 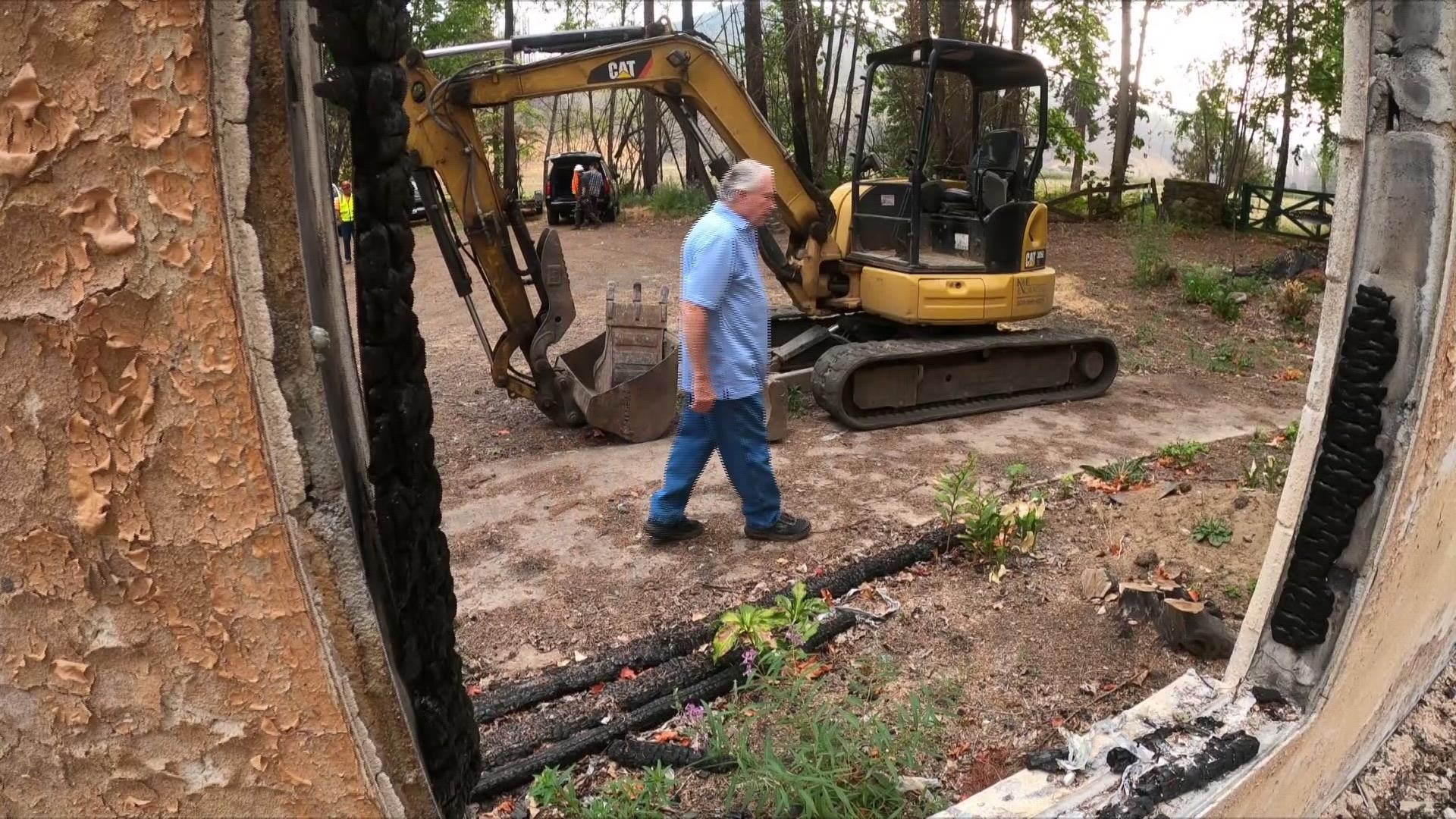 VIDA, Ore. — The Vida Community Center sat overlooking the McKenzie River since it was built in 1949. It was used for meetings, holiday parties and receptions for more than 70 years, until the Holiday Farm Fire swept through in September 2020.

Today, it's nothing more than burned cinder block walls, with piles of rubble scattered inside what was once the community center's main room.

When the center was being built, members placed a time capsule on the property. Walter Wilson, the community center's current president, knew about the capsule and was pretty sure he knew where it was buried.

"It's in the ground, underneath that corner over there," Wilson told construction crews getting ready to help dig near a corner of the building. On the base of the wall's corner was a cinder block, inscribed with "3-20-49."

According to the community center's website, the building's foundation was laid in March 1949. A corner stone laying ceremony was held to commemorate the event. The fire destroyed almost all documents relating to its history.

"All the documentation that I had collected from 1949 were stored here and stored at my house, which also burned down in the fire," said Wilson. "We've lost almost all of the data that was available to us."

As crews pulled up layers of the earth near the building's base, it became clear the time capsule wasn't buried there. The excavator turned to the other side of the corner, but still found nothing but dirt.

A change of plan to slowly tear down the remaining walls — while trying to preserve the inscribed brick — brought the conclusion Wilson hoped for. The time capsule, fully intact, sat inside that inscribed brick.

The time capsule had been placed in a glass bottle and covered in cement.

"We'll see if we can get this thing knocked out now and hopefully get it open and find some exciting stuff in there," said Wilson as he examined the bottle, his face beaming with joy.

With a few taps of a hammer to break the cement at the bottle's base and a couple more using a screw driver to break the base of the glass bottle, Wilson pulled out the contents of the time capsule.

"Goodness sakes, I'm shaking. I'm so nervous about this," he said, trying to unfold the papers at a table. "You just don't realize how exciting this really is for me."

Inside the glass bottle were three papers. One tells a brief history of the community center; the other two are a list of names of members from when the center was built.

What comes next for the community center depends on donations. The community center wasn't properly insured, so the cost of rebuilding will fall to private donors. Wilson said fundraisers will help raise the $750,000 needed. When the center is rebuilt, it will hold a time capsule for a future generation.

"What would we put in there that the people would like to see? We're 70 years after this one here, so what are we going to look at 100 years down the road." Walter said.