FAIRVIEW, Ore. -- A World War II veteran and his wife got a big hand on Thursday as volunteers made thousands of dollars in renovations to their home near Fairview. 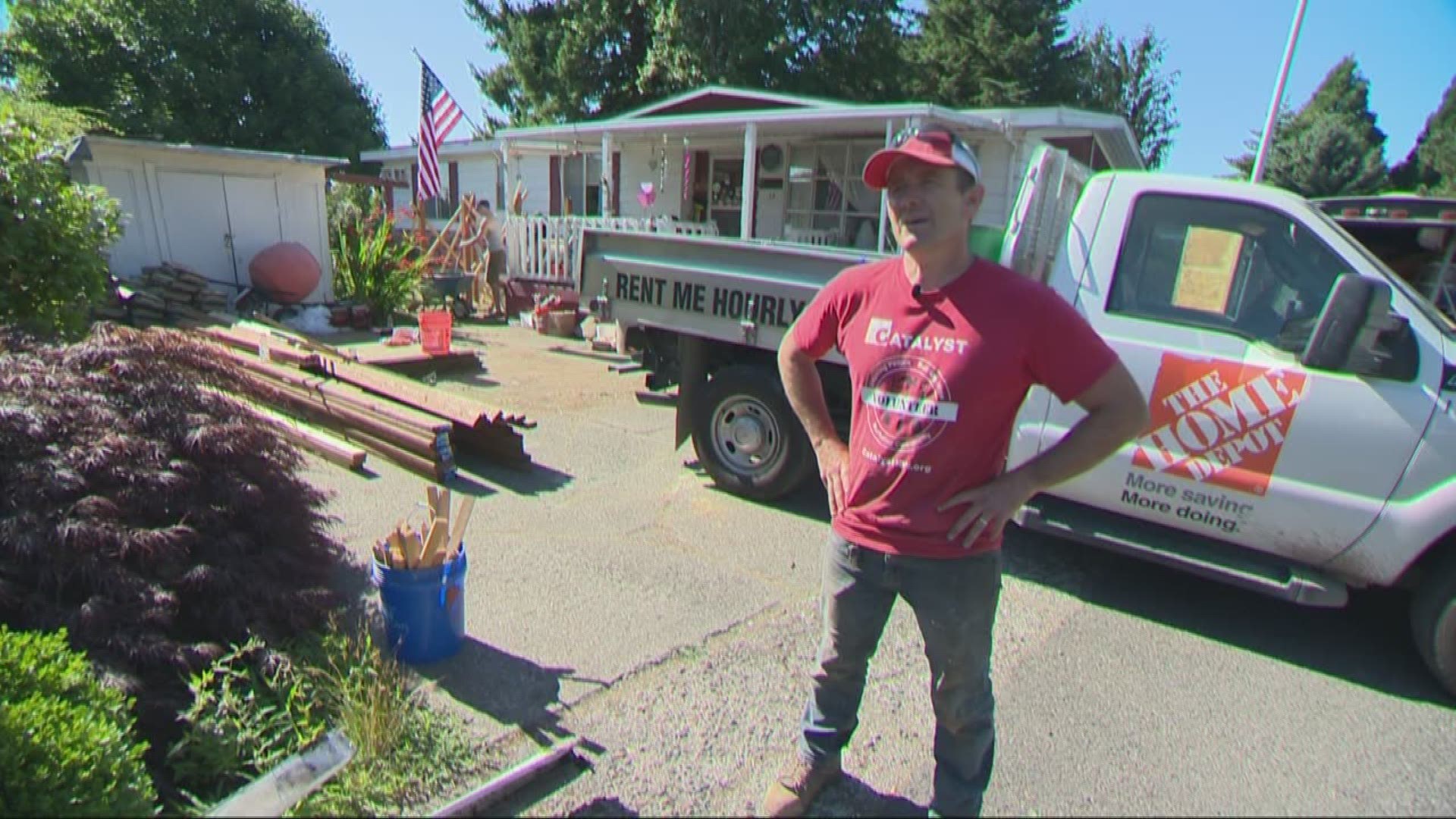 FAIRVIEW, Ore. -- A World War II veteran and his wife got a big hand on Thursday as volunteers made thousands of dollars in renovations to their home near Fairview.

A couple months ago, Palmer and her husband, Bill, learned about Catalyst NW, a nonprofit contractor that does home improvements for people who can't afford them. The couple needed a ramp from their deck to the backyard, especially for Bill.

“He can't get up and down the porch,” said Jean.

“I haven't been in the backyard in two years,” said Bill, who suffered heart failure four years ago.

It wasn't always that way for the 90-year-old. Bill spent four years in the U.S. Navy and fought in World War II. He also fudged on his enlistment papers.

“When they put me on the ship in New Guinea, I was 15,” recalled Bill.

Shawn Mitchell is executive director of Catalyst. His crew members as well as volunteers from The Home Depot wondered who blessed who more on Thursday.

“Because of the volunteers and the donated resources from Home Depot, we're going to be able to do something that's going to change Bill’s life,” said Mitchell.

Besides building a ramp, volunteers spent hours repairing the Palmers' damaged roof, and improving their backyard and garden.

“Just making it pretty and enjoyable,” said volunteer Cherie Goodale, who manages the garden department at The Home Depot in Troutdale. She and other volunteers from the store used their days off to help the Palmers.

“[Jean] had a little bit of tears because she said nobody had ever done anything like this before,” said Goodale.

A volunteer also gave Bill something for the deck.

A symbol that meant just a little bit more that day and a house that felt more than ever, like home.

“I don't know where it came from except from the lord,” said Jean. “This is just amazing to me... just amazing.”