The practice of using helicopters began in the mid-1970s as a way to speed up the process of getting the trees from the field to the trucks. 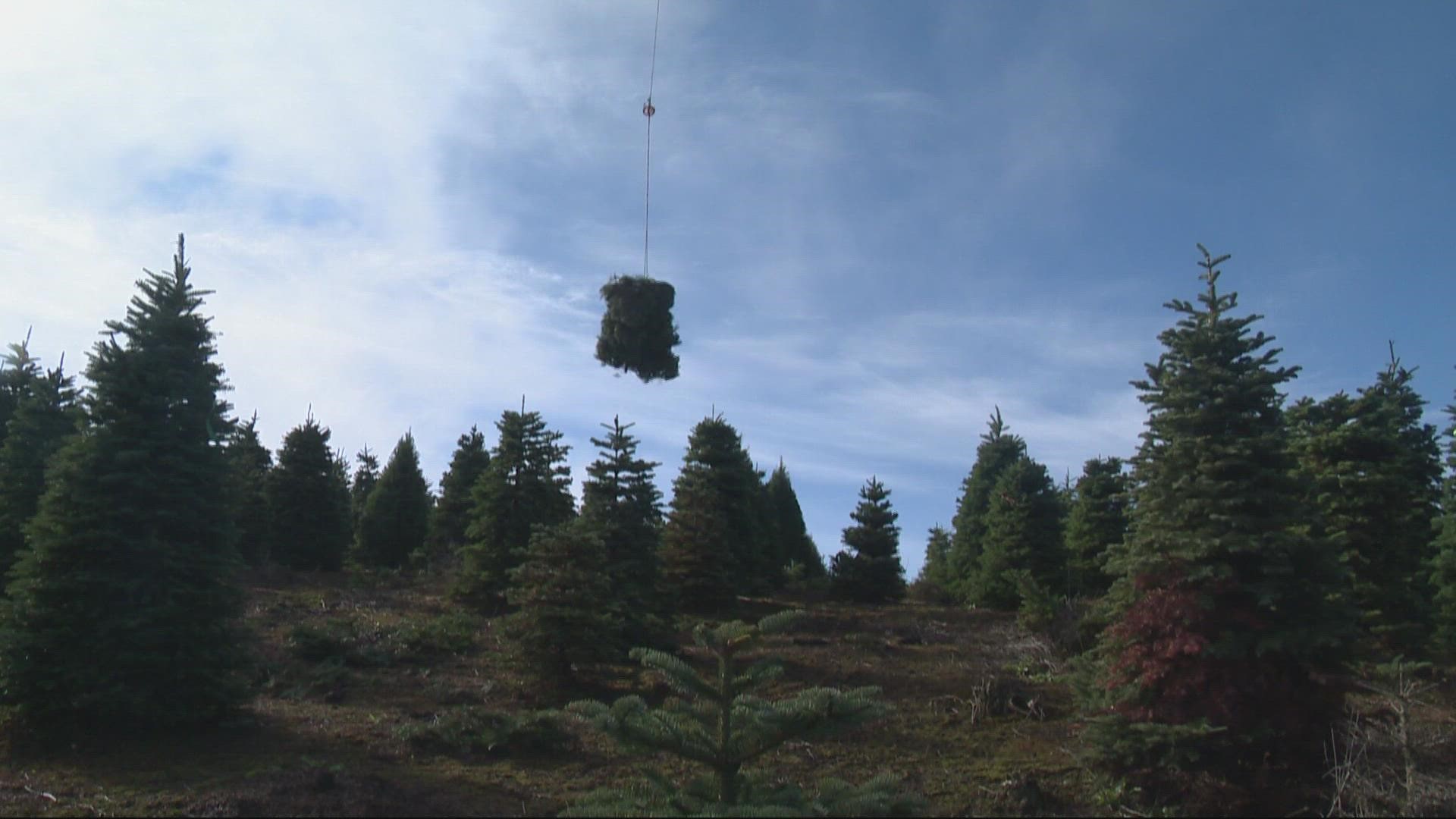 SALEM, Ore — Take in the smells at Noble Mountain Tree Farm in Salem and you might get a mixture of freshly cut tree mixed with a hint of jet fuel.

There's no Christmas music playing here, just the sounds of helicopter blades swirling above as the farm harvests more than half a million trees from its 2,000 acre farm, sending them as far away as Dubai, Singapore and Hong Kong.

November is the beginning of the busy season for Christmas tree farms like Noble Mountain.

"This is the most hectic time of the year for Christmas tree growers. We're working seven days a week, daylight to dark," said Bob Schaefer, general manager of Noble Mountain Tree Farm. "One good thing is daylight to dark isn't 16 hours like it's in the summertime for other agricultural commodities."

To get the trees from farm to truck, the process runs like a well-oiled machine. Workers bundle 8-10 trees together and tie them up. A helicopter hovers around 50-feet off the ground, as a worker below attaches the bundled trees to a hook hanging down from the helicopter. Within seconds after the two are connected, the helicopter pilot lifts off the ground and carries the bundle of trees to a nearby truck and drops them in. Within seconds, the process is over as the pilot navigates to the next pile to grab the next one. It's a practice most large tree farms use.

"Pilots are going to make or break your production. We have very highly skilled pilots and it pencils out very, very well compared to having a crew of 1,000 out here hand carrying the trees to the roads and putting them in trucks and trailers and tractors and stuff like that." Schaefer said.

According to Schaefer, in the mid-1970s, Noble Mountain Tree Farm revolutionized how the trees would get harvested. They took a chance and used a helicopter.

RELATED: What experts are saying about the holiday shopping season this year

"We put all our eggs in one basket. It was the first year of production for us. If we had not succeeded with helicopters, we would probably not be in business today," Schaefer said.

Christmas trees are more than a $100 million dollar industry in Oregon, making the state the top producer in the nation.

Each year, the beginning of the harvest depends on the date Thanksgiving falls on, along with consumer demand.

"Every thing seems to be getting purchased earlier and earlier. My wife is buying pumpkins for our decorations in September and so consumer buying habits seem to be moving forward. So we're just adjusting our productions to make trees available for them when they want them," Schaefer said.

What kind of Christmas tree do you prefer? 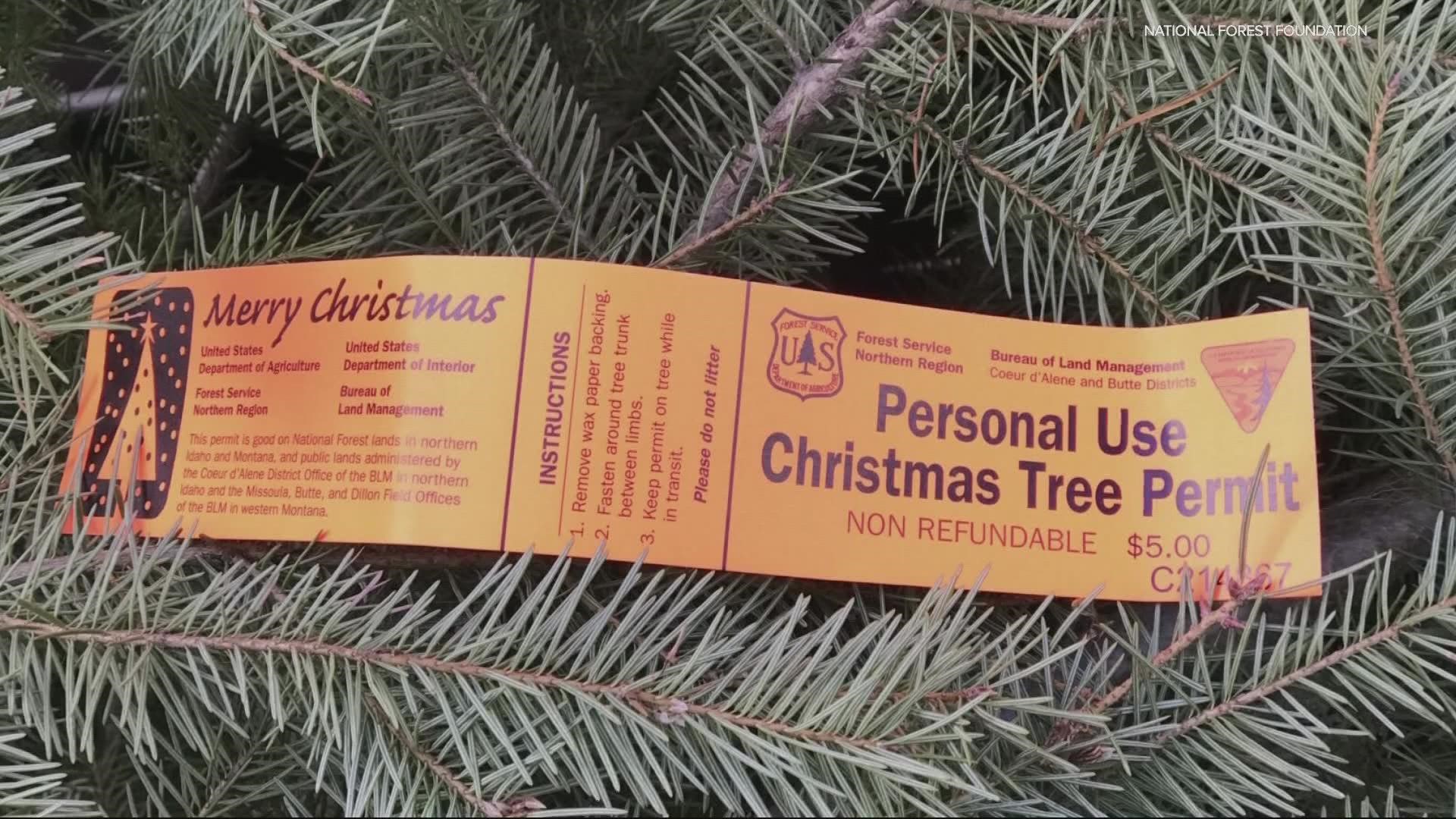