Painting stolen by Nazis stays in Alexandria, for now. Ukraine eventually needs it back

Ukraine has yet to send the funds needed to ship a stolen painting back across the Atlantic. The public can see it in Old Town in the meantime. 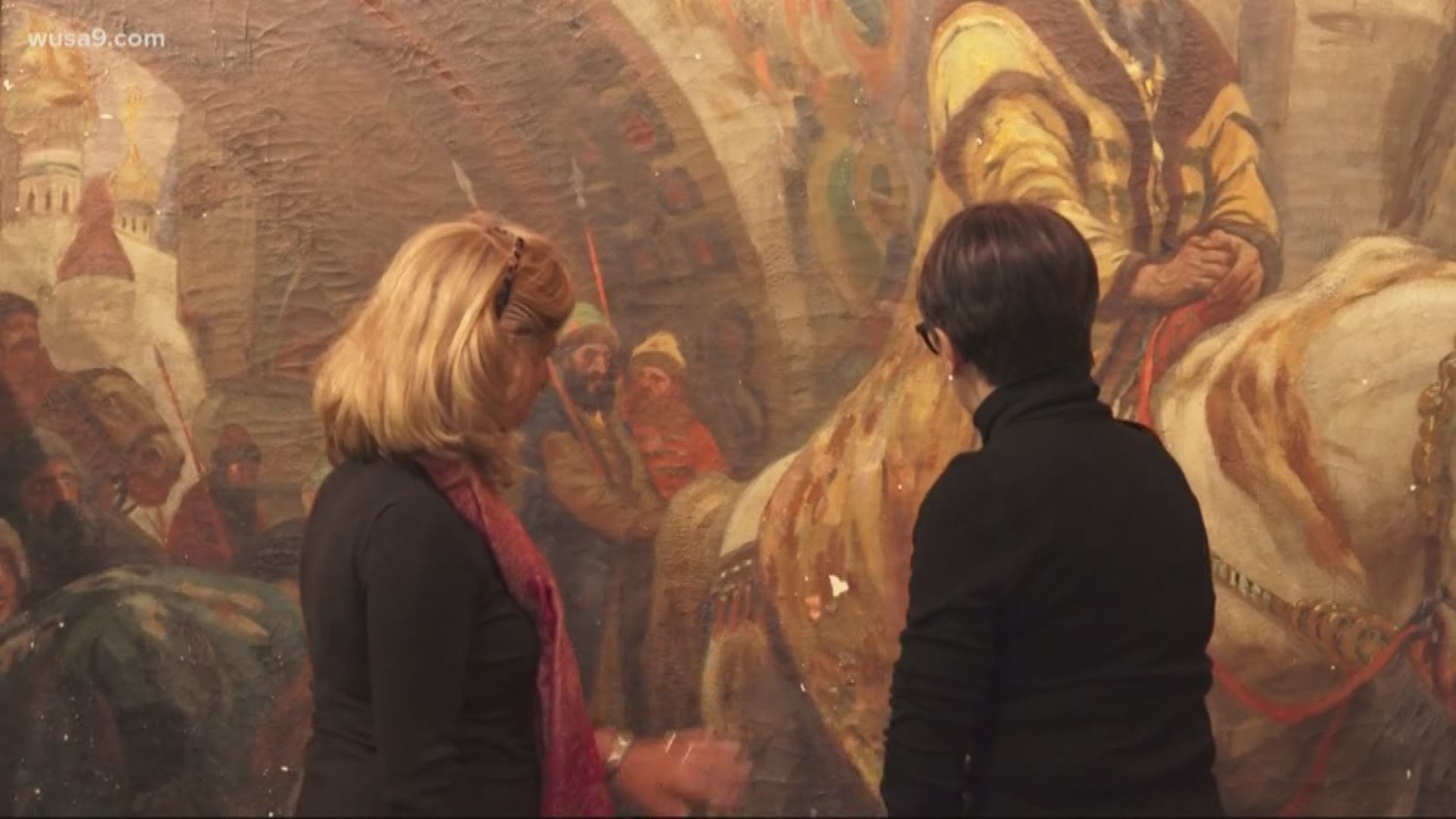 ALEXANDRIA, Va. — A painting of an infamous Russian tsar was once thought lost to the pillages of Nazi Germany -- stolen from a Ukrainian art museum nearly 80 years ago.

But the nearly life-size portrait of Ivan the Terrible recently resurfaced in an American home, identified by the art researchers from Alexandria’s Potomack Company.

"People lived with it for decades, not knowing that it had been stolen from a Ukrainian museum," Potomack CEO Elizabeth Wainstein said. "But we found an old Russian document that listed the painting as destroyed during World War II."

RELATED: 'If a wall didn’t work in Germany, it won’t work in America'| German artists reflect on historic Berlin Wall

Wainstein and her employees notified the FBI, and agents eventually assisted in an authentication of the re-discovery.

Yet after a September ceremony commemorating the painting’s technical return to Ukraine, the massive canvass has yet to leave Alexandria.

The delay exists simply because Ukraine has yet to find the funds needed to properly ship the painting back to the Dnepropetrovsk State Art Museum. In the meantime, Potomack plans to publicly display Ivan this weekend for crowds in Old Town.

"We still have the painting here, so we thought we'd invite the public to come in and see it," Wainstein said.

"We’re more than happy to care for it, and [the Ukrainians] have been incredibly gracious and so happy that America is returning this painting," she said.