Studies have shown that turbine blades kill hundreds of thousands of birds every year, including some that are endangered. 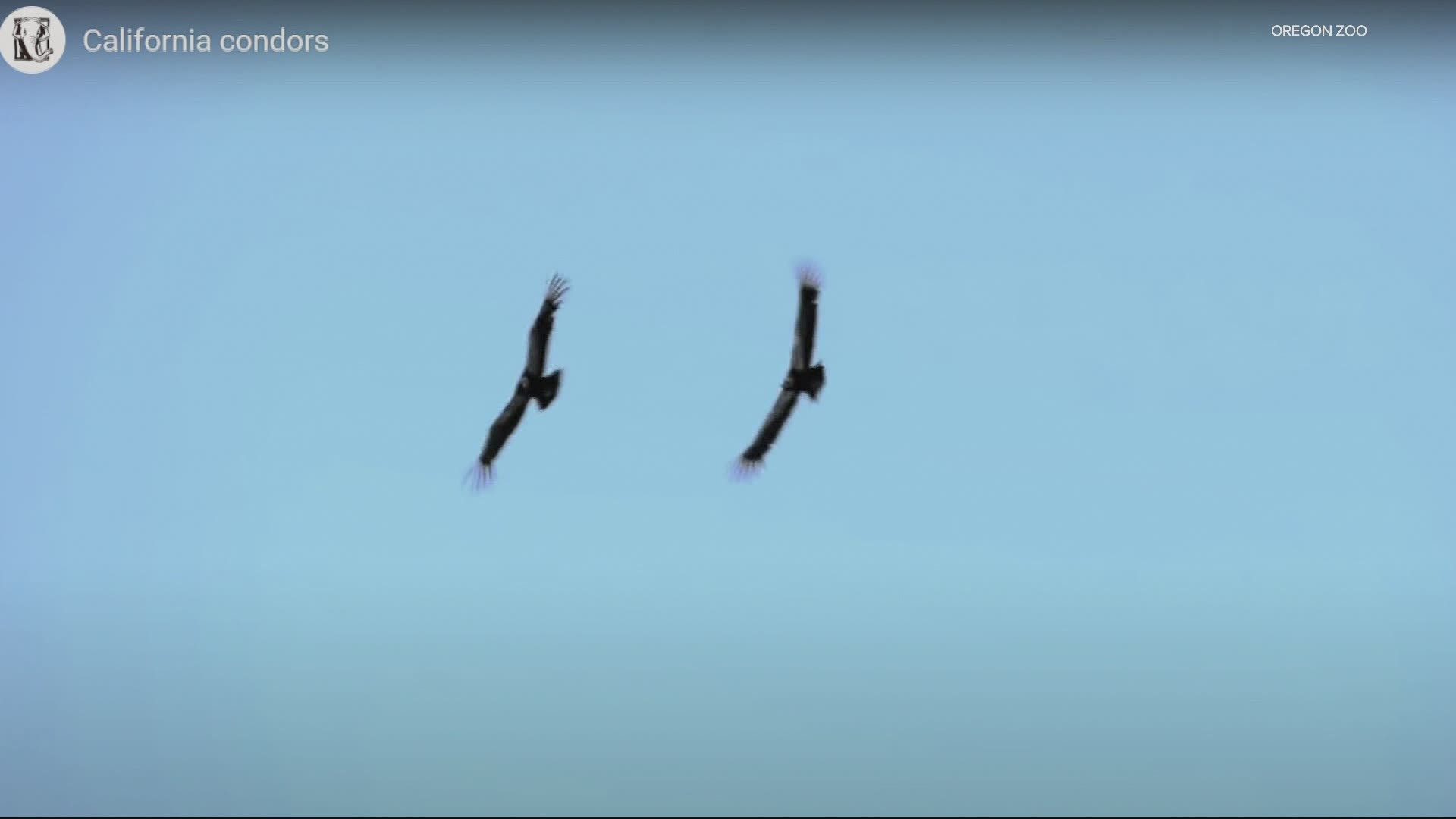 PORTLAND, Ore. — A Portland-based wind energy company, Avangrid Renewables, has teamed up with the Oregon Zoo to help protect an endangered bird: the California Condor.

Thousands of wind turbines generate energy while offering a clean and green alternative to fossil fuel.

However, there is a downside. Studies have shown that turbine blades kill hundreds of thousands of birds every year, including some that are endangered. So far, critically endangered California Condors have come out OK.

"There have been no instances of condor fatalities as a result of wind farms so, it's not happened," said Morgan Pitts, the communications manager for Avangrid Renewables.

Pitts said the company is working to make sure the condor population is not impacted by wind turbines.

The company's Manzana wind farm in California sits in an area that is also the natural range for condors. The company uses GPS technology to help protect the birds.

"Most free flying condors are equipped with GPS transmitters by the U.S. Fish and Wildlife Service and we use a geo-fence technology which basically senses for the presence of those tags," said Pitts.

When a condor is detected in the area, the company will then shutdown the turbines to allow the birds to pass through.

The company recently teamed up with the Oregon Zoo to further help the condors.

"This is part of a conservation plan that was approved by the U.S. Fish and Wildlife service who were also involved in its development," said Pitts.

For nearly two decades, the Oregon Zoo has helped bring the critically endangered California Condor back from the brink.

The population now is around 500 in the world.

The zoo's Jonsson Center for Wildlife Conservation is a condor breeding facility.

More than 80 chicks have hatched at the center since 2003, and more than 50 Oregon Zoo-reared birds have been released,

The zoo's partnership with Avangrid Renewables includes funding that will support the rearing of six more condors. As the condor population increases and more turbines go up, mitigation will be key.

"There's still a lot of progress still to be made but as the population recovers there will be more of them in the region where wind farms are," said Pitts. "We want to make sure we are enabling that recovery to continue and not doing any harm."