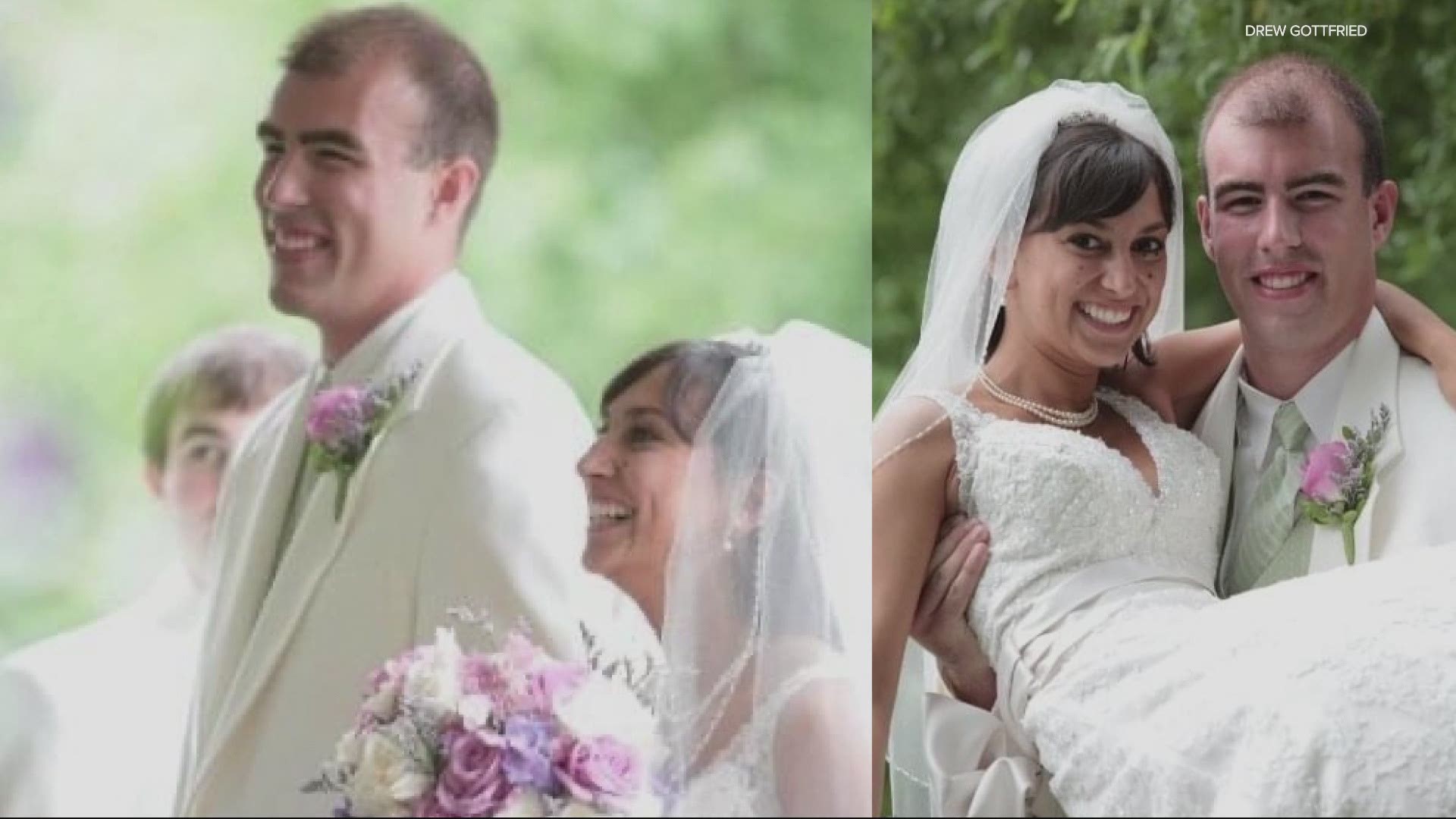 SPRINGFIELD, Ore. — Drew and Kayla Gottfried met at the University of Oregon. They fell in love and got married on July 20, 2007. It was an overcast day in Eugene, and it was the perfect day.

"It was raining around the venue but never rained on them," Drew said. "It was a lot of fun, we got to see friends and family and the photos we have are great. I can remember things that happened throughout both the ceremony and the reception."

The Springfield couple had hired a photographer and a family friend offered to set up a camera in the back to record the ceremony.

"It was just literally the ceremony, awkward zooms in and out. Just very basic video and it was just a family friend. We didn't even pay him or anything," Kayla said.

Their friend gave them the video after they got home from their honeymoon. The Gottfrieds went to get it digitized to a DVD but when they brought it in, they were told the tape was blank.

They talked with their friend, who assured them it was there but couldn't figure out what happened.

"I'm like, 'it's fine,'" Kayla said. "Like I didn't want him to feel bad. And I remember immediately turning and finding my mom and bawling and being like, 'Our wedding videos are gone!' and being so sad about it."

Years went by. The Gottfrieds welcomed two children into their lives and every year would remember their wedding day through photos and the video that was supposed to be.

Then in May, almost 14 years later, another friend was going through some boxes at their church when he found a tape. He texted he had found it, not knowing they had never watched it.

READ: 'It was our life': Alpenrose Dairy memorabilia sold off at auction

"I just couldn't wait to get it and play a little bit of it and see that it was really for real because it had been so long and we had resigned ourselves to it being gone forever and never seeing it again," Drew said.

He knew he wanted to surprise his wife with the video for their 14th anniversary, which was in two months. So he called a local theater, the Broadway Metro in Eugene, and rented a screen for a private showing on their anniversary.

"I had them play like three previews before, just to keep the suspense going because she had no idea. Then it popped on," Drew said.

"When it popped up and I realized it was our wedding, I was just like in utter disbelief," Kayla said. "I remember trying to ask him, how do you have video of this? I couldn't because I was cry laughing."

Drew told Kayla he wanted to record her reaction. She had no idea what was about to show on the screen.

The video was posted to TikTok. Drew said it was so he could easily share it with friends and family.

"The next morning, he wakes up and I hear him going, 'Well that escalated quickly,'" Kayla said.

A week after posting it, it has been seen by more than 6 million users and has over 1 million likes.

"I posted it and now I don't have any way to beat that one," Drew said.

The wedding video they thought they had lost forever is theirs to keep and now — with new memories to go with it.

"That night in and of itself was so amazing. It was such an incredible experience to have your wedding videos that you've never seen pop up on a screen," said Kayla.