If you've eaten the famous Salt and Straw ice cream, you've benefited from her work. 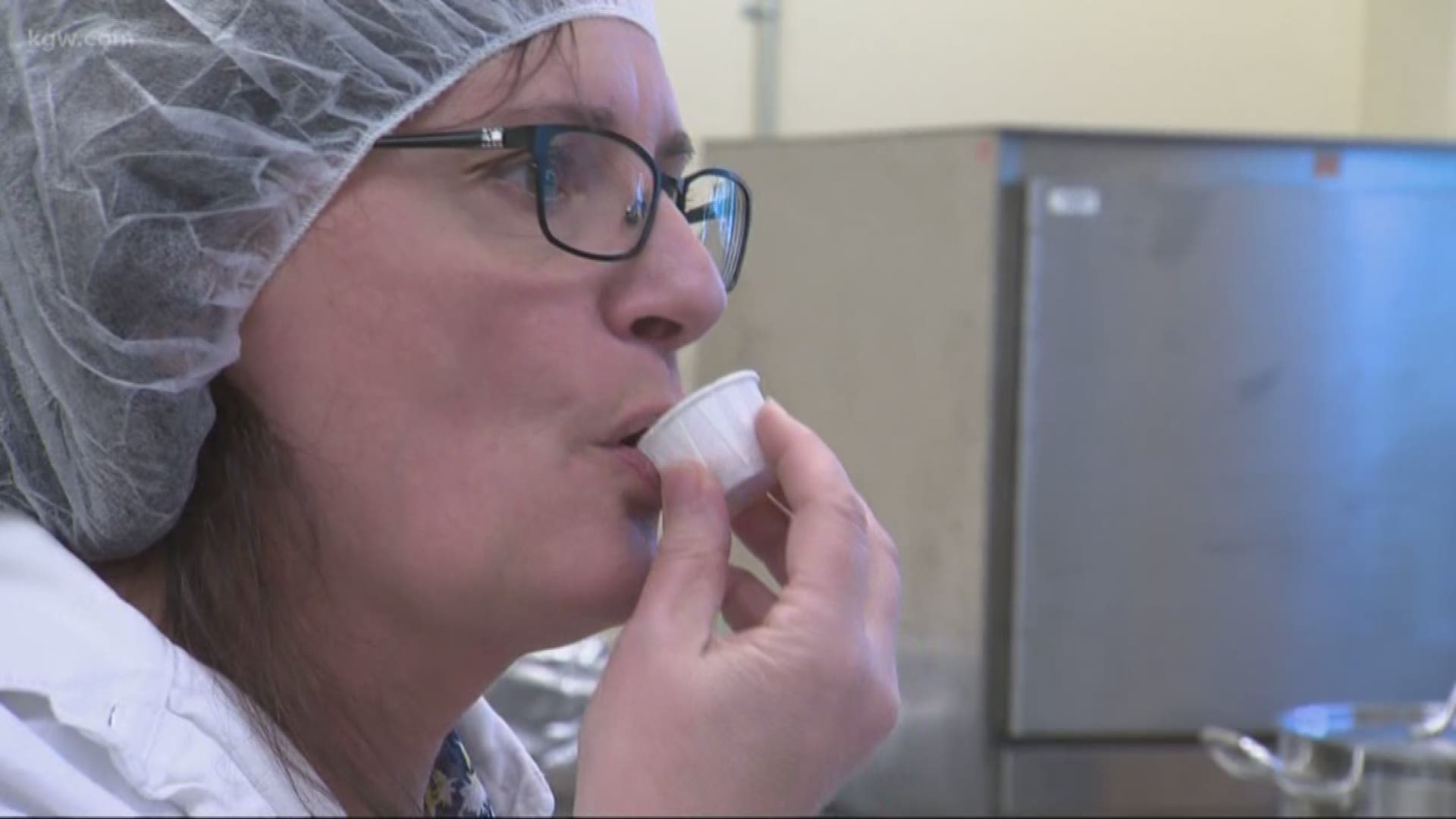 PORTLAND, Ore. -- A Portland area woman is getting acclaim for having a "million-dollar palate."

Sarah Masoni has a highly developed sense of taste. She can eat a food then figure out the correct recipe to recreate it.

If you've eaten the famous Salt and Straw ice cream, you've benefited from her work.

Masoni is the director of product and process development program at Oregon State University’s Food Innovation Center located in Portland.

She's had her fingers in lots of recipes over the past 18 years. And there are many more in development.

In one lab, she's helping Shunsuke Ishida, who moved here from Japan, to launch his product called Eggurt. It is a high protein drink using egg whites that is already for sale in area stores.

Masoni is helping him refine the flavor for the American market.

For a test batch, he's used agave as a sweetener instead of sugar. She takes a sip from a tester cup.

“Actually, I think the new one is a little bit cleaner flavor,” she said.

The Food Innovation Center not only helps with flavor and recipes, it also acts as a business incubator, pairing entrepreneurs with ingredient suppliers on one side and retail customers on the other.

Masoni believes every product should tell a story.

She recently worked with Bob's Red Mill on an organic oatmeal that tells the story of a beach, she thinks.

“The coconut pineapple has the taste that you are on the beach in Hawaii of course. Yeah, it’s really good,” she said smiling.