A Portland man pulled someone from the water at Alki Beach in Seattle Wednesday night. 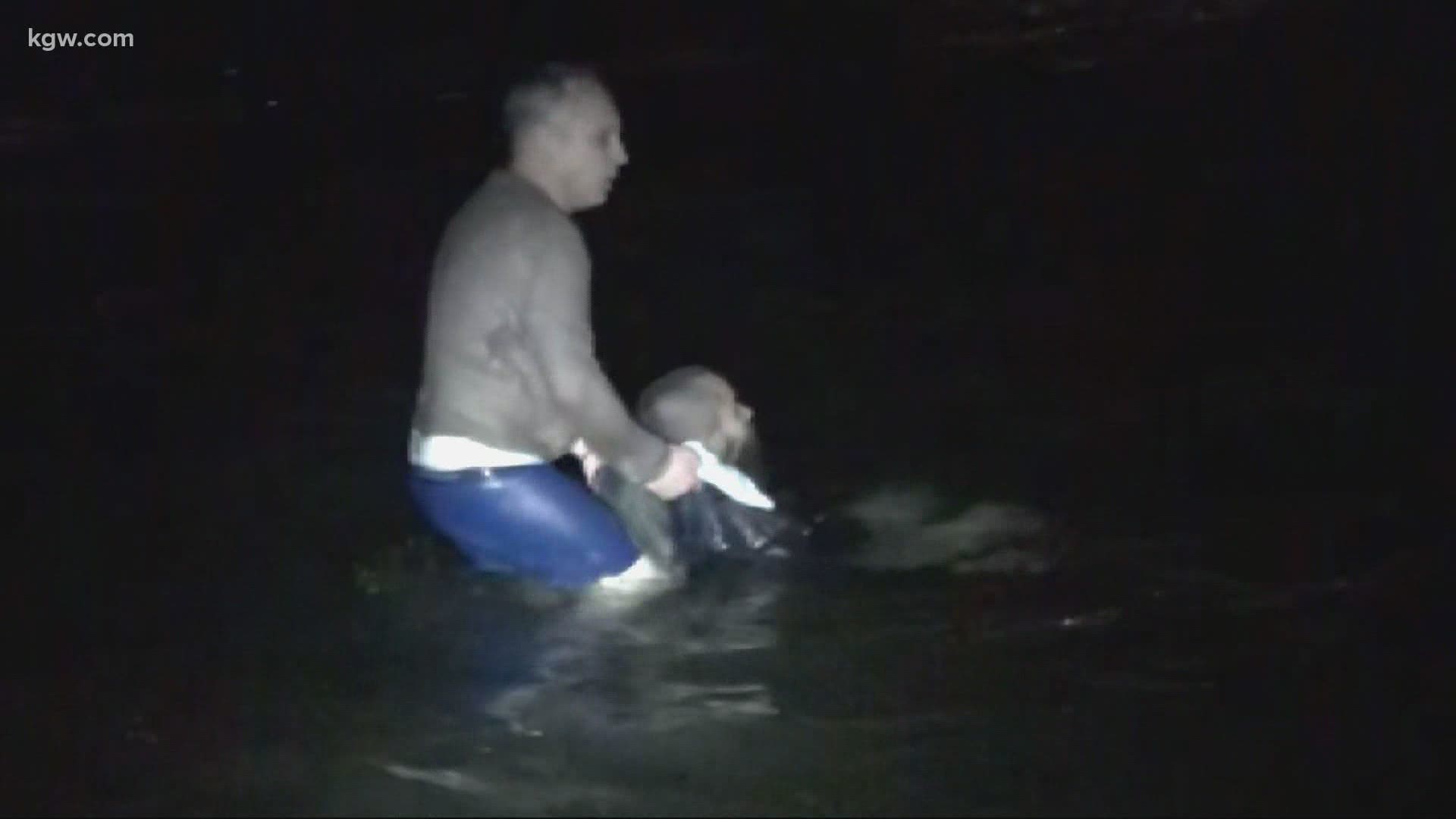 Doug King lives in Portland now, but he grew up in Seattle. He was visiting some family at Alki Beach when he heard what sounded like someone struggling in the water.

"We could tell there was someone out in the water," King said. "We were able to shine the headlight out and saw something out there. At that point, it was clear that someone was drowning."

"The water was very cold," King said. "They were concerned about hypothermia when we got him to shore."

King said the man did not speak much or give him a lot of information about how he got into the water. King suspects the man could be homeless. Regardless, he's just glad he was there to help.

"It was just in time," King said. "We were in the right place at the right time to hear someone. If we hadn't heard him, he probably would have just disappeared."

King said the man was alive and taken to the hospital by paramedics. He said he doesn't feel like a hero; he just wanted to lend someone a helping hand in a time of need.