With camping more popular than ever, a Portland-based app called The Dyrt makes it easier to score a great camping spot. 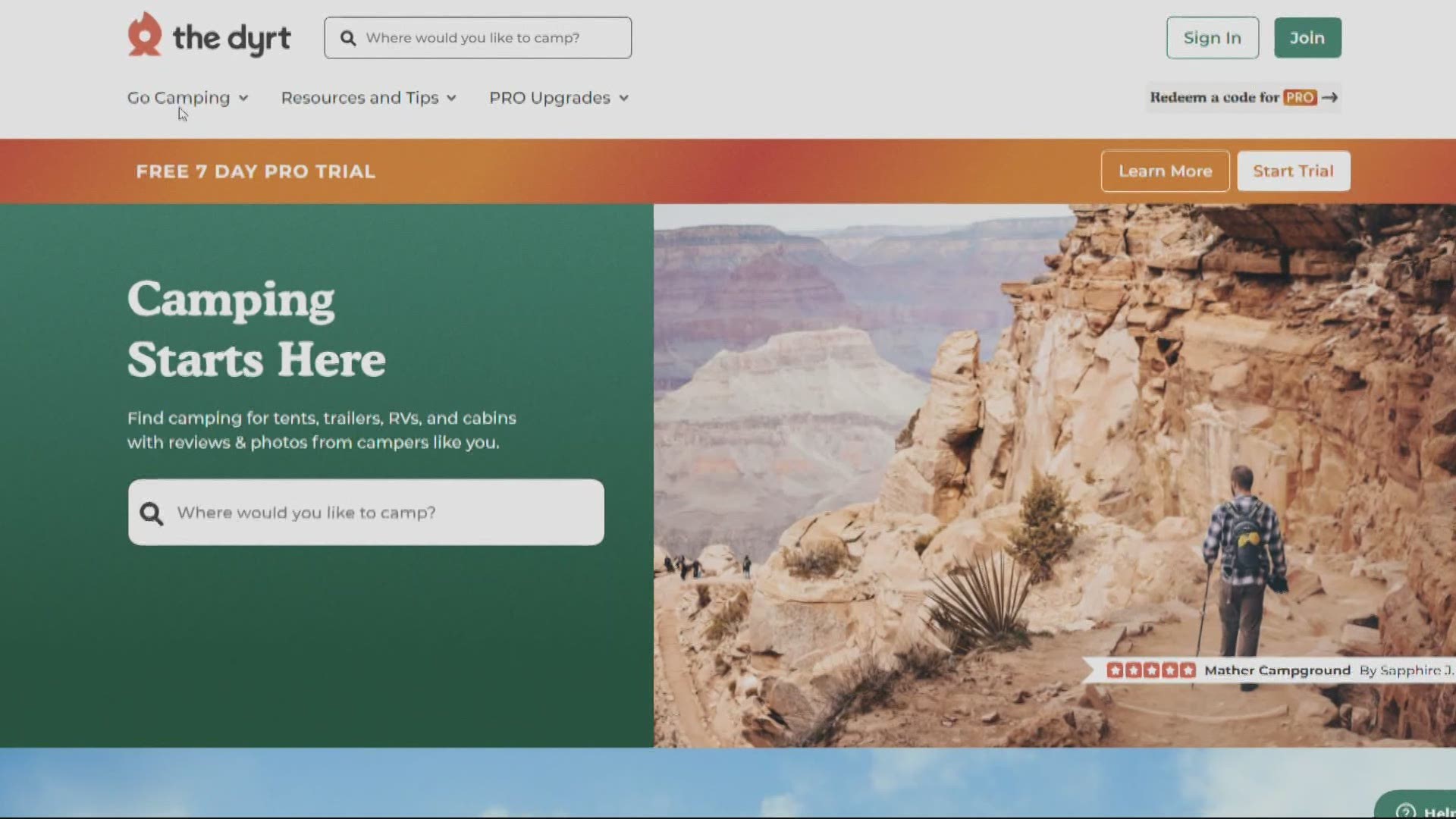 PORTLAND, Ore. — More and more people are getting out in nature and campgrounds are filling up faster than ever.

But Portland-based company called The Dyrt has an app to help you find all the free camping you can handle, along with every other type of camping experience.

“The Dyrt makes it easier to find camping," said co-founder Sarah Smith. "We have the most campgrounds listed on our platform than anyone on the internet and we have the most photos, videos and reviews of campgrounds."

Smith and her husband Kevin Long started the company seven years ago.

“Camping has exploded in popularity. Millions of new campers have come online this year, so campgrounds are getting full,” said Long. “So when you look at what are some other options, dispersed camping on free public land is a great option because there's a lot of public land and a lot of free camping potential.”

Long said the biggest fear people have about camping on public lands outside of traditional campgrounds is that they're not experienced enough to do it. He and Smith said to just be prepared, follow local regulations and leave no trace, and the rewards can be great.

“We will stay in a place for a weekend and not see another human being, absolutely incredible. And the peace of mind you get from being out there, it's amazing,” said Long.

Long and Smith said they have grown The Dyrt into one of the most popular camping apps on the market. They have 40 employees helping to keep it going. Now the couple is set for a big adventure in a new camping van they just bought.

“Sarah and I, as married cofounders, after seven years are finally living the dream,” said Long.

Starting Saturday, they are hitting the road for six months and exploring dozens of campsites along the way.