NETARTS, Ore. — It was a Saturday morning on the Oregon Coast and most people were heading to Netarts Bay to go crabbing. Also on the beach were more than a half dozen members of the local fire district working on the water. They were in dry suits and on Jet Skis, practicing water rescue. Most are volunteers, giving up their weekend to train and keep current on life-saving skills.

Fire District 61 has four paid staff members and 15 volunteer firefighters that serve the small communities of Netarts and Oceanside in Tillamook County. The water rescue team is mostly unpaid volunteers who are on-call and ready to rescue you if you need it.

KGW got a unique opportunity to document the training day on Netarts Bay. Our crew went along and literally got wet to tell the story about these difference-makers in their communities. Photographer Chad DeHart and I used a drone, news camera and GoPro cameras to cover all the angles of water rescue. 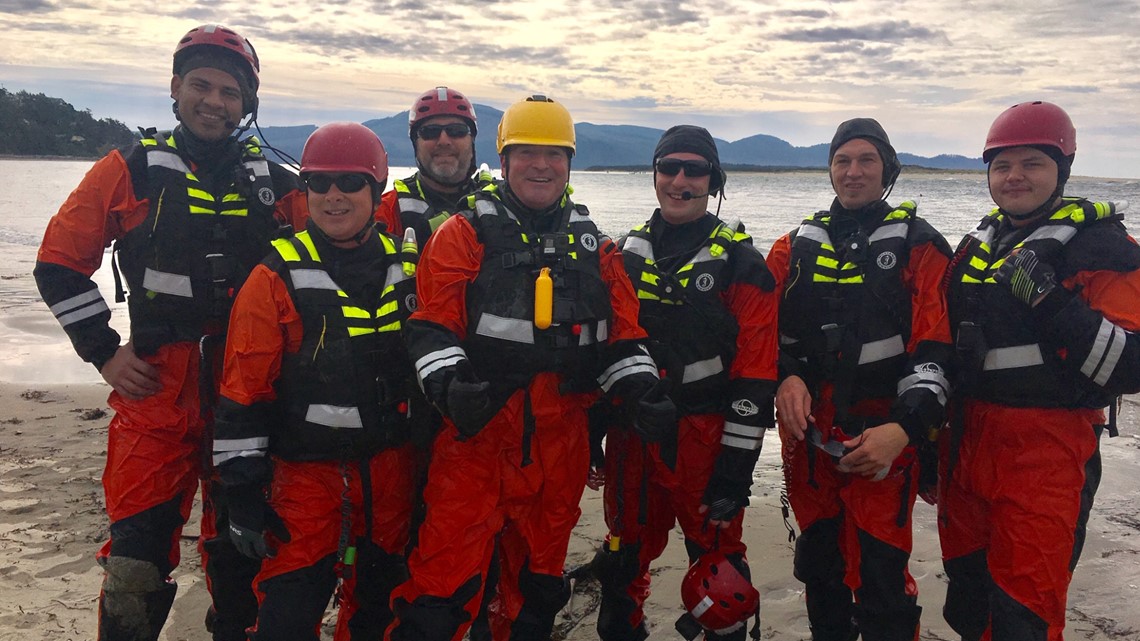 I actually suited up and jumped in the bay to experience what it's like to be rescued from the water.

The team used two Jet Skis with boards attached to the back. One was generally used for rescuers, the other for victims.

I experienced the skill of the team as I played the victim. Rescuers scooped me out of the water more than once, and each time it was a successful mission.

I realized that even uninjured and in a dry suit, you quickly feel alone in the 50-degree saltwater. But I knew I was in good hands, and it was an awesome thing to experience being rescued so I could tell this story.

The team of seven in the water drill every first Saturday of the month and are certified in water rescue through their department training. Netarts-Oceanside District 61 developed a water rescue program in 1996 and got their watercraft in place beginning in 1998.

It's a big responsibility for a small, mostly volunteer department. And they take it a step further through mutual-aid agreements, responding to emergencies along 30 miles of coastline from Pacific City to the South Jetty of Tillamook Bay.

Carpenter is proud of his volunteers and the work they do to protect people who live at or visit the coast.

"They're priceless. They're great citizens of their community, they like being part of the organization, they like helping people," Carpenter said. "Volunteer firefighters are few and far between anymore, unfortunately. And we always need more."

Carpenter said water rescue is serious business. All too often the Pacific Ocean turns emergencies into recovery efforts. He asks all who spend time around the water to pay attention and stay safe. The advice to never turn your back on the ocean holds true every day.

MORE: Homeless woman swims to save drowning man in Salem