The MealPass app allows restaurants and grocery stores to donate food they might otherwise throw away. 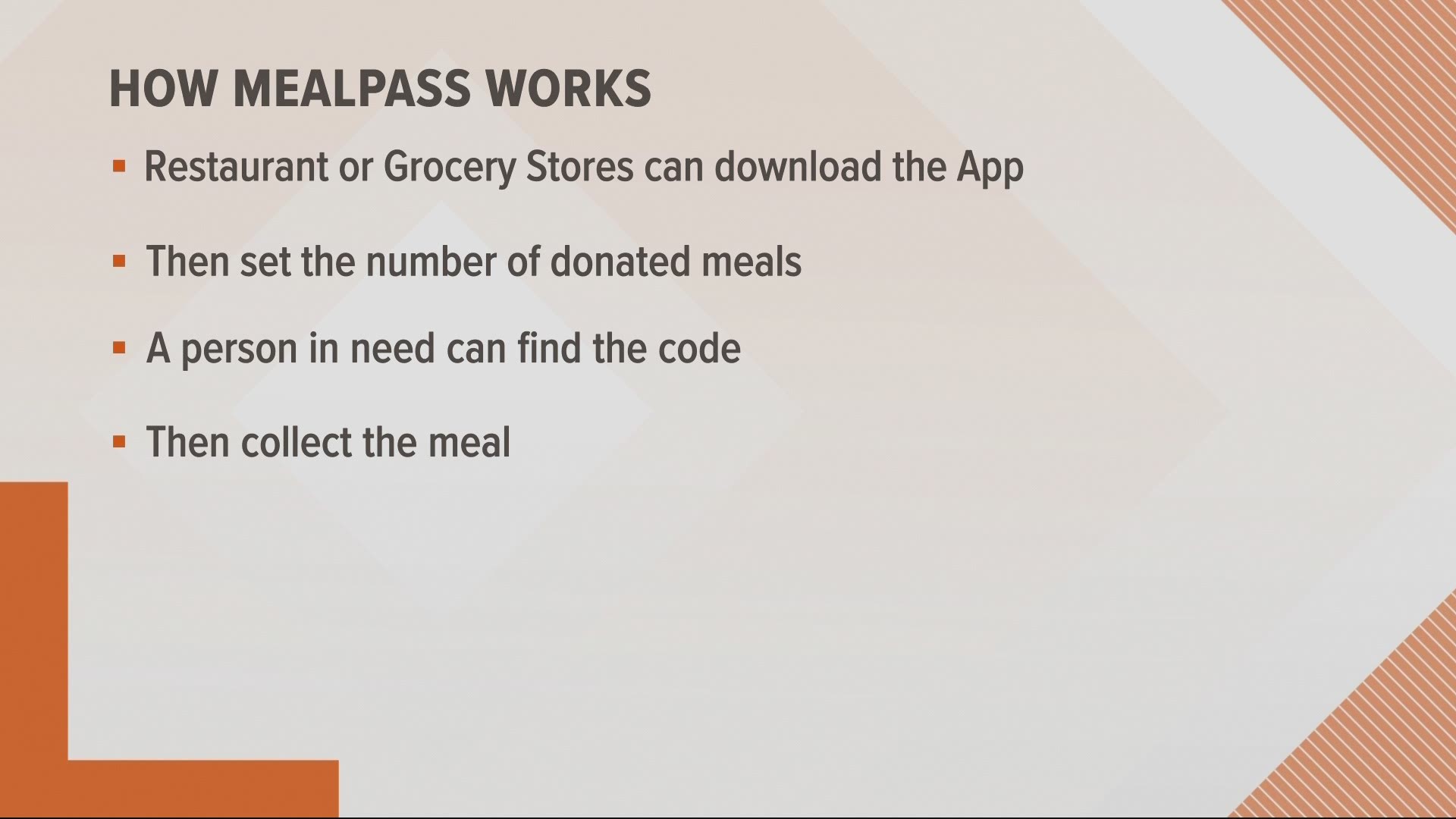 PORTLAND, Ore. — A new app designed to help people in need find free meals is being tested in Portland. The MealPass app allows restaurants, grocery stores and other businesses to donate food they might otherwise throw away.

Jason Graham-Nye is the CEO of MealPass. He started the company in Australia, where he's from. He lived in Portland for several years before he and his family moved back home.

"We have now partnered with Sonic, the burger chain," Graham-Nye said. "We are now serving meals twice a day, via Sonic, to those in Portland."

Graham-Nye said they are looking to hire more people in Portland, to recruit more restaurants and grocery stores. He said in Australia during the three month trial period, MealPass partnered with 400 restaurants, served 55,000 meals and saved 100,000 pounds of food from becoming garbage.

A restaurant or grocery store can download the app and set the number of meals they want to donate. A person in need can find a code through a charity or the actual app, then collect the meal.

"We will bring our fourth store online this week," Wetsel said. "Just in the very short period we've been doing it, I believe we have served 109 orders, to 187 individuals."

Jason would also like to partner with the Oregon Food Bank. Susannah Morgan, the CEO of the food bank, said she appreciates all partnerships that help them get food into the hands of those that need it.

If you're interested in working for MealPass, email Kim@mealpass.org. You can also checkout the website at www.mealpass.org.