ALS may have changed the script for Rachel and Evan, but they're determined their love story isn't finished, and they will be the ones to write it. 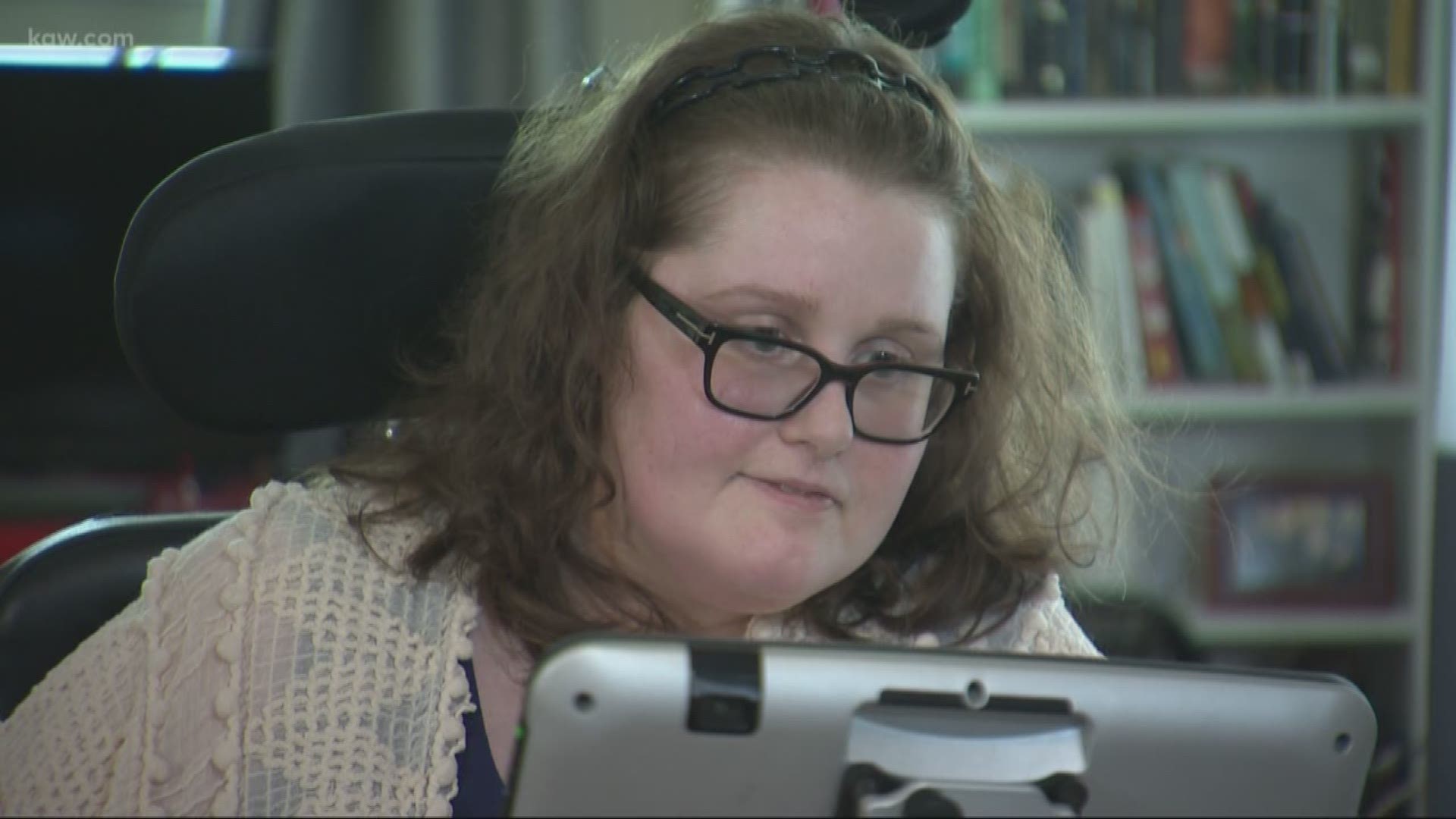 On the KGW News app? Tap for a multimedia article

Many people living with the disease ALS would love to see another viral phenomenon to raise awareness like the “Ice Bucket Challenge.”

Three summers ago, people all over the world lined up to dump a bucket of ice water on their heads and challenge their friends to do it, too. Videos of celebrities, politicians, and everyday people taking the challenge became a social media phenomenon.

Today, many ALS patients wish the attention to their disease was more than a temporary viral sensation. Because for them, time is critical.

Vancouver's Rachel Doboga uses a wheelchair now, but she is standing up to the disease and fighting for a cure with everything she has.

Rachel was diagnosed with ALS when she was just 28. She was a school teacher in Northern California teaching English to fifth and sixth grade students.

ALS started in Rachel’s left ankle and worked its way up before spreading to her right leg. She started falling down.

She was so young, doctors at first didn't believe it could be ALS.

In little more than two years, the disease has robbed her of many of her motor skills. She can no longer walk or feed herself, and has difficulty speaking.

She uses a speech tablet that tracks her rapid eye movement to write out her thoughts. The device, nicknamed Tobi, translates her words into speech. And it's given her a weapon in her fight to raise awareness about ALS and recruit others to help find a cure.

Rachel writes about her life living with ALS. Her blogs appear in a regular column on the ALS Worldwide website. She's also been published in Huffington Post.

"It gives me purpose and a way to fight back. I also find joy and peace in the act of writing. I don't know how I'd live without it," said Rachel.

Her husband, Evan, quit his job at Portland's Sniff Dog Hotel to stay home and care for Rachel full time.

Rachel described her life living with ALS, and Evan translated her feelings.

"Never in her worst nightmare did she imagine something like this would happen and she would lose everything. But we still live our lives every day," Evan said.

Their wedding anniversary is coming up on March 29. As they looked through their wedding album together, they laughed at the memories.

"We did a swing dance for our first dance. Rachel was a ballet dancer. The way she moved she'd just throw them into everyday movements. The way she put something in the oven or picked up a notebook, she danced," Evan said.

It's not the story Rachel and Evan planned together when they married nine years ago, but it is a love story.

In spite of the pain and daily struggles, they try to find humor and joy in life.

"You can either live your life positively when something is taken away or live in your suffering in a dark place. We've chosen to live for others and for each other. We are still trying to live our lives, have fun, and be a couple," Evan said.

Evan is there for her every need, making sure she gets proper nutrition through her feeding tube several times a day.

As he gave Rachel her medication, he said, "My friend who is a vet saw me doing this and said that's quite a medication protocol you have there."

Evan and Rachel laughed at that. Rachel's glasses slipped down her nose. Evan smiled and put them back in place. He's there for all those little touches she can no longer do herself.

They get a lot of support in coping with ALS from a world-renowned clinic at Providence Portland.

Rachel and Evan moved to the metro area just to be near it, and close to Dr. Kimberly Goslin. ALS patients come from all over the country to see her.

"My doctors in California told me I might want to consider moving to Portland. There's a doctor there who has the attitude that the story isn't already written. Dr. Goslin gives me permission to hope," Rachel said through her Tobi tablet.

Dr. Goslin heads up a holistic clinic at Providence. Rachel, Evan and her family wait in one room while nine or ten specialists rotate through. After they meet with Rachel, they'll gather together to discuss how she's doing.

"It's one stop shopping for ALS patients. It's really become the gold standard in treatment.

What they've shown is that kind of care increases life expectancy and quality of life. We are the first ALS Association Center for excellence in Oregon," said Dr. Goslin.

Rachel's parents, Bill and Reene Olcheski, came from Virginia to be with Rachel and Evan for her appointment with Dr. Goslin.

It's been painful for them to watch the disease take its toll on Rachel.

"This is not how you want to see your wonderful daughter. It's been horrible. That's the only way I can say it. It's a nightmare," Reene said.

She and her husband have joined in Rachel's fight against ALS. They have become vocal advocates for more awareness about the disease.

"It's the bankruptcy disease. There is a lot of money that goes into the care of a patient with ALS," Reene Olcheski said. "Not to be political here, but I think the government could kick in more. It's an under-funded disease. We are trying to do what advocacy we can to raise money and awareness and educate people about what it is."

"I think a lot of doctors don't see there is a lot you can do to help these people. A more effective treatment is just around the corner. There's just a lot happening in the research. I feel like there is a lot of reason to be hopeful," said Dr. Goslin.

Every year thousands of people gather in Portland for the ALS Association's "Walk to Defeat ALS."

People living with ALS, their friends and loved ones turn out to remember and honor those who lost their battle, and to offer support to those who continue to struggle and hope for a cure.

In 2016, Rachel and Evan cut the ribbon to start the race around Portland's waterfront.

Credit: KGW
In 2016, Rachel and Evan cut the ribbon to start the race around Portland&#39;s waterfront.

In September 2017, Evan, his Dad, and Rachel's dogs. Malka, and Pickle. took part in the walk again. Rachel, though, felt too sick to attend.

Evan was excited to tell Rachel about the tremendous turnout.

"She is just going to be blown away with all the donations, all the people, the massive line of humanity marching against this disease," Evan remembered.

Back at home, though lying in bed, Rachel continued a march of her own.

She wrote another blog using her Tobi device, hoping her words have power against the formidable foe, ALS.

"Miracles thrive on perseverance and strong hearts. I am undaunted by exhaustion. I am not afraid. From now on if you come looking for me, check the crow's nest. I'll be there on the lookout for miracles," Rachel wrote.

Dr. Goslin dreams of that day, too.

"I have fantasies about the cure coming and being able to hand that out and close the clinic eventually. The hope is there is going to be a really effective treatment soon. The way things are moving in research, it could be four or five years. It's just waiting for that one breakthrough."

Rachel and Evan will keep fighting until that day.

ALS may have changed the script for them, but they're determined their love story isn't finished, and they will be the ones to write it.

For more from the Oregon and SW Washington chapter of the ALS Association, click here. 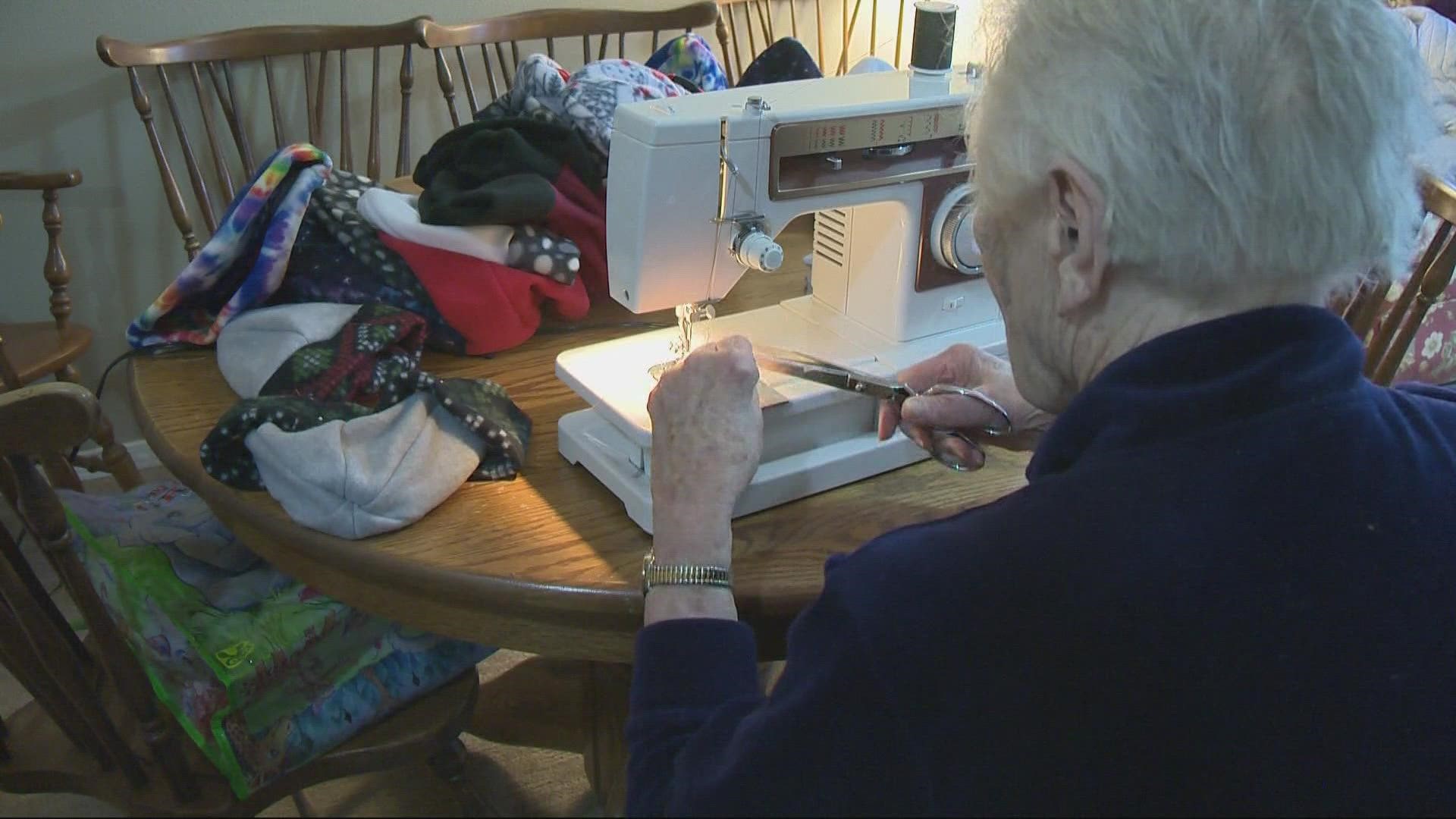