Boyd Levet was at home when the mountain erupted, but minutes later he was on his way to covering the biggest story of his career. 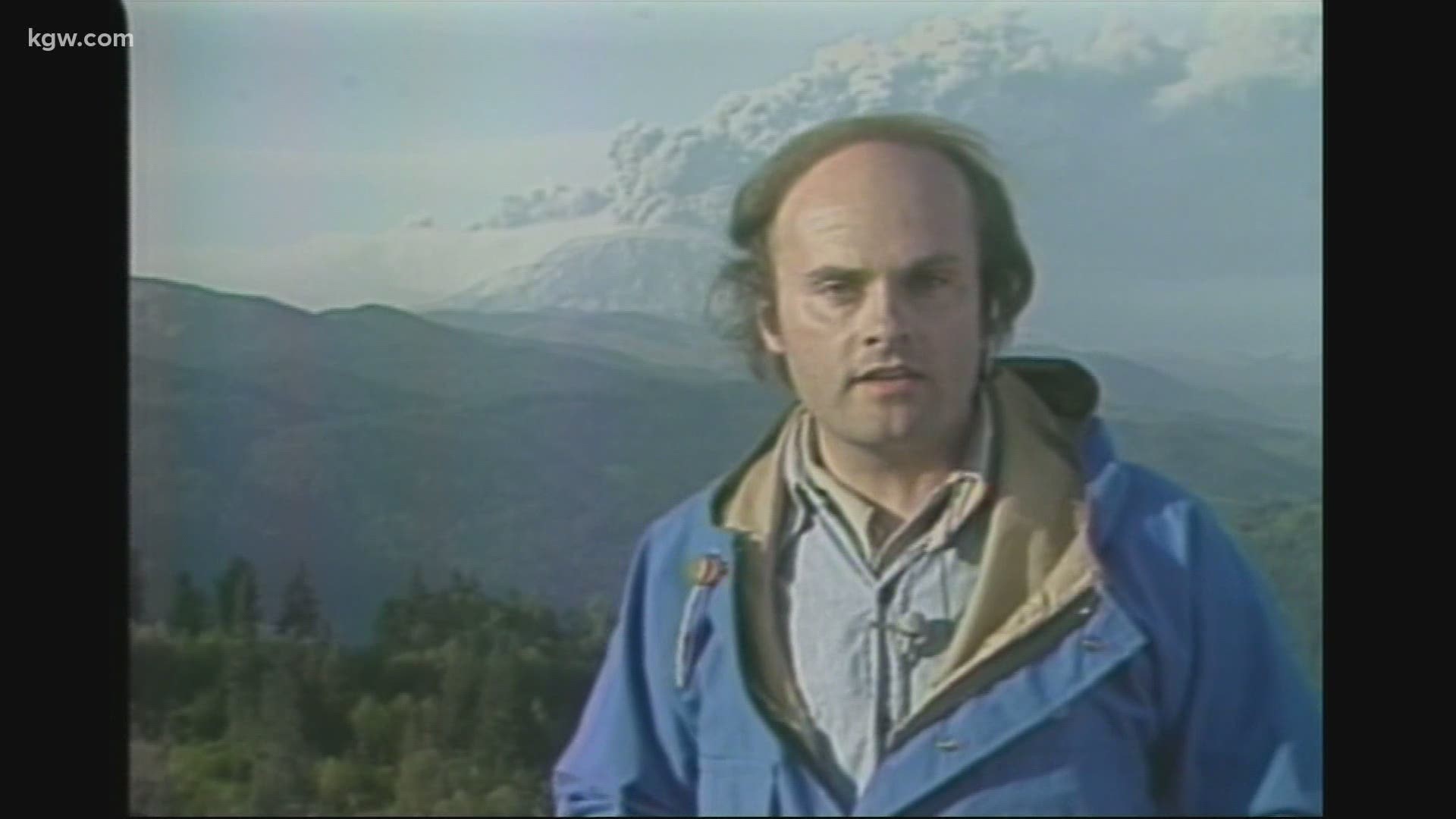 PORTLAND, Ore. — Boyd Levet's career at KGW-TV began in the 1970s, and he continued working at the Station thru the 1990's.  But in all that time, no singular story compared to the one he covered on May 18, 1980 when Mount St. Helens erupted.

Two months before that fateful event, Boyd covered an earthquake on the mountain.  A few days later on March 27, the top of the mountain, in Levet's words, "popped open."  He recalled geologists saying the mountain was, "just releasing its pressure."

Things calmed down for a few weeks, but about a month later a bulge began to form on the north side of the Mountain.

"At one point I stood on the top of the Mountain as the bulge was bulging.  It was growing at the rate of five feet a day, and that was worrisome to everybody,"  Boyd said.

As mid-May approached, the concern among geologists grew.  Then, on May 18th, those concerns became a shocking and unforgettable reality.

The eruption happened on a Sunday morning.  Boyd was at home.  He remembers he had just woken up and was getting his coffee, when he got a call from the KGW newsroom.

Then, as he drove into town, up through the Terwilliger curves, that's when Levet first laid eyes on the mountain, with the plume of ash and smoke rising from it.  He says he doesn't remember having any fear that day, but there was shock.  Ultimately, there was also sadness.

"Let's not forget that this was a great tragedy.  Fifty-seven families lost loved ones," explained Levet, "It was a story of drama that didn't end on May 18th.  It was just beginning."

You can watch the full Sunrise Extra+ interview with Boyd Levet here:

What do you remember from the Mount St. Helens eruption? Today marks 40 years since it happened. We're chatting with former KGW report Boyd Levet, who covered it all from the very first earthquake, through the eruption, and then half a year later when it calmed down. Join the conversation on SunriseExtra