‘Everyone of color has these wounds’: Former KGW reporter shares a conversation that’s haunted her for decades 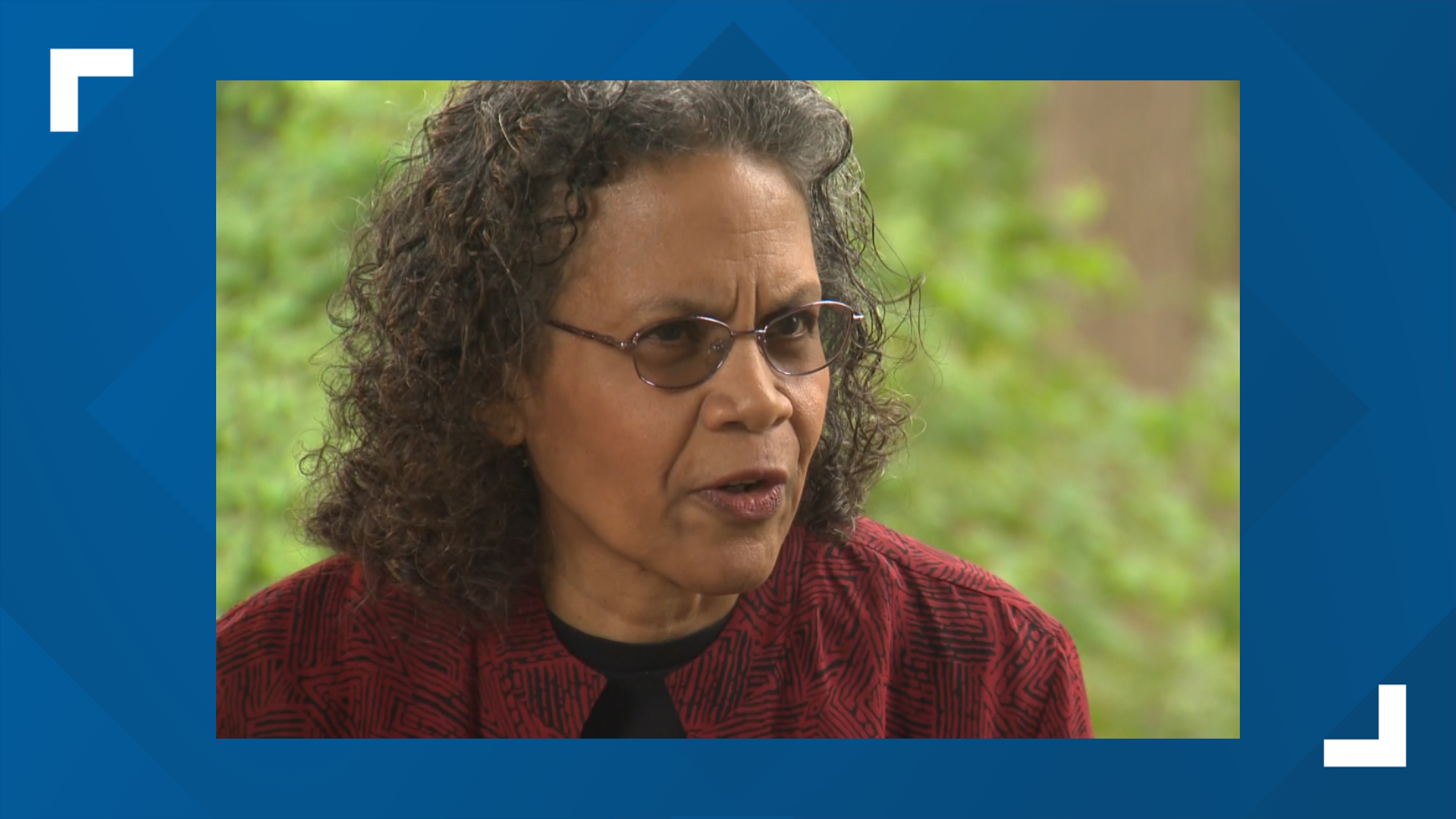 Here at KGW, we want to be part of the conversation that creates a more equitable world. Our commitment is to present diverse voices without bias. We're grappling with some of the same things you are — how to help bring about positive change in our community in the face of overwhelming unrest following the death of George Floyd and the subsequent mass protests over police treatment of Black Americans and other people of color.

What can we learn? Since that pivotal moment, many people have come forward with very personal and very painful stories of how institutional racism has affected their lives.

One of those stories has a direct connection to the KGW newsroom decades ago. --  Brenda Braxton, KGW News anchor, 1989 - present

From the time she left the KGW newsroom decades ago, Sharon Mitchell has had a 30-year odyssey that spans hurt, hope and the long journey toward healing. And it culminated in a Facebook post earlier this summer.

She describes her pivotal moment: "I watched George Floyd murdered in Minneapolis, which is where I'm originally from, and something snapped. I got tired of trying to make other people feel better about themselves, giving people a pass. Even if it's out of ignorance and it's not blatant racism, it's got to stop. And I felt like it was time for me to share one of my painful stories."

Mitchell said she believes this moment in history requires sharing stories about the personal price of institutional racism and implicit bias. So she logged onto her personal Facebook page and started writing.

"I didn't expect it to go as viral as anything that I've ever posted before," she said.

Mitchell was a reporter at KGW in the 1980's. She also anchored the Sunrise morning and Noon newscasts. That changed when one day, she said that a station manager told her, “I'm just letting you know that I'm going to replace you as an anchor.”

TV news can be a fickle business. Newsrooms, like other businesses, often make changes without much explanation. But Mitchell says the explanation she received shook her to her core.

She says the manager told her, " 'Well, you're a pretty girl, but blacks are hard to light.'  And even saying those words, I felt the hairs go up on the back of my neck because I couldn't believe that I was hearing what I was hearing.‘

Mitchell says that the conversation stayed with her for decades and only now is she processing the full impact of it.

“I started looking at the choices that I made, the things that I turned down, not necessarily that were in broadcasting, but were in all other aspects of my life, because I felt like I wasn't good enough to do something.”

She continued, "That is the insidious nature of racism. We are subject to micro-aggressions and we are subject to flat-out blatant acts of racism. And we have a resilience so we tend to shove these things down. And I believe that everyone of color - black, brown, everyone of color -has these wounds and the wounds can be so deep that you don't even know that they're there."

When I first saw Mitchell’s Facebook post and read the words "blacks are hard to light," I thought it sounded oddly random but as I found out it’s not random at all.

Oregon State Senator— and former KGW reporter— Lew Frederick said that the phrase Mitchell recalls - "blacks are hard to light" - has a history in the television news industry. He said he first heard it when he met legendary journalist Ed Bradley in 1988 at the Republican National Convention in New Orleans.

RELATED: 'I still wonder whether I'm going to die when I see a police car behind me': Oregon state senator shares experience about race

Bradley, best known for his work on '60 Minutes' on CBS, started in television news at a time when few people of color were on the air and he had a warning for Frederick.

"He sort of took me aside and said, ‘Now, at some point, no matter what you want to do, if you want to become an anchor, if you want to do anything else, someone's going to tell you that black people can't be lighted. You can't light them well. And so they're going to say that's why they're not going to put you on an anchor desk-- they're not going to put you in a situation like that.’ And I said, 'Well, you know, we've got people who've been doing really well. You're doing well. He said, 'Yeah, but that's what I was told early on. He said, 'That's what you're going to be told early on. And other folks who come in, just get them ready for it.' And I said, 'Okay.' And you know, to my surprise that's exactly what Sharon faced," said Frederick.

KGW contacted the manager in question by phone, who denied making the offending statement, saying “I am certain I didn’t say that.” No one connected to that management era is currently at KGW, which has had several ownership changes in the past 30 years.

He said that Mitchell’s reassignment was a “subjective talent decision.”

While there is disagreement over what was said, Mitchell said the outpouring of support over her Facebook post from social media reactions has helped her heal. “Oh my God. I've heard 'I had no idea that happened to you.’ That never should happen to anyone.' 'We loved you when you were on the air.' ‘I’m so glad you finally found your voice. I wondered what happened.’

While Mitchell left the KGW newsroom soon after her conversation with management, she said that the move allowed her to open a new chapter in her life.

"I would not have the incredible life that I have today [if she had stayed]”, she said. Part of that “incredible life” includes getting married three years ago to her wife, Georgena Moran, an advocate for people living with disabilities.

Mitchell is the videographer for the website. "I came full circle. I shoot video and I create the videos. I edit the videos for our trails that we do.”

She sees her story as more than one interaction, but as important in conveying a broad lesson.

“It's so much bigger than that because we're at a point right now where I honestly believe we could be on the verge of a tectonic shift. And what I mean by that is because of the murder of George Floyd, we have the attention of the entire world, not just the United States, but the entire world, because that eight minutes and 46 seconds where he was murdered, where that knee was on his neck, that went around the world.”

“There are people that are saying 'Black Lives Matter.' We're being seen. My belief is in order for us to heal that deep systemic wound, we need to be able to listen and we need need to be able to tell our stories. The listening comes from the white people. The telling our stories comes from people of color, because it's going to take this kind of groundswell of people who are not of color to say 'enough is enough.'"

NOTE: There’s one part of this story I haven’t mentioned yet.

I’m the person KGW hired 30 years ago to replace Sharon. We had never discussed that before this interview. Like everyone else, I didn’t know the story of why she left the newsroom until I read her Facebook post just this year.

For me, coming home to Portland for this job changed my life. It was a blessing.

For Sharon, losing this job changed her life but she also says that was a blessing.

She believes she's exactly where she should be today because of how things unfolded back then.

But why tell the story now?

Mitchell decided to speak up and seize this moment to share her truth because she says it’s time to do the work and lift her voice for the greater good. - Brenda Braxton, KGW News