Chief Willie Halliburton talks about what needs to change to regain community trust. 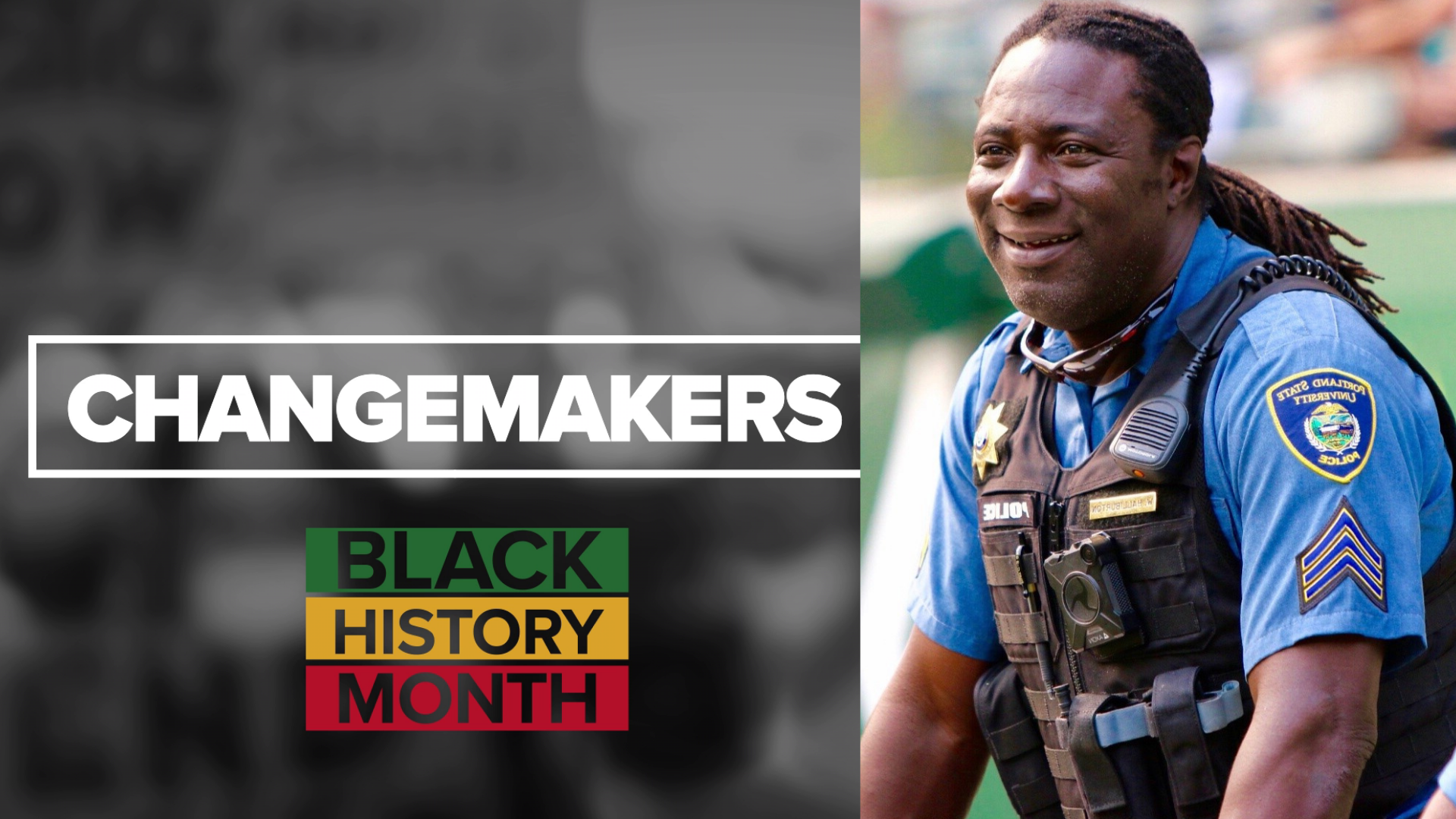 PORTLAND, Ore. —
Here on KGW, we're saluting "Changemakers." They're local people who are breaking barriers and building bridges in their communities. They’ve excelled in every field. They're entrepreneurs, conservationists, and public servants like Campus Public Safety Chief Willie Halliburton. He’s the Director of Public Safety at Portland State University and he has a new vision for policing on campus.

"We're breeding new police officers, new mentalities, we're getting people in this occupation who want to be of service," he said.

But that's not the kind of officer Halliburton saw when he was growing up: "I was in Kansas City and I grew up in a pretty rough neighborhood."

So, when he eventually became a cop himself and hit the streets in the late 1980's, he decided to do things differently.

"I wanted to be that officer where you could go into a community and the community trusted you, respected you, and wanted to help you," he said.

So, how did the chief get from Kansas City to the Rose City? Part of the credit goes to an iconic reality TV show.

"I was sitting on the couch one night watching this show — this brand new show — called COPS," he said. "And I'm watching this city called Portland, Oregon. They had an officer there named Harry Jackson that did police work the way I wanted to do police work. I said, 'That's where I want to work. I want to do this community policing thing they do in Portland.'"

After a couple decades with PPB he moved over to Portland State. Then tragedy struck.

A campus officer shot and killed a man in 2018 prompting calls to disarm police. Chief Halliburton supports that call, saying it's the only way to regain public trust.

"I took the risk and said in order for this community to heal, in order for us to come together, to get together and work on solutions, we have to disarm," he said. "I can't give you a specific date. All I can say is everyday we're moving closer and closer to that moment and it will be sooner than later."

Chief Halliburton said he considered retiring not long after Minneapolis police killed George Floyd last May. "First of all, I couldn't believe what I was seeing," he said. "I imagined myself laying there. It hurt. It hurt bad."

And as a police officer, he saw that moment erase decades of his hard work building bridges. Then PSU tapped him to lead the department and he knew he could be an agent of change.

"There was no way in the world I was going to step away from this challenge because this is what it's all about," he said. "Thirty-two years of police work was supposed to happen just like it's happening right now. And that's going to make all this negative stuff that happens positive because people coming in are doing the job for the right reasons."