A recent PSU grad and a professional opera singer teamed up to sing a beautiful rendition of the national anthem. 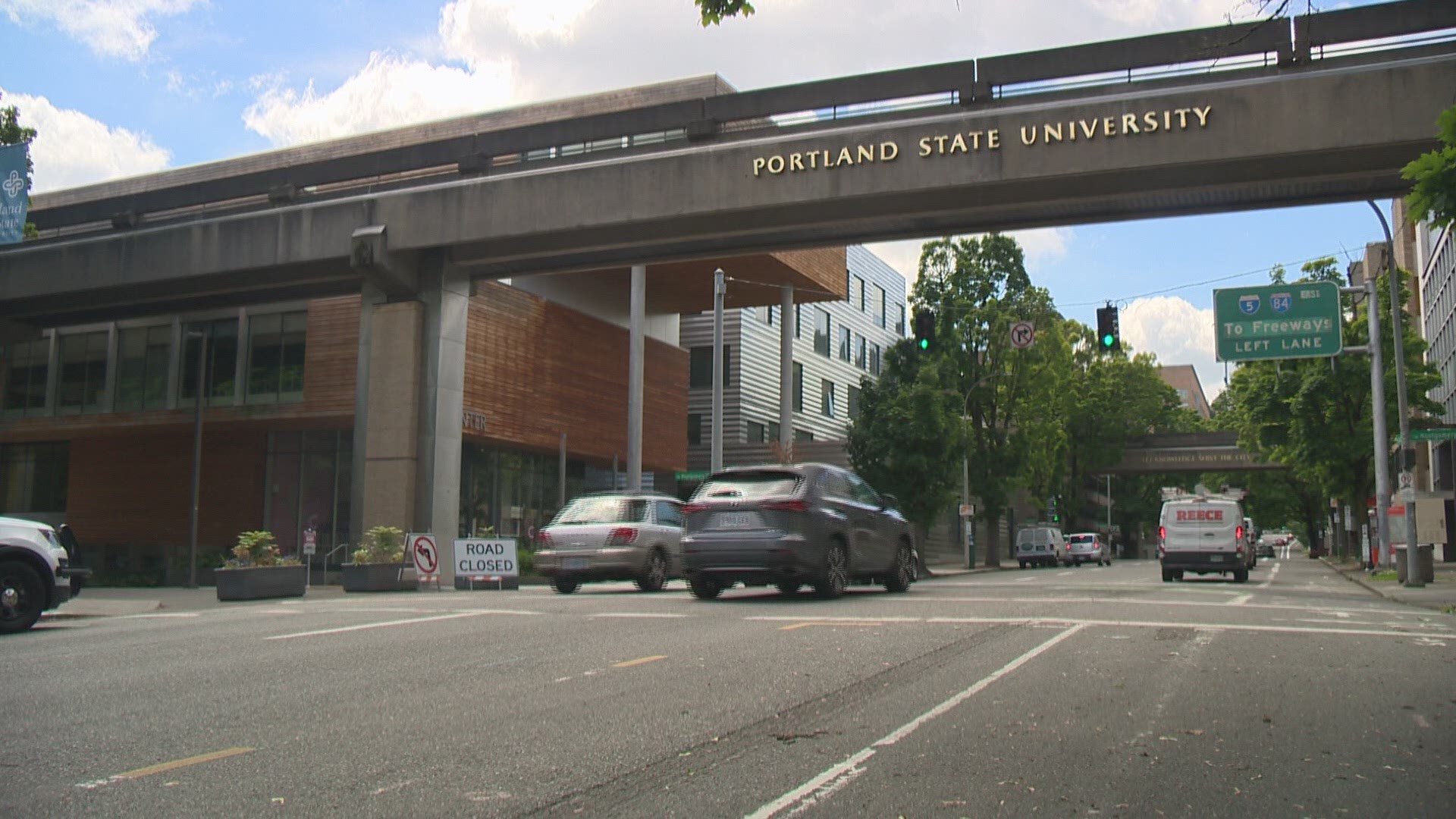 PORTLAND, Ore. — On the campus of Portland State University, it’s definitely been silent for the last three months since in-person classes were canceled. A disappointing finish to Madisen Hallberg’s senior year, but she’d rather talk about the good stuff.

“I loved my time at PSU,” she said. “I think what made it amazing was all the opportunities I got through singing with the chamber choir, going on tour and just getting the opportunity to collaborate with other students and singing in the community out and about.”

A gifted vocalist, Hallberg came back to campus in late May to perform a song for the university’s virtual commencement ceremony. The school asked her and a camera crew to produce a video of Madisen singing the national anthem.

As her voice echoed between the trees, it made way for an unexpected moment.

“As an African American male walking the park blocks, I didn’t see a white individual or a woman. I just saw what felt like music,” said Emmanuel “Onry” Henreid. Onry lives near the park blocks. Like many, most of his days are spent at home, but he felt the need to go outside and get some fresh air.

“As I was walking by, I kind of passed Madisen as she was singing I didn’t know who she was at the time or what they were filming for,” Onry said. “I passed and I was like you know what let’s just do it, just be brave and ask if she wants to sing together.”

Onry is a professional opera singer and has performed all over the world. He certainly understands how versatile a voice can be. “It heals and connects,” he said.

“As a white person, it felt so right singing it with you instead of by myself,” Madisen added as they sat near each other on benches in the park blocks on Wednesday.

Two artists, from different backgrounds, joining voices in a time when unity is needed.

“It is the same instrument with the same amount of love, joy, healing, and peace and the way that we use that gift is empowering…and it changes their lives exponentially,” he said.

Our national anthem is a song with a message that means so different to so many. But these days, for Madisen and Onry, it’s not about what you hear—it’s how you listen.

“When you collaborate with someone and sing with someone, the most important thing you can do is listen to them,” said Madisen. “And listen to what they’re doing with their voice and adapt to that and shape your tone and your pitch around them so its harmonious.”

“And that applies to all of life,” said Onry. “Make sure you listen louder than you speak.”

Whether you’ve worked hard on your voice like these two, or you’re just discovering it. They advise that whatever you do, don’t keep it silent.

“When we let our voices pour out, there’s no stopping us,” Onry said.

RELATED: Portland composer using his craft to spread love to the world