Bravo also announced that two of the contestants this season are from Portland. 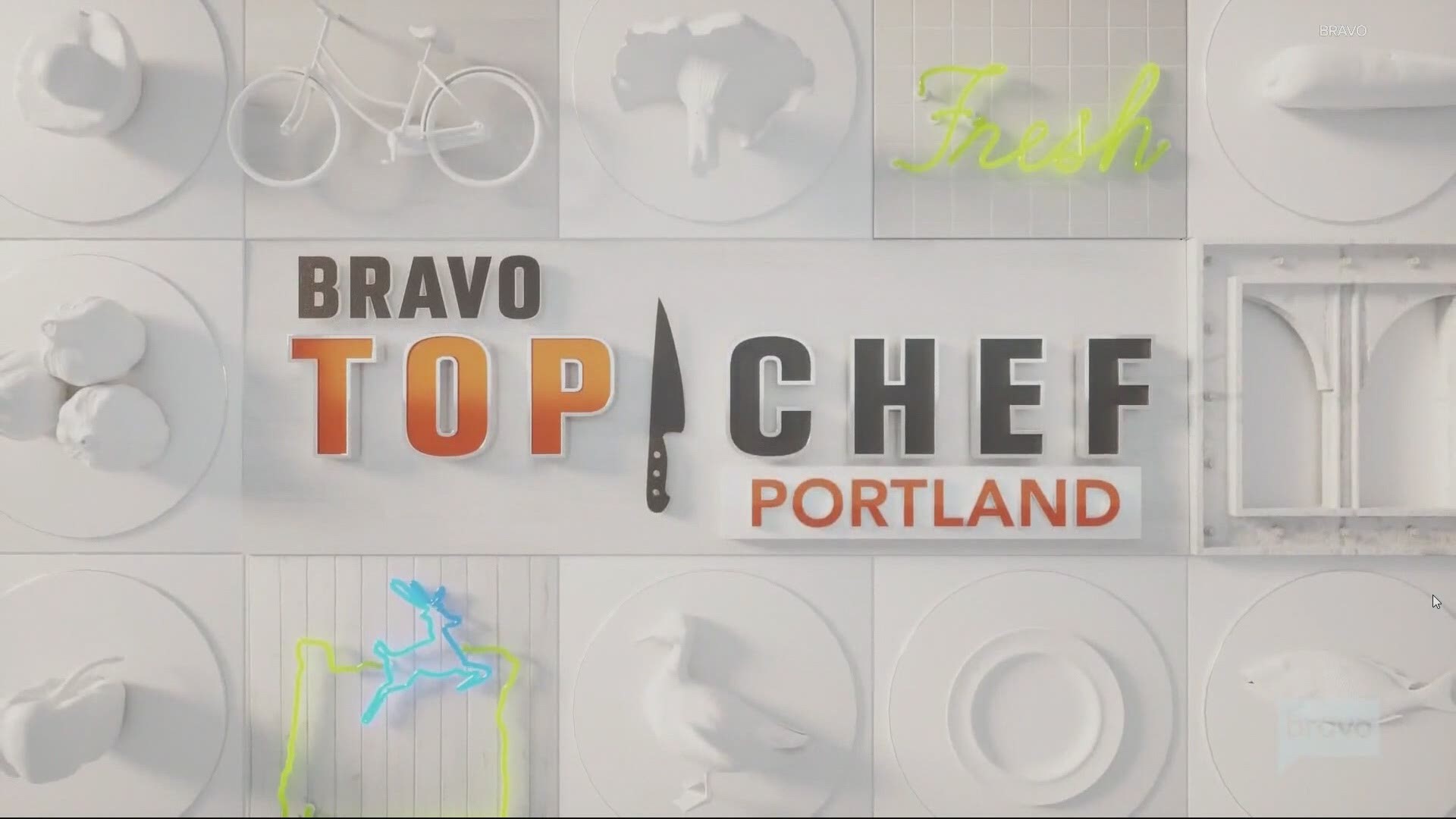 PORTLAND, Ore. — The wait is over! Bravo's hit show “Top Chef,” which is based in Portland this season, premieres Thursday at 8 p.m.

It’s the first time the show is coming to the Rose City. The network announced last fall that the show's 18th season would be based in Portland and announced the April 1 premiere date on in early February.

“The chefs will be put to the test in a variety of new challenges this season, including celebrating PDX's Pan-African cuisine, feeding hundreds of front-line workers, a surf and turf elimination challenge honoring the Confederated Tribes of the Umatilla Indian Reservation, and crabbing on the Oregon Coast in a tribute to culinary icon and Oregonian James Beard,” Bravo said in its announcement. “They will also visit some of Oregon's most famous locations, including the Hood River Fruit Loop and Tillamook Creamery. This season's Restaurant Wars will be unlike any other as the teams must execute a micro-restaurant concept with a cohesive seven-course tasting menu.”

In addition to sharing when the season will air, Bravo revealed who the 15 “cheftestants” will be this season. Two of them, Sara Hauman and Gabriel Pascuzzi, are from Portland. Hauman is currently the head chef at Soter Vineyards in Carlton. Pascuzzi is the chef and owner of three Portland restaurants: Mama Bird, Stacked Sandwich Shop and Feel Good.

Host Padma Lakshmi, head judge Tom Colicchio and judge Gail Simmons will all be back. There will also be a rotating judging panel made up of past “Top Chef” contestants.

Bravo said there will be several guest appearances in the upcoming season, including from “Portlandia” stars Fred Armisen and Carrie Brownstein.

Read the full announcement and watch the trailer