Top 10 things to watch on Netflix while social distancing

You need something to watch while you're stuck at home during this pandemic. So here are the top 10 movies and TV shows on Netflix right now. 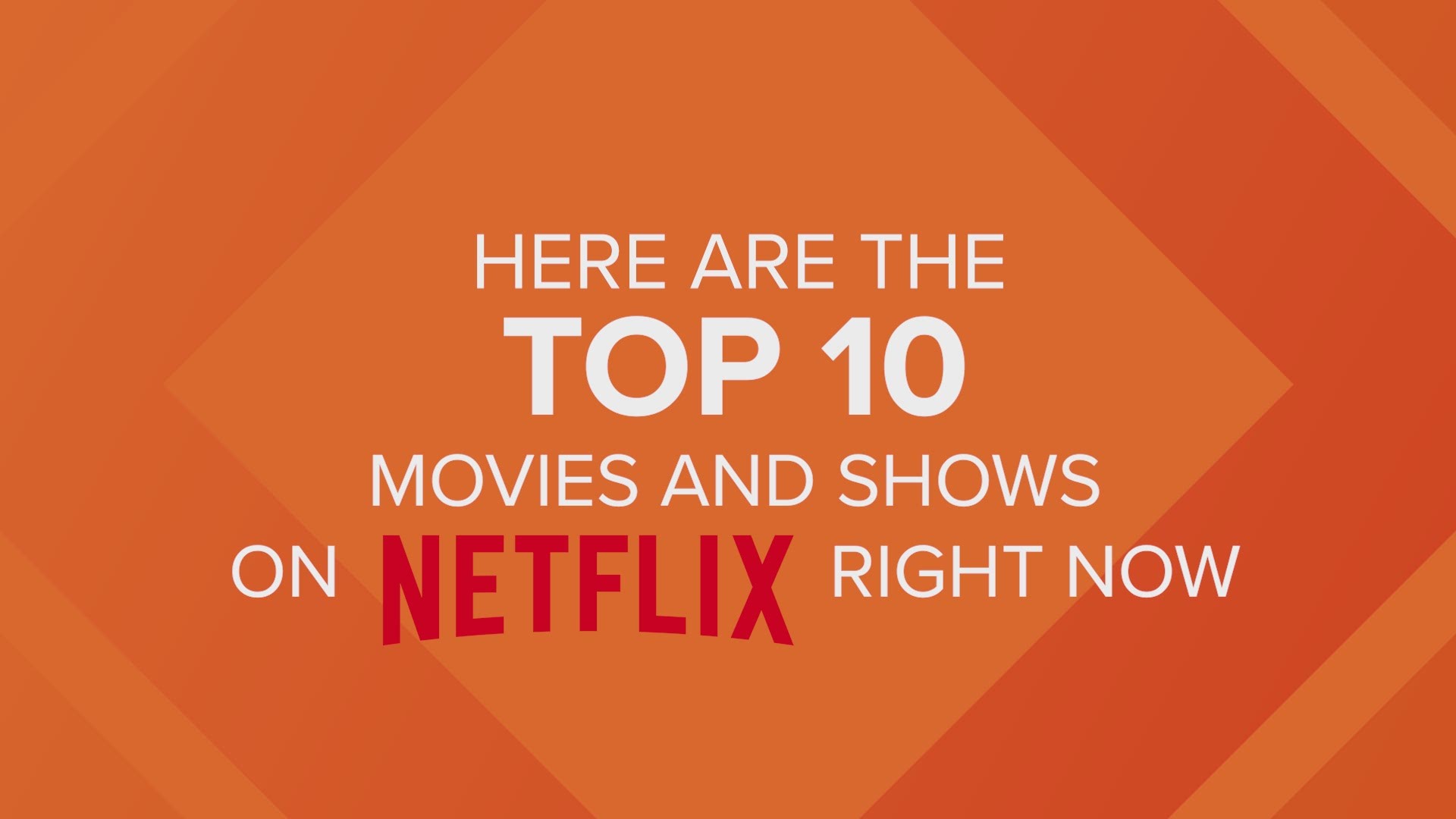 So many people across the world are at home right now, all day, consuming content from their couches, socially distant from other humans. There really is endless content to be watched and listened to out there, yet sometimes it can feel like you scroll forever without finding something you want.

That’s why we are here for you. And by “we,” I mean the people around the world watching and listening to everything, so the rest of us can use that data to figure out what to watch or listen to next.

This time, we’re looking at the top TV shows and movies people are watching while stuck at home. Because I know you've spent too much time scrolling through Netflix already. So just stop. Scrolling. And pick one of these. You can even watch them "with" your friends, on the internet, with Netflix Party.

Here are the top 10 things on Netflix right now:

It's really all in the title for this one. As of Wednesday, March 25, this became the No. 1 streamed show on Netflix in the United States. It's a seven-part docuseries telling the story of Joe Exotic, a tiger breeder in Florida. Well, he's a tiger breeder, musician, and murder suspect.

If you're looking for something to take your mind off of the global pandemic, this just might do the trick. Although, don't blame us if it just replaces your coronavirus nightmares with something more "Exotic."

The second season of the CW sports drama was released on Netflix earlier this month. The fiction is inspired by the life of American football player Spencer Paysinger, played by Daniel Ezra. In the show, Spencer James (they changed the character's last name for the show) is recruited to play football for Beverly Hills High, so he moves there from Crenshaw, and his two worlds collide.

3. Self-Made: Inspired by the Life of Madam C.J. Walker

Madam C.J. Walker is America's first self-made female millionaire. In the early 20th century, Walker fought against beauty standards and racism to build her own hair care business. In a four-part Netflix Original miniseries, we get to learn all about her life, through the powerful acting of Octavia Spencer.

WARNING: if you're stuck at home and out of work, this just might inspire you to start your own business.

In the world right now, we get to witness some great moments of humanity. People helping others, sending positive messages to help us all get through social isolation.

This film is not about that. The Platform features moments of cannibalism, suicide, starvation, and other gruesome parts of humanity. You probably guessed by now that its a thriller. It takes place in a vertical prison, with two cellmates on each floor.

Yes, it's creepy. But it could also teach us a valuable lesson. Take this timely line from the trailer: "If everyone ate only what they needed, the food would reach the lowest level." Keep that in mind the next time you're thinking of hoarding food on your trip to the store.

Whether this one restores or ruins your faith in humanity is up to you. Netflix has been pumping out original reality shows recently, and this is the streaming platform's modern dating show. In Love is Blind, single men and women get to know each other through "pods," small isolated rooms that share one wall. Men on one side, women on the other. The couples only get to see each other's faces after they get engaged. Yes, things move quickly on this show. But is love truly blind? You'll have to watch to find out.

Who doesn't need a laugh these days? In Tom Segura's third Netflix special, the comedian jokes about his kids, "cancel culture," and finding joy in upsetting people.

7. The Letter For The King

Fantasy fans, this one's for you. The Letter for the King is a six-part series, which some have compared to a young adult version of Game of Thrones. It's an adaptation of a Dutch fantasy novel by Tonke Dragt, following a 16-year-old knight-in-training on a mission across kingdoms to deliver a secret letter to the King.

Another thriller by Netflix, The Occupant is about a man who was once very successful, but becomes a stalker when he's forced to move into a middle-class neighborhood. It's a Spanish-language film based in Barcelona.

9. The Boss Baby: Back in Business

So you're stuck at home with your kids? Or are you stuck at home wishing you had some kids to entertain you? Personally, I'm in the second group. Either way, you can get your kid fix with Boss Baby: Back in Business. Of course, it's based on the 2017 movie The Boss Baby, but now there are three seasons on Netflix. In the series from Dreamworks Animation, Boss Baby tries to balance family live with Baby Corp work (no, he's not working from home like the rest of us).

Well, we don't get to hangout with humans in real life right now, so we might as well learn about other people from the comfort of our couches. 100 Humans is a science series hosted by three comedians, on a quest to solve life's big questions once and for all, through one hundred actual humans. Questions like, "which way does the toilet paper roll go?" (yes, a very timely question), and, "are people in uniform more attractive?"

If you watch all of those, let us know what you watch next! We will all need some suggestions over these next weeks and months.