March is Women's History Month so we're highlighting a few of the local women who've impacted the world of sports. 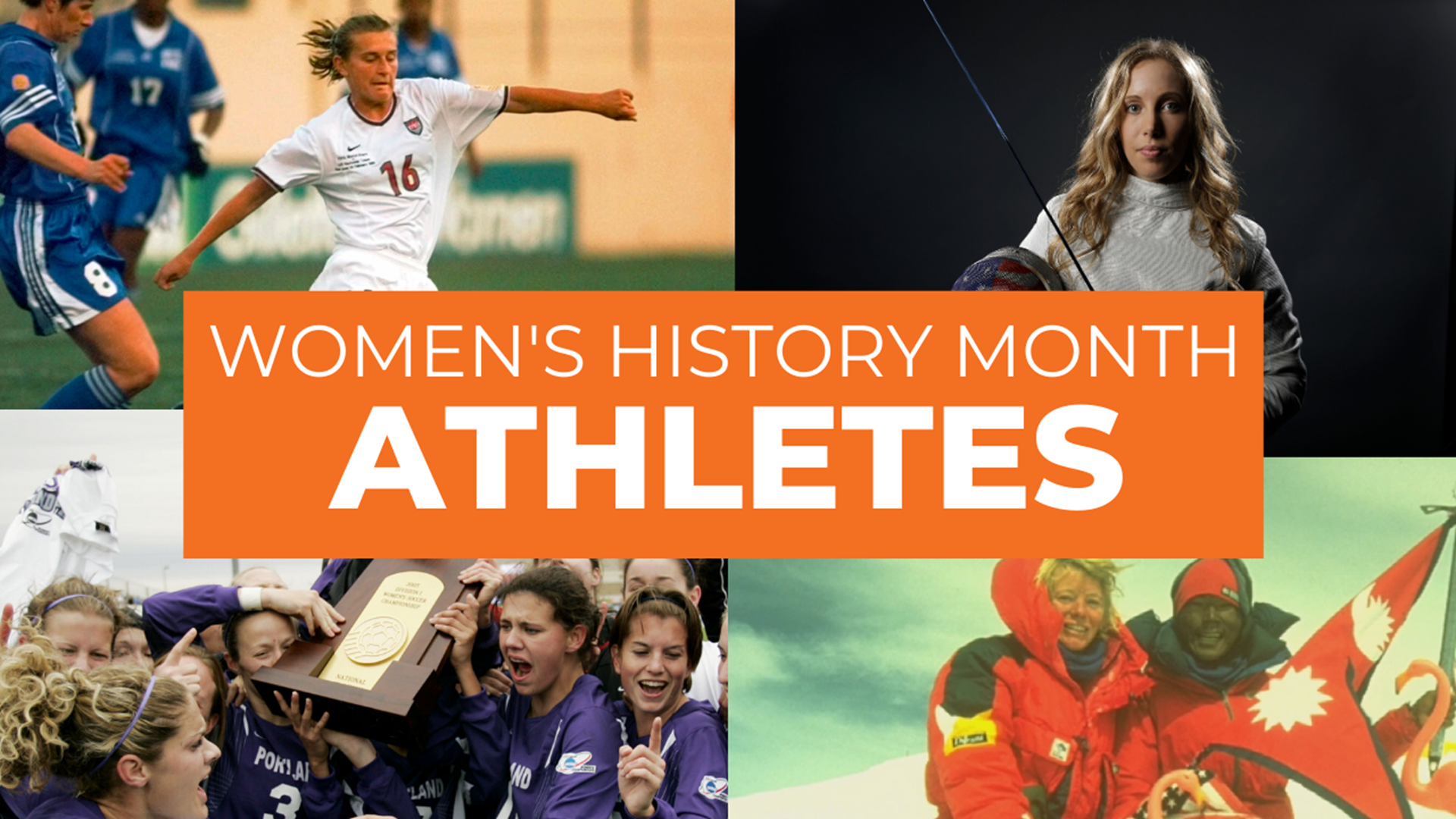 PORTLAND, Ore. — In 1987 Congress declared the entire month of March Women's History Month. It's been recognized ever since as a way to highlight the significant contributions of women across the nation.

So all this month we're highlighting the women who've left a lasting impact on our community.

For over 100 years Oregon's female athletes have pushed boundaries and broken barriers. They've won medals and trophies, and set records few thought possible. These are just some of the local women who have impacted the world of sports.

In 1920, she became the first Oregon woman to compete at an Olympic Games. Born in Salem but a resident of Portland at the time, Payne won a bronze medal in the 3 meter springboard. In 1983 she was inducted into the Oregon Sports Hall of Fame.

In 1947, the Joseph, Oregon native became the top ranked women's tennis player in the world. It's a title she held until 1950. DuPont would be a household name for close to 25 years, winning 37 grand slam titles in singles, doubles and mixed doubles events. To this day, only four others have more Grand Slam titles to their name across all disciplines.

Credit: ASSOCIATED PRESS
Margaret Osborne duPont is seen in play on number one court at the All England Lawn Tennis Club in Wimbledon, England, on June 17, 1950. DuPont beat her opponent , 6-3, 6-2, to give the American women four straight matches in the best of seven. The U.S. won the Wightman Cup for the 14th consecutive time. (AP Photo)

On September 29, 1988, the mountaineer and Woodburn, OR native became the first American woman to summit the world's tallest peak when she climbed more than 29,000 feet to the top of Mt. Everest. Today, she lives in Portland and runs a residential building company.

"After I stood on top of Mount Everest, I knew I would be a role model for people, and I took that seriously," Allison told KGW in 2008. "It caused me to take a good, hard look at myself, to make sure I was the kind of person who could be a good role model."

A native of Hillsboro, Oregon, Milbrett went on to become one of the most prolific goalscorers in women's soccer history. First as a forward with the Portland Pilots then as a member of the U.S. Women's National Team. She won two Olympic medals, including a gold medal at the 1996 games in Atlanta. Milbrett played in three world cups, winning in 1999, and featuring as a core member of the unit that would forever change the sport.

Credit: Associated Press
Tiffeny Milbrett of the U.S. Olympic soccer team does a flip after score the goal that gave the U.S. a 2-1 win over China for the Olympic gold medal in women's soccer Thursday, Aug. 1, 1996 at Sanford Stadium in Athens, Ga. (AP Photo/Diether Endlicher)

Although not born in Oregon, Sinclair has made it her home. Initially, as the leading goalscorer for two national championship winning Portland Pilot teams and again as a two time NWSL champion with the Portland Thorns. The 36-year-old has played in five FIFA Women's World Cups with the Canadian National Team and continues to impact the game today.

Credit: AP
FILE - In this Saturday, April 15, 2017, file photo, Portland Thorns forward Christine Sinclair celebrates scoring a goal during the second half of their NWSL soccer match against the Orlando Pride in Portland, Ore. Sinclair and the Thorns opened up the National Women’s Soccer League season last week with a victory over the Orlando Pride. (AP Photo/Don Ryan, File)

The Portland native and Valley Catholic graduate has won four Olympic medals including gold in 2004 and 2008. At age 19 she became the first U.S. fencer to win an Olympic gold medal in 100 years. She was elected by her fellow USA Olympic athletes to be the flag bearer at the 2012 opening ceremony in London.

The University of Oregon basketball player and 2019 Wooden Award Winner is breaking records to this day. In February she became the first Division I basketball player, man or woman, to record 2,000 points, 1,000 assists, and 1,000 rebounds.