The Albany Carousel: A community project 17 years in the making

Wendy Kirbey and hundreds of volunteers and donors worked together to build a hand carved carousel. 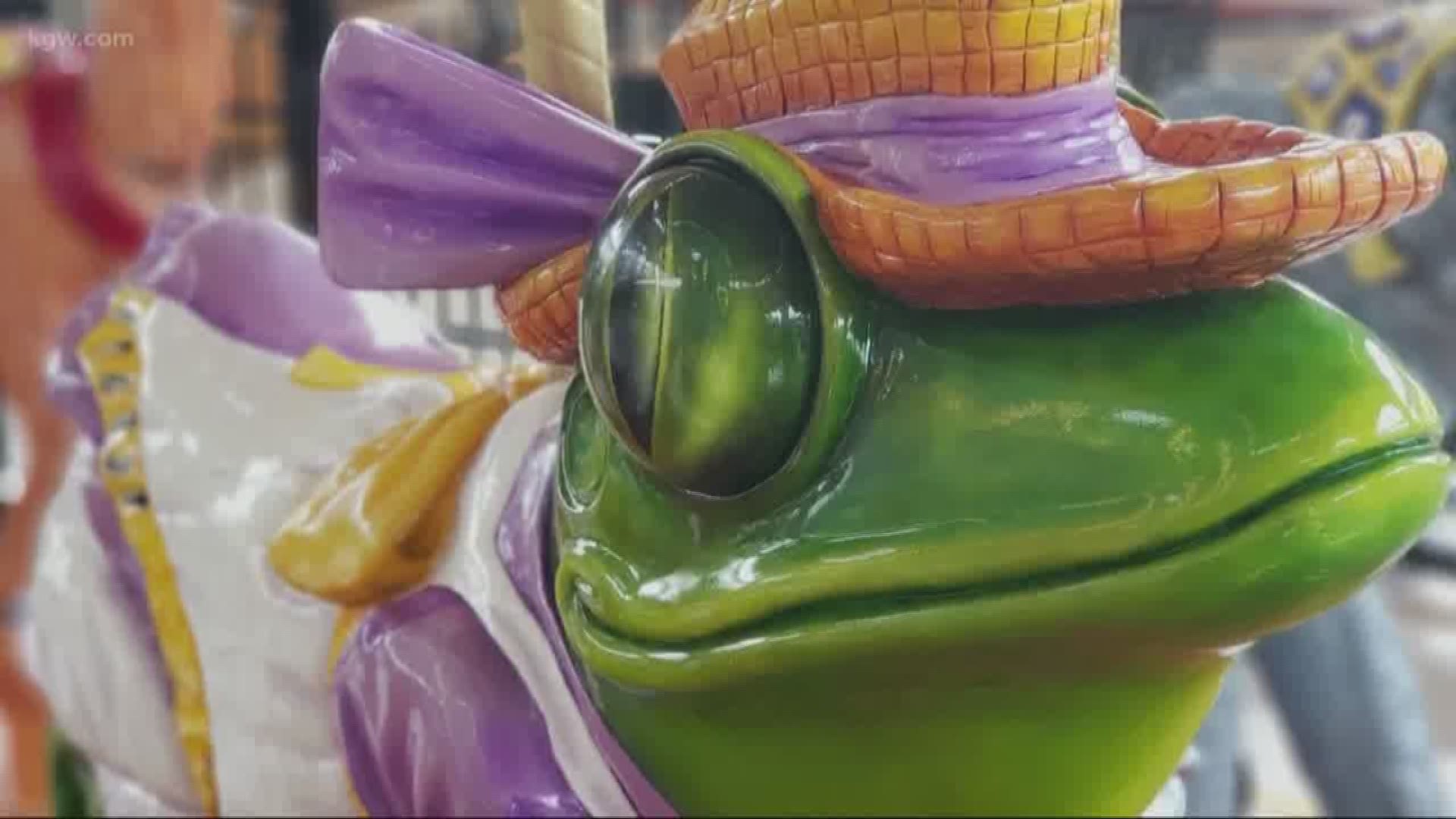 ALBANY, Ore. — Step into a world of whimsy. A world of childhood memories. A world where animals come to life, and every single one has a personal, family story. It's the story of Albany.

A city that used to be best known as home to a nearby paper mill, the carousel started the city's revitalization efforts.

But to say it's taken awhile to get going is an understatement. And nobody knows that better than Wendy Kirbey. About 17 years ago, she was inspired by a carousel ride she took in Montana, and wanted to bring that same magic home.

"I came back and I thought, 'They're going to think I'm a hero coming back with all these wild ideas,' and man, it wasn't the way it worked out," said Kirbey.

Despite initial resistance, Kirbey pressed on. In her heart, she knew this could be the cornerstone of a new downtown, a place for kids of all ages. But she wanted to do it right—instead of looking for old carousel animals, she wanted to build them and that meant she needed help, lots of it.

Photos: A day at the Albany Carousel

So she started recruiting volunteers—doctors, teachers, engineers, lawyers—people with zero experience carving, sanding and painting, suddenly learning how in an old warehouse.

While community members learned the craft, Kirbey battled for funding. "I just kept telling them, you guys keep carving and painting and I'll get you the money."

The biggest donors are the 52 that have, or will have, sponsored their own carousel animal. Many are designed after their own pets and all are hand carved.The project is 17 years in and there's no end in sight.

It takes a community

When the project began, Jack Giles was the only professional woodworker.

"I like to carve, it's therapeutic to me," Giles said. This is what his retirement looks like, teaching volunteers how to carve, since Wendy got this crazy idea.

Credit: KGW Staff
A volunteer carves a new animal for the Albany Carousel.

Retired teacher Burl Wheaton has worked his way up the carving chain, volunteering 10 hours a week for the past five years.

"I watch people as they go around and see the smiles and think, 'I'm a part of this,'" said Wheaton.

It takes about 1,500 carving hours to complete a single animal and some have taken as long as eight years to finish. That doesn't include the painting and drying process which takes an additional six months.

The carousel will hold 52 animals when it's complete, each one unlike the rest. They estimate it'll be 10 more years until the last animals are finished.

Now, Wendy has a second goal on her hands: to beat breast cancer. She was diagnosed in May and recently finished chemo, soon she starts radiation.

But the carousel is still at the top of her mind, "I'm still thinking about this, instead of laying at home on the couch feeling sorry for myself. I'm not going to do that. It gives you another purpose and I like that."

Credit: KGW Staff
Marcy, the Unicorn is the latest animal to be completed for the Albany Carousel.

The carousel's magic seems to be working. Her doctors say she has a 98-percent chance of complete recovery.

"I read this article, this little tiny article that if you have a community project, you're quality of life will be better," she said.

And thanks to Wendy and hundreds of volunteers and donors Albany's quality of life is better and certainly more colorful.