Motorcycle cops train in areas with challenging terrain, like parks, sidewalks, and narrow or overgrown alleys. 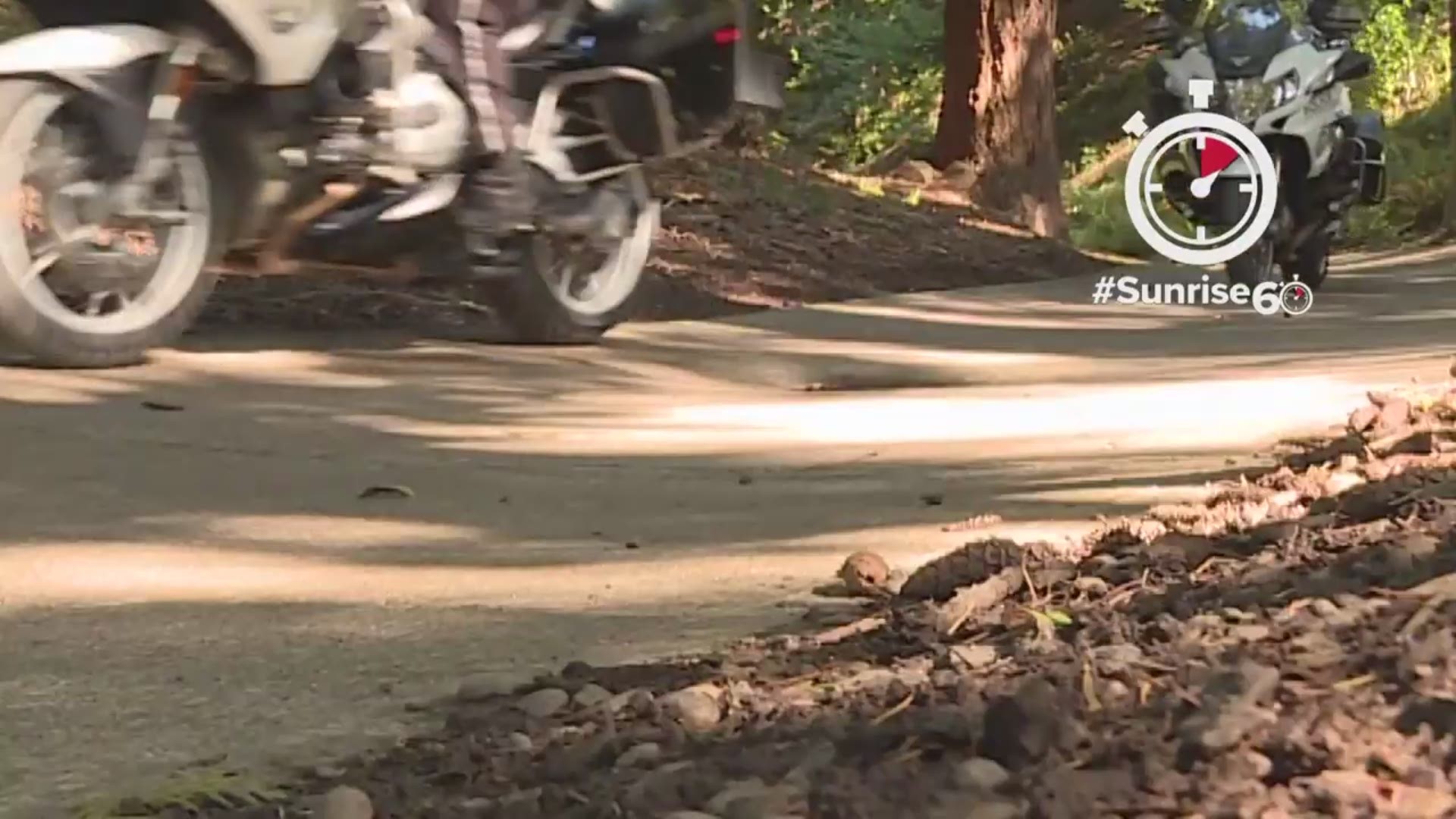 PORTLAND, Ore. — We're giving you the scoop on what the Portland police motorcycle unit does to keep up on their skills.

The crew is made up of 19 officers who have to train every month. Twice a year, officers have to show their skills are up to par.

If you've seen them around town, you may have wondered what the heck they were doing, especially if you saw them where it seems they shouldn't be.

Often people get ready to give them an earful, that is, until they realize the folks making the noise are cops.

"We'll get the kind of look of, 'What are you doing here? Are you supposed be here?'" said officer Bill Balzer.

At KGW, we started wondering the same thing when we saw them outside our KGW studio maneuvering their motorcycles down the stairs at Lincoln High School.

Balzer said the training officers undergo usually involves things like unusual slope and surfaces. Navigating them helps build confidence and shows the officers they have the ability to get places officers in patrol cars may not be able to access.

Motorcycle cops train in areas that have challenging terrain, like parks, sidewalks, and narrow or overgrown allies.

According to Balzer, the big picture is all this training allows police to respond and be able help other officers or people in need.

"There's just some spots that we can get to easier, maybe be able to get there a little quicker," Balzer said.

That means if someone finds themselves in a hard-to-reach spot, Balzer and his fellow officers on motorcycles might be able to help in a snap.