Rod on the Road: Battle Ground

Rod visits one of the fastest growing cities in Clark County. 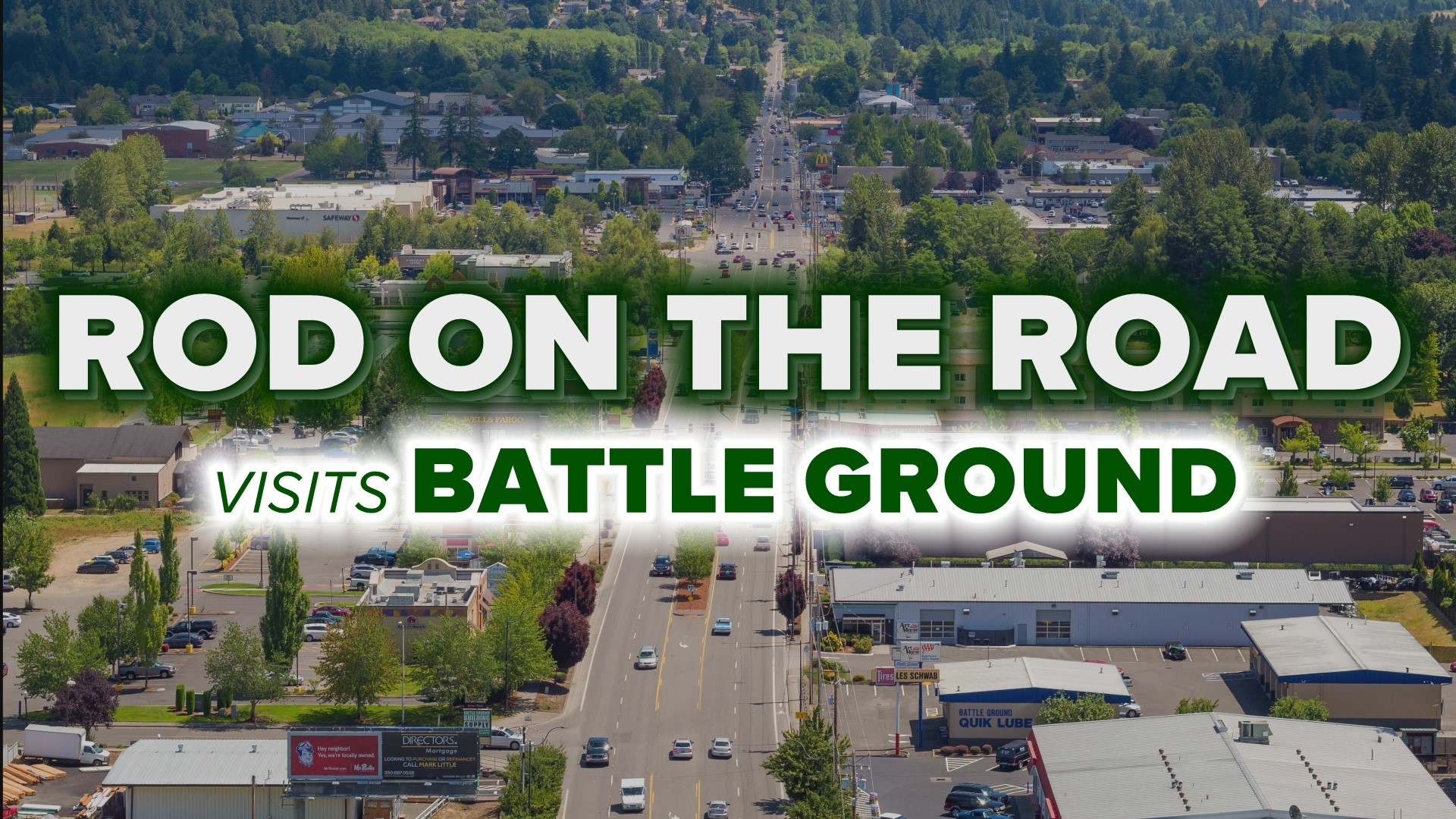 BATTLE GROUND, Wash. — My day in Battle Ground began with a quick trip to one of my favorite places, Battle Ground Lake State Park.

A local fisherman told me the lake would soon be stocked with trout and assuming the hatcheries have a large enough supply, steelhead. That makes it one of the best spots for anglers in the area.

Our first stop was Battle Ground City Hall where we met Mayor Mike Dalesandro.  I was surprised to find that the part-time position for the city does not have an office - anywhere!

The Mayor was very welcoming and walked with us down historic main street to the present location of Music World, which sits on land that was at one time, the first general store in old Battle Ground.

I talked with the Mayor about the tremendous growth of the city over the past 20 years. Although the census shows just over 20,000 people, the Mayor tells me closer to 80,000 people identify with the area and call Battle Ground home. The city is the 3rd largest in Clark County.

Our conversation led to a cup of joe at Battle Grounds Coffee. Located on Main street in old town, a converted church now serves as one of the cities most popular coffee houses.

Downstairs, we visited Dungeon Donuts for a hot sample and met a local family, who talked about the small town charm and importance of community for raising a family.

My time with the Mayor ended with a quick history lesson. I was interested to learn that name 'Battle Ground' comes from a battle that didn't happen. The confrontation between the Vancouver army soldiers and local American Indians never occurred but the name stuck.

The historic downtown has seen a recent boom and is anchored by a number of antique shops. I stopped by Rusty Glamour and tried my best to sell a dress with one of the vendors. There are over 70 vendors that sell their items in the store!

I also swung by Barrel Mountain Brewery and ate one of the best pasta dishes I've ever had! I can't recommend the smoked steelhead and prawn scampi enough. It was honestly one of the best meals I have had in all of Clark County.

Credit: KGW Staff
Battle Ground is home to a number of microbreweries. But it's hard to imagine one better than Barrel Mountain Brewing!

I had a great day in Battle Ground and I am excited to see how this city continues to grow in the coming years.

RELATED: Rod on the Road visits the Dalles