Rod on the Road: The Dalles

Rod visits the historic town in the Columbia River Gorge, The Dalles. 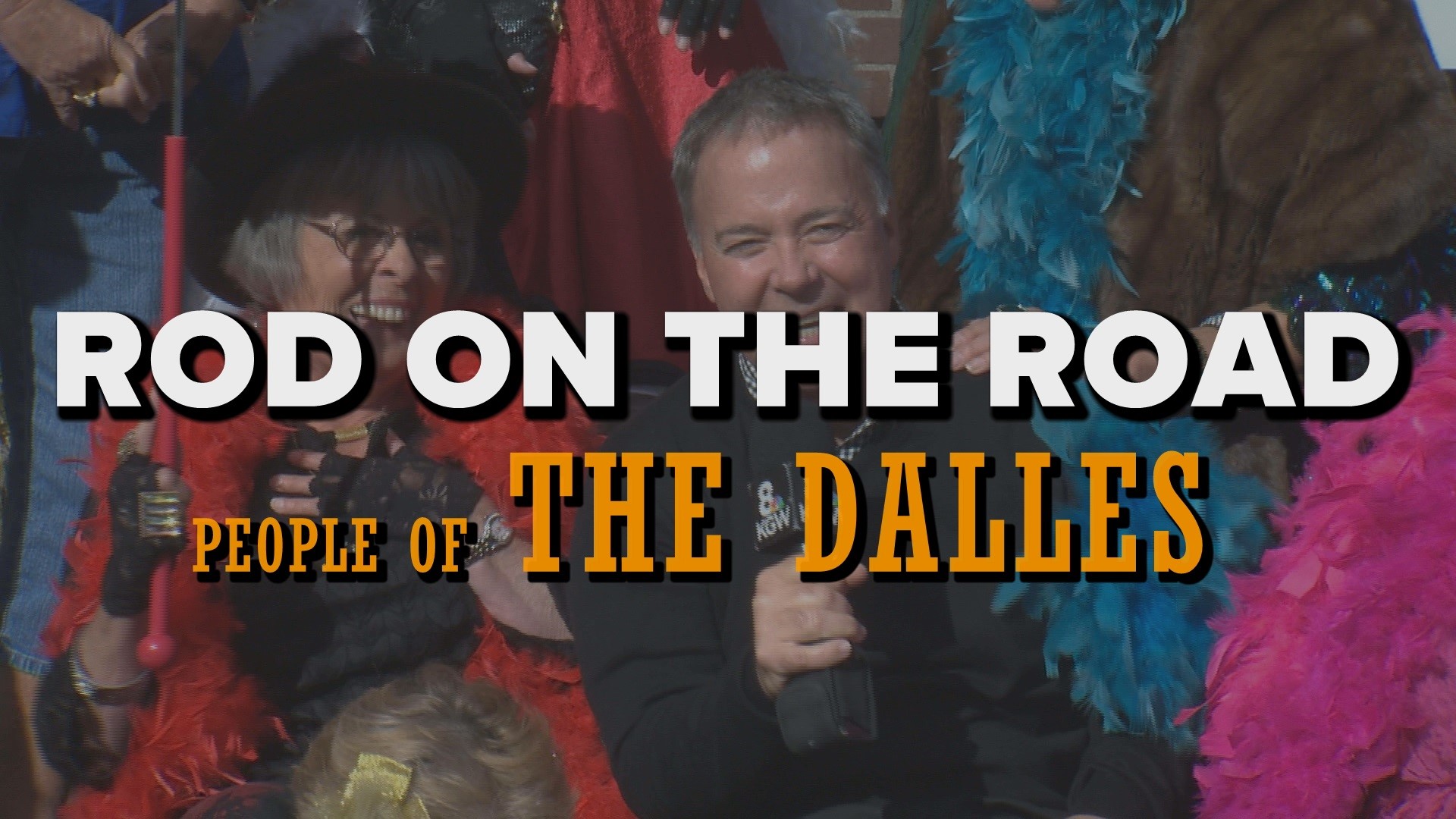 THE DALLES, Ore. — My day in The Dalles was so much fun!  After spending time talking with people from the area, our crew learned that The Dalles and Wasco county take great pride in their Old West heritage. Being a bit of a history buff myself, I planned my day to include a touch of the Old West.

My first stop was the Fort Dalles Museum which is on the site of the Fort Dalles surgeon’s quarters built in 1856.  At the museum I met Susan Buce, who served as my history guide for the day. Susan works as the Collections Registrar at the Columbia Gorge Discovery Center.

The Dalles dates back to the 1800s and the days of the Oregon Trail. As we drove down the hill to downtown we heard stories of the town's past — a time when brothels were common and settlers traveled the Oregon Trail. I learned Oregon's last public hanging took place in The Dalles and that the town was almost home to a US Mint commissioned by President Lincoln himself.

When you walk the streets of The Dalles you will notice red circles in store windows. I was surprised to find these marked buildings once served as brothels to the old western town.

The Granada Theatre today features community stage plays, but is said to be the home of the first “talkie” movie west of the Mississippi.

More history had us stop by the Baldwin Saloon for a bite to eat. The Baldwin dates back to 1876. This locally owned eatery makes everything from scratch, including the bread. I kid you not, I had fresh baked blue cheese bread on my BLT! It was the best sandwich bread I have ever had.

I also enjoyed visiting the old Sunshine Mill Winery. This is one of the best spaces I have ever walked into. The Mill was famous for making flour for Sunshine Saltines and closed it’s doors some decades ago. Today, you can see and touch the history of the mill while enjoying a glass of wine. This is a must stop for your day trip to The Dalles.

And I can't forget my time with the Fort Dalles Floozies.  If you are familiar with the Rose City Rosarians, the Floozies are a similar welcoming committee.  The group of ladies take on the old west role of town floozies and greet each riverboat cruise tour that docks at The Dalles for a day tour.  I had lots of fun with the ladies and left town with a few kisses!

Our last stop before heading home was the Columbia Gorge Discovery Center and Museum. The center sits off of I-84 on the west side of town and brings hours of history to anyone walking through its doors. I was really impressed with the architecture of the center and the tales of history spanning the dawn of mankind to the Oregon Trail to modern times.

I am excited to visit again with my daughter and wife and spend an hour or three learning about Wasco county's role in the old west and the history that will brought us to present day.

The Dalles is a treasure that deserves your visit, you will not be disappointed.

RELATED: Rod on the Road: Monks brewing beer at the Mount Angel Abbey