Rod on the Job: Making Spanish coffee at Huber's Cafe

PORTLAND, Ore. — If you were asked to name Portland's most iconic beverage you might think of Huber's Spanish coffee, in part due to the perfectly choreographed tableside performance that comes with the drink. Meteorologist Rod Hill stopped by to try his hand at one of Portland's most beloved bartending creations.

Established in 1879 at the corner of 1st and Morrison, Huber's Cafe is Portland's oldest restaurant.

Originally known for its turkey sandwich and arched stain-glass skylights, in 1975 third generation owner Jim Louie came up with a new idea — a drink poured tableside with a performance to boot. Huber's Spanish coffee was born.

The Spanish coffee tradition isn't that old, at least when you compare it to the 140 year history of the restaurant. Louie says the idea evolved over time and credits a number of people, including former Portland State classmates with the recipe.

Customers loved the drink and show so much that after 45 years it remains one of the most popular items on the menu. 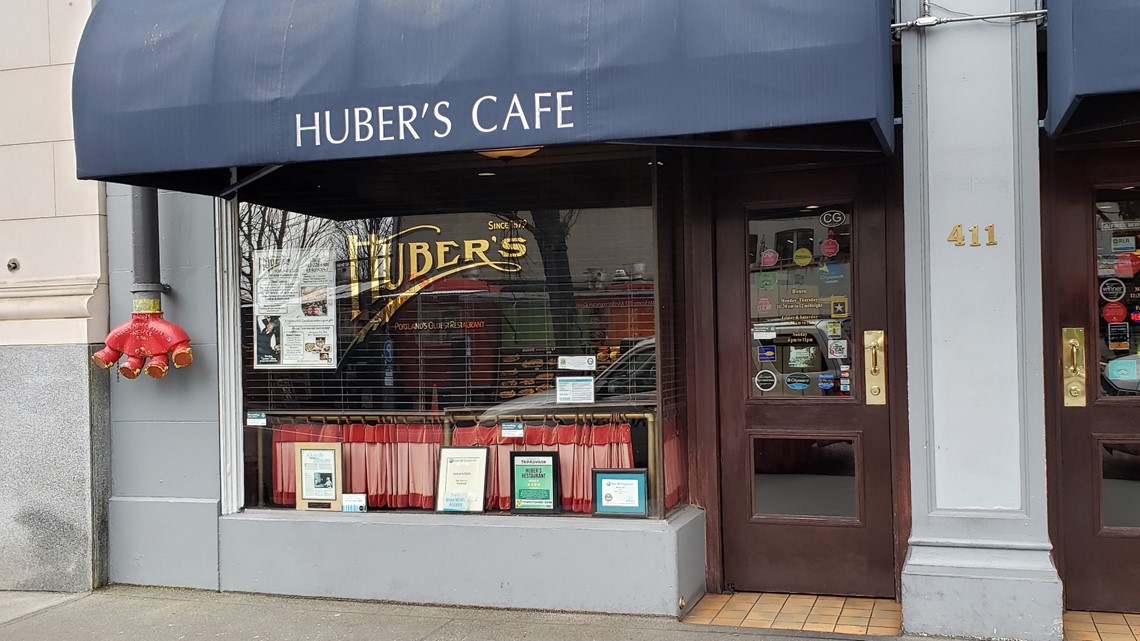 Here's how you can make Huber's Spanish coffee on your own

1. Prepare the glass by running the lime wedge around the rim and press glass into sugar.

3. Carefully ignite triple sec and 151 rum, turning the glass until sugar has begun to caramelize.