Rod on the Road: Troutdale

Meteorologist Rod Hill took a virtual trip through the "Gateway to the Gorge" and met some of the people that call Troutdale home. 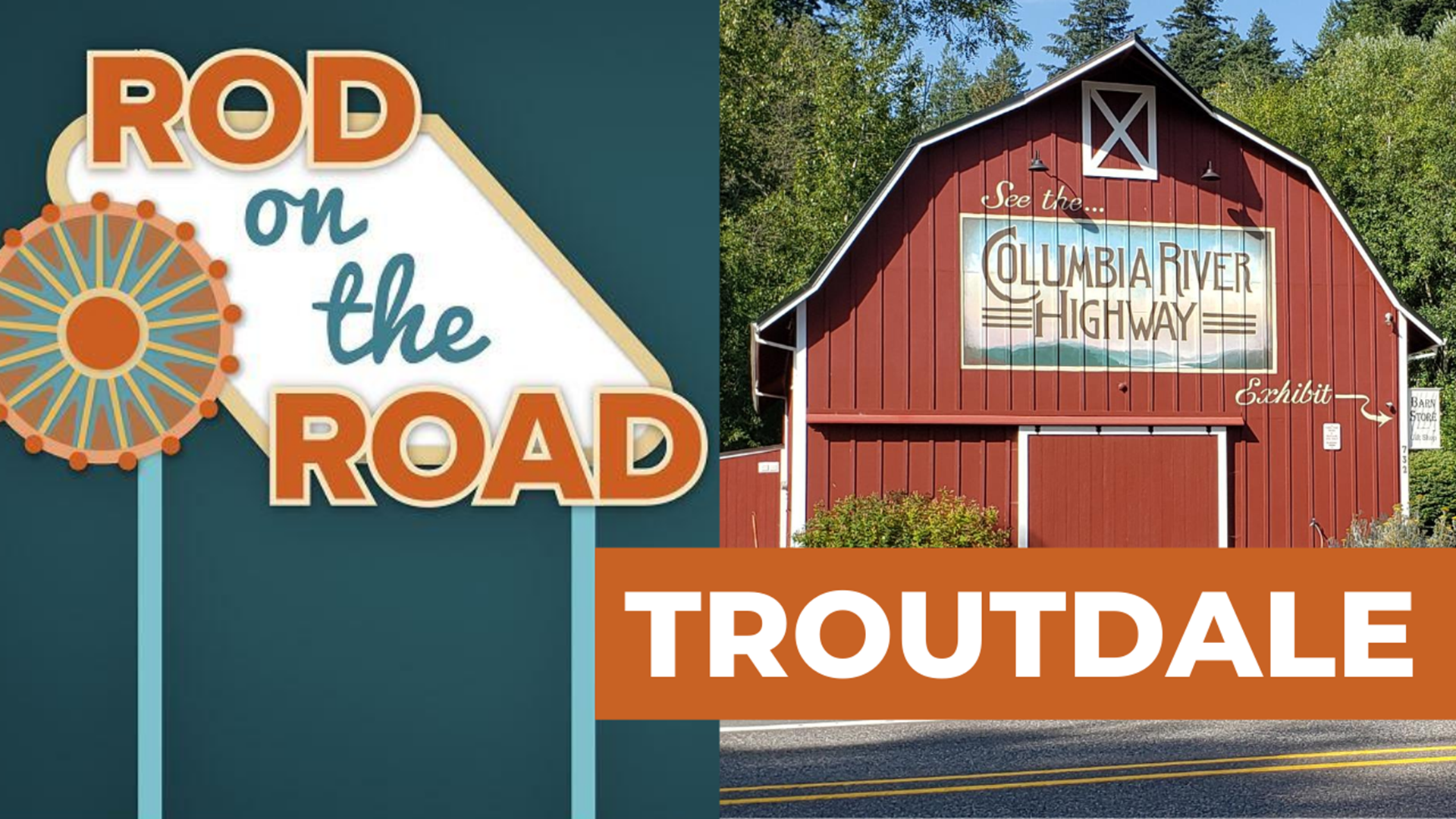 TROUTDALE, Ore. — Meteorologist Rod Hill was back on the road this week but this time he went virtually. Rod put the call out on Facebook and you delivered!

KGW Viewers described Troutdale as a tight-knit community with great food, shopping, and easy access to some of the best of nature that Oregon has to offer.

Today it's known as Troutdale, but in the 1850s the area's early settlers called the community Sandy, due to its proximity to the Sandy River. It wasn't until later that a Portland businessman who helped develop the area named it Troutdale, after the trout he raised on his farm.

Troutdale was incorporated as a city in 1907 and soon after became one of the first cities in Oregon to elect a woman as mayor.

In 1913, shortly after women were allowed to vote in Oregon, Clara Latourell Larsson was elected mayor of Troutdale. Today a statue stands in her honor in the town's Mayors Square.

Visitors traveling along the Historic Columbia River Highway can't miss the "Gateway to the Gorge" arch. The sign marks the entrance of Troutdale's historic downtown district — a stretch lined with unique shops and restaurants.

A few spots came highly recommend from commenters on Rod's Facebook page and people we spoke with:

Celebrate Me Home: A cafe and furniture store all in one!

Red Trillium Gallery: A gallery cooperative that features work from local artists in the Northwest.