Rod on the Road: Sellwood-Moreland

Meteorologist Rod Hill visits one of the most historic, picturesque neighborhoods in SE Portland and meets the people that call it home. 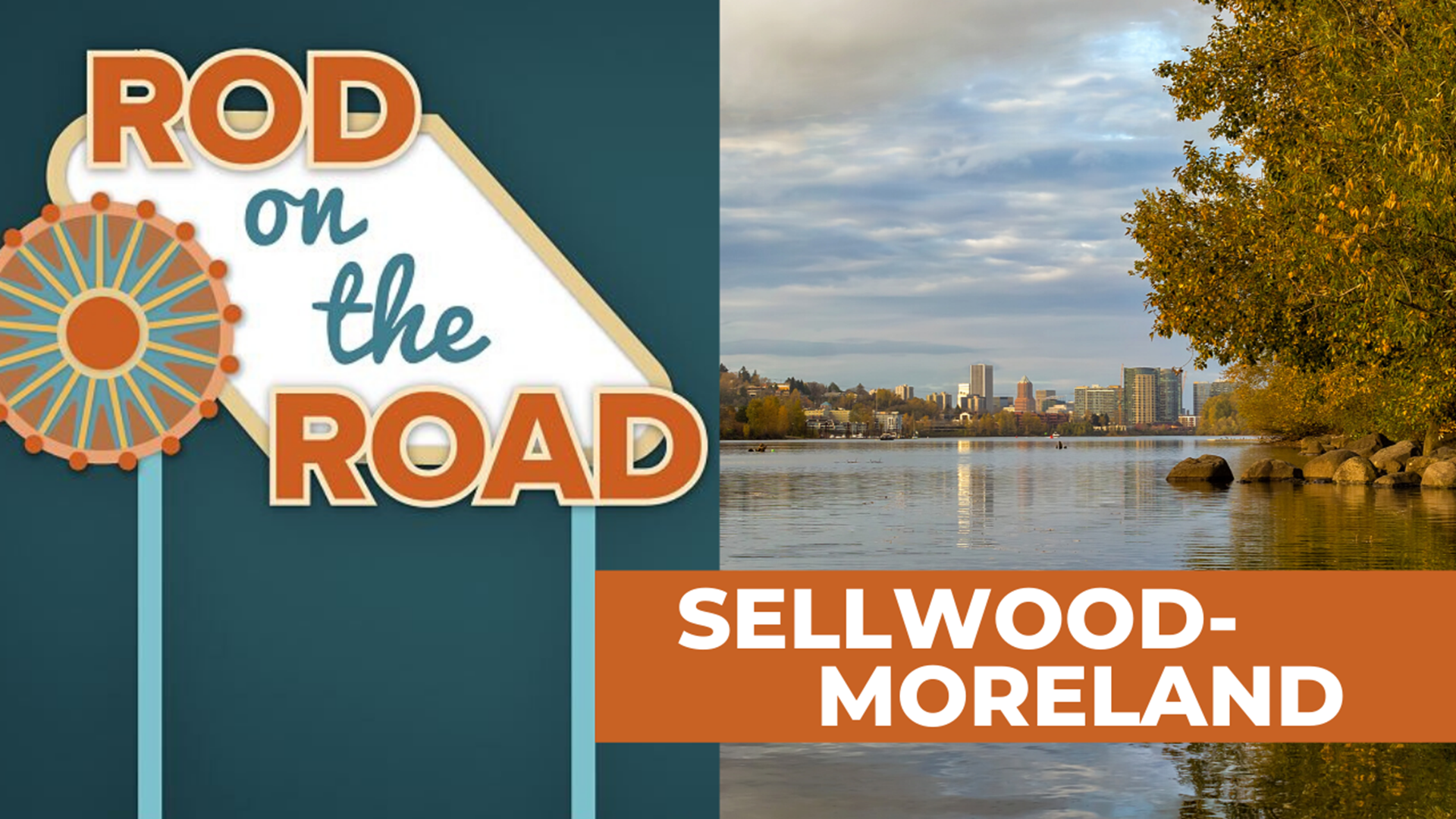 PORTLAND, Ore — This week I had the opportunity to visit one of Portland's oldest and most recognizable neighborhoods, Sellwood-Moreland. I was interested to learn that Sellwood was incorporated as its own town in 1889 before becoming part of Portland in 1893.

As the southernmost bridge in Portland, the recently renovated Sellwood Bridge is the primary crossing point for Sellwood commuters heading to downtown Portland. But it wasn't always that way. In fact, before the original Sellwood Bridge was finished in 1925, locals relied on ferries to transport them across the Willamette River and into downtown.

Today, people enjoy Sellwood Riverfront Park and the natural setting along the Willamette River with a perfect view of the Portland skyline. The center of town along 13th Street is lined with local shops and eateries where daytime strolls keep sidewalks filled with activities.

Sellwood was also home to one of the first interurban railways in the Pacific Northwest. Golf Junction Park still holds an old rail car, taking visitors back to a time of intersecting rail lines. The network transported Portlanders to nearby Milwaukie and farther to Oregon City.

Golf Junction stands at the corner of the Waverley Country Club, which today hosts 18 holes of private golf on a course that dates back to the 1800s. It's considered the oldest continuously operating golf course on the west coast.

I had the opportunity to stop by one of Sellwood's, and likely Portland's, most unconventional museums — the Portland Puppet Museum. Co-Owner Steve Overton said it's one of the few museums of its kind anywhere in the world. And I can see why. Dozens of handmade puppets adorn the walls. He gave us a safe, socially distant show outside. But I can't wait to go back when the exhibit is open indoors.

I capped off my day with a recommendation from my friend Drew Carney, and let me tell you, the Fremont Burger at PDX Sliders is definitely worth the hype.