Rod on the Road: Newport

Meteorologist Rod Hill is back highlighting your communities, but now he's visiting virtually. Last week, a trip to Newport on the central Oregon coast. 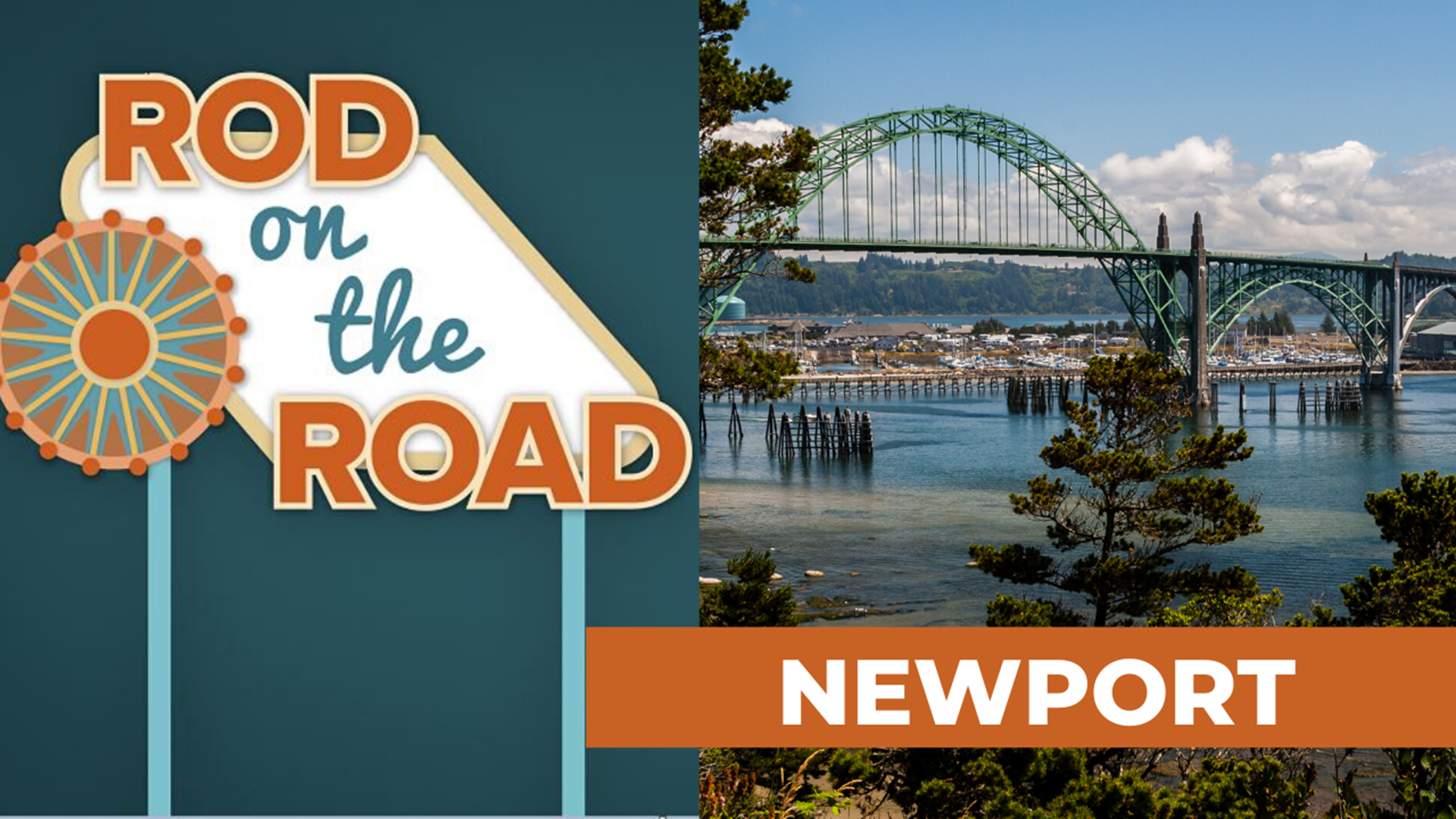 NEWPORT, Oregon — Meteorologist Rod Hill is back on the road highlighting what makes your communities special, but due to the coronavirus pandemic he's visiting virtually for the time being.

Last week, he visited Lincoln County's largest city and county seat, the beautiful coastal town of Newport.  Known for its delicious seafood, 19th century lighthouses, and the Oregon Coast Aquarium, KGW viewers were eager to share their memories from past visits.

In a Zoom call with Rod, viewer Greg Broadwater recalled his time at the Hatfield Marine Science Center as a child.

"They had tide touch pools, they had experiments with tsunamis and waves, that's a memory growing up from when I was a kid because my parents would take my brother and I there," he said.

Rod also caught up with local resident Carol Jackson Kerton who moved to Newport with her husband three years ago after falling in love with the coastal community.

She said the local arts scene has been her favorite part of her new home. After moving from Sacramento, she was surprised to find her first trip to the local theater affordable and accessible, "we bought the ticket at the door, it's free parking, and the theater was just phenomenal for a small town."

Later in the week Rod talked with Jay Moeller, the Chief Park Ranger at the Yaquina Head Outstanding Natural Area, to learn more about the history of Newport's two prominent lighthouses — Yaquina Head and Yaquina Bay.

Moeller explained that commerce was the primary driving force behind most of the lighthouses along the Oregon Coast.

"When congress granted Oregon and California territories of the United States, they knew that they needed lighthouses to keep the ocean highway open 24/7," he said.

Note: Both the Yaquina Head Lighthouse and Yaquina Bay Lighthouse are currently closed to visitors due to the coronavirus pandemic.

RELATED: Rod on the Road: The Dalles

RELATED: Rod on the Road: Gresham