The history of the Portland Japanese Garden

KGW documented the design and building of the garden through the 1960s. 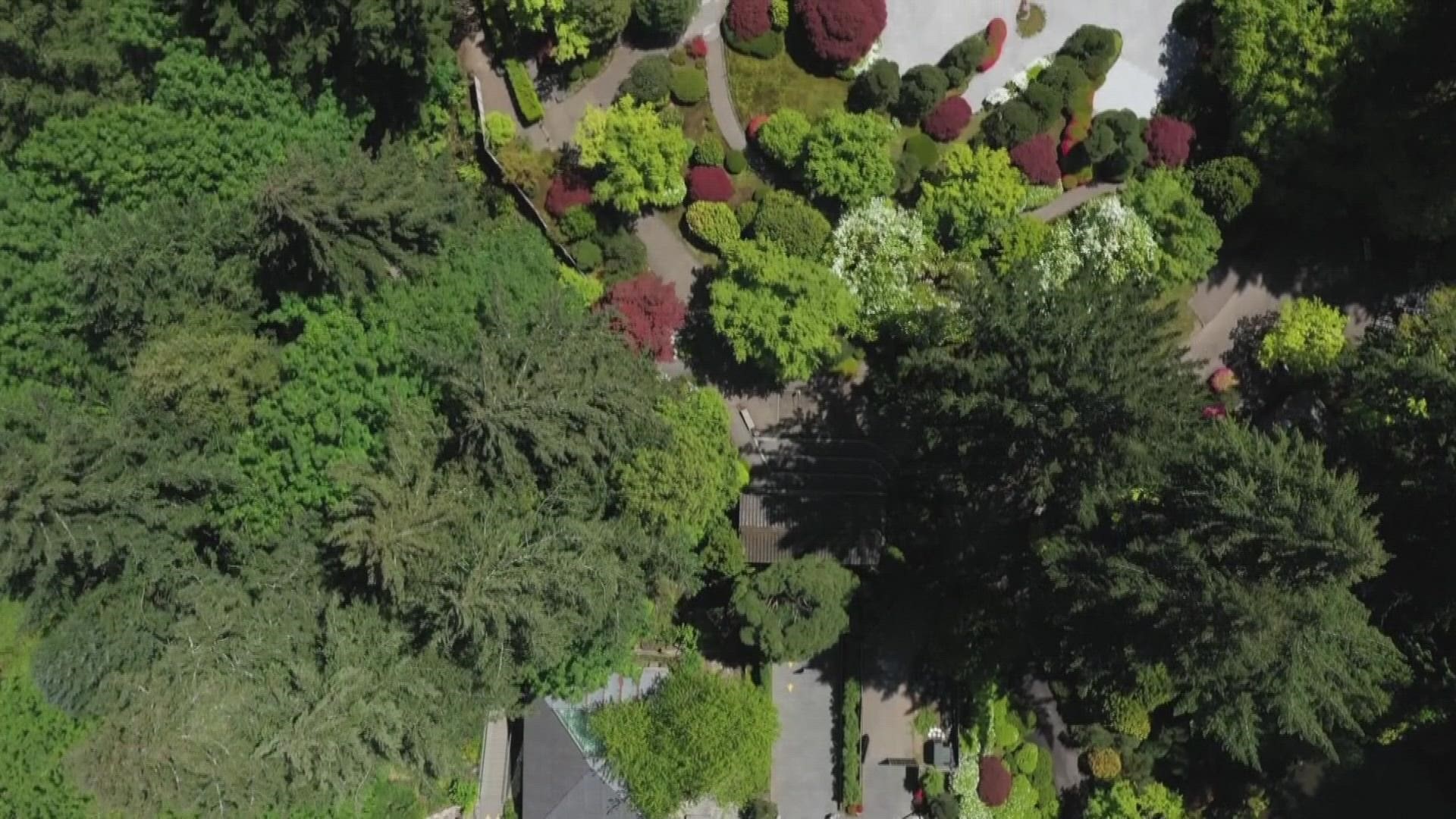 PORTLAND, Ore. — Portland Japanese Garden sits quietly in the hills just west of downtown. It is a curated space, meticulously tended, welcoming and serene. The garden tells its story through light, color, and in time with the seasons.

There is a purpose to the garden, though, that is more than just a beautiful space.

Inspired in the late 1950s by growing cultural ties between Oregon and Japan, Mayor Terry Schrunk and members of the Portland community conceived the idea of building a Japanese garden on the site of the old zoo in Washington Park.

Their reasons for building a Japanese garden were twofold: providing the citizens of Portland with a garden of great beauty and serenity, while forging a healing connection to Japan on the heels of World War II. Japanese gardens were founded across the country, including Portland's, to build cultural understanding. Needing no translation, an American could experience firsthand Japanese ideals and values, communicated simply through nature.

KGW documented the design and building of the garden through the 1960s. Rare film from the KGW archives shows the first shovelfuls of dirt being moved on the day construction began at the site of what was the old Washington Park Zoo.

Once opened in 1967, the garden attracted crowds, many from Japan. By the 1970's, it had established itself as a cultural crossroads. The 1980's saw the addition of the Pavilion and hosted large events, including a visit from the Japanese ambassador to the United States.

In April of 2017, the garden opened the largest expansion since the original groundbreaking: the 33.5 million dollar Cultural Village. They had space to expand their programs and create a new signature gathering place.

He was able to identify the spaces shown in the film and compare them with how those spaces look today. He said watching the film was like a "treasure hunt" because many of the plants hadn't yet been placed and the construction was so new.

1 / 8
KGW Archives
The Portland Japanese Garden's Sand and Stone Garden during construction in 1965.

Uchiyama follows the original plans for the garden created by Professor Takuma Tono from the Tokyo Agricultural University who the city contracted to design the original space. Professor Tono spent a considerable amount of time laying the stones that form a simple bridge, which can still be seen today on the edge of the Portland Japanese Garden's 'Flat Garden.' The bridge symbolizes the intention of the garden, which is to bridge the divide between the nations of the United States and Japan and to heal from the struggles of World War II.

Uchiyama shared another important philosophy the garden teaches. As he is the most current curator in a line that traces back to Professor Tono in the 1960s, the garden will outlive our lives, he said. He adds he never loses sight of that concept. The garden, he said, teaches us to build for the future.