#Sunrise60: Poler, Portland's 'outdoor stuff' company, is back after sudden bankruptcy one year ago 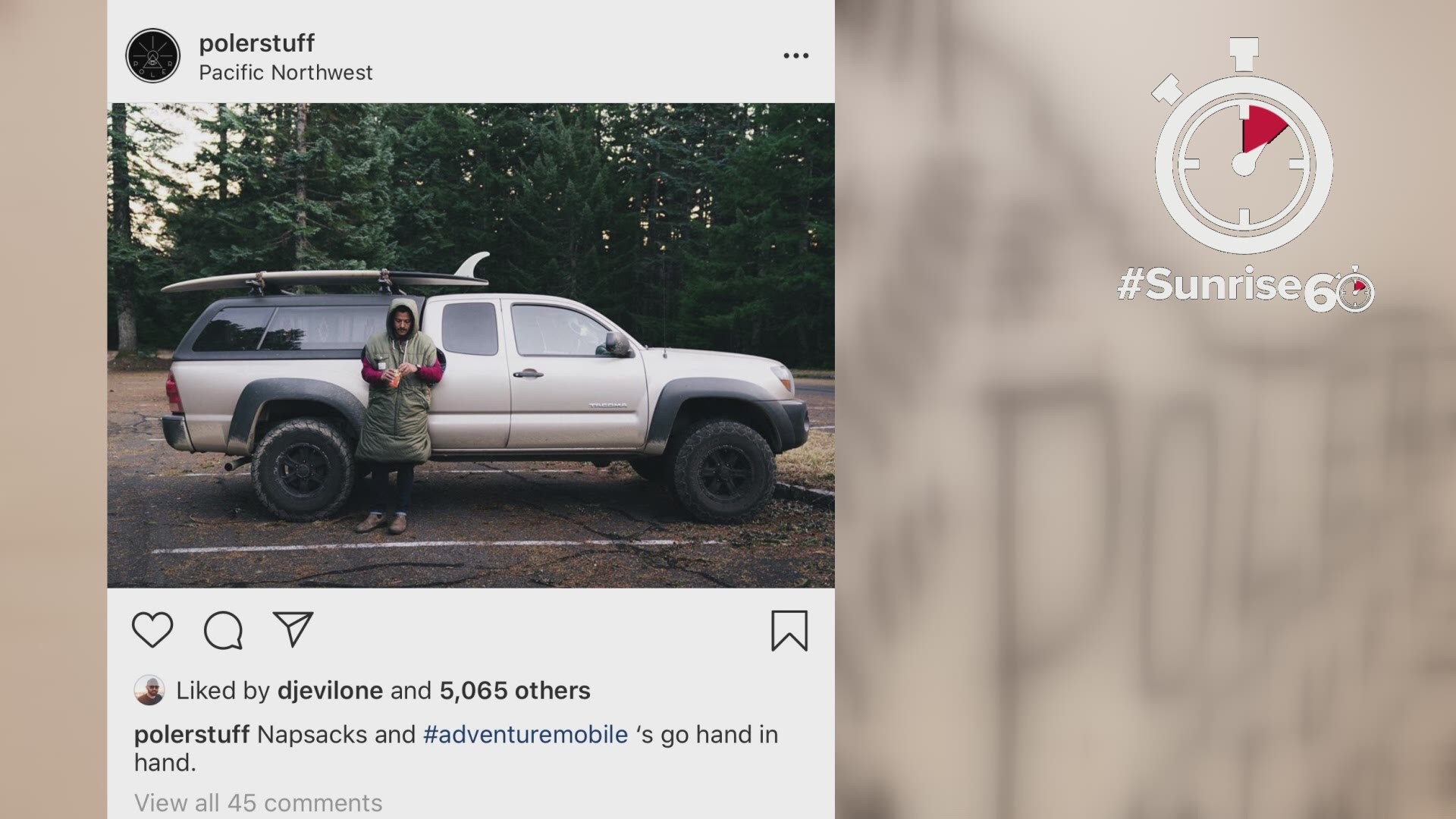 PORTLAND, Ore. — If you've heard of Poler, you might know they unexpectedly went bankrupt and closed everything down very quickly and very silently, exactly one year ago. They were the Portland-based and designed outdoor gear company that was an Instagram darling, making weekend camping and coast trips look laid-back and cool with their slogan "camp vibes".

One year later, and Poler is back, financially stable and working on new designs.

Poler was the darling of the Portland business world four years ago, getting recognized by the Portland Business Journal as Startup Of The Year finalist. That year, the company raised $4.5 million from backers, the largest for a Portland apparel startup, the newspaper reported.

January 2019, the company declared Chapter 7 bankruptcy. Pacific & Everest Lifestyle purchased the company's brand and assets for just over $6 million, the newspaper reported. Co-founder Benji Wagner is out and the new CEO is Cape Capener according to the Portland Business Journal. Still with the company is original co-founder, Kharma Vella.

"The company expanded really fast in the grand scheme of things and there were decisions being made that weren't in the right direction and the investor wanted to push reset and start over and start fresh," said Vella, now Poler's product brand director. "Bringing me back as one of the original founders was kind of key to the whole thing. I'm really excited to be here and I'm super honored and humbled to be back."

While many gear companies make you feel like you need to traverse glacier ridges and heli-ski in the Alps, Poler is for the laid back, day tripper.

"I like it because they're versatile clothes you can wear all the time," said one customer from Seattle shopping in the Portland flagship store. "You can wear it anywhere and everywhere and we always get compliments asking where was it from?"

Favorites like the Poler trucker hat, the Sage Puffy coat, and the rucksack backpack are back online and in their store on Southwest 10th and Washington in downtown Portland.

But the Napsack is their best seller. It's a sleeping bag that quickly changes into a cozy, wearable vest you can wear long or short. "It's range is 50 degrees and anything colder than that, you're going to be cold," said Vella. "So we're going to focus on elevating that so there will be a couple other levels higher so you can have a three season bag."

Vella says as their new team grows, more changes are on the way.

"We're going to bring a sustainable story into the fabrics. More natural fabrics as well and steer clear from everything coming in plastic bags that the customer just throws away. We're really focused on why people gravitated to the company in the first place."