There’s a special pet detective in Clark County, who tracks down lost pets and gets them back to their families, through the non-profit she started. 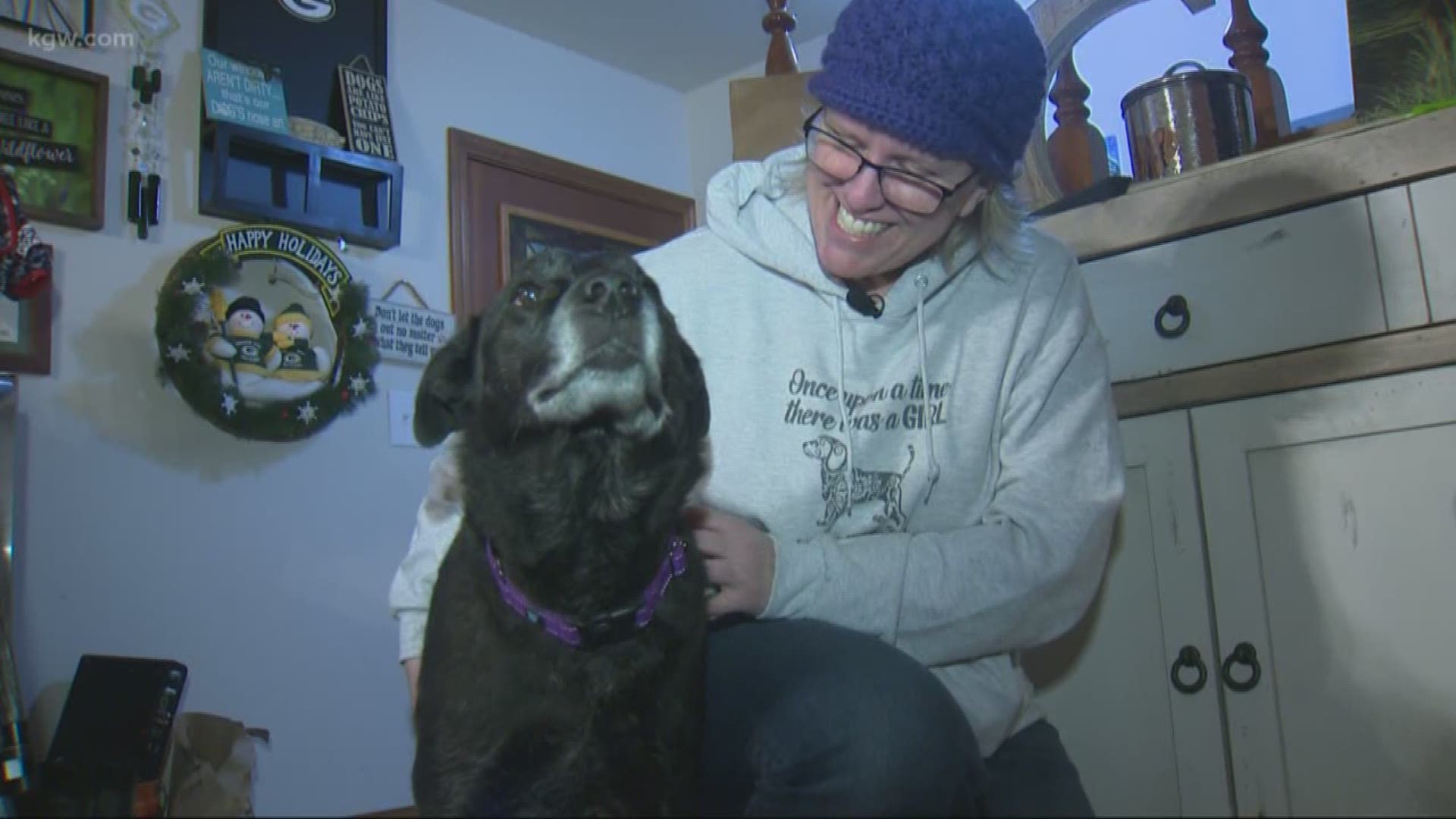 VANCOUVER, Wash. — There’s a special pet detective in Clark County, who tracks down lost pets and gets them back to their families.

Keri-Lyn Jakubs also helps foster and heal needy animals, including those that have been abused, neglected, or whose owners have died, leaving them homeless.

Jakubs does it all through the non-profit she started called I Paw’d It Forward.

About a dozen volunteers help with operations, while others in the community provide support through donations and other ways.  But Jakubs is definitely the driving force of the services provided free of charge to those in need of assistance.

Jakubs has a special appreciation for community, after she needed help a decade ago.  She lost a good job she’d had for 15 years, just as she bought a house.  She couldn’t make the payments on that or the car, much less afford other necessities, until others stepped up.  The help she received changed her family’s life.

“There are no words to express how much community means and how that inspired me to turn around and make sure that I paid every single thing forward,” said Jakubs.

She eventually started her own successful consulting business that allowed her to start over. That new start included building a community service organization that helped everyone from school kids to families in need. Jakubs’ non-profit still does some of that.

But helping animals has become the main focus.  Tracking down lost pets is a specialty.

“We don’t believe that anybody that’s ever lost a pet should have to worry about whether or not they can get that pet back, because it cost money,” said Jakubs.

Jakubs says they’ve reunited at least 500 animals with their families in the past three years alone. They often rely on sightings reported by community members.

More than 100 animals had to be trapped to recover them safely. I Paw‘d It Forward also helps families with free supplies and help making lost pet signs, and contracts with Clark County for after hours emergency animal help.

Credit: I Paw'd it Forward

Some notable missing pet cases include a dog name Laska, whose owners worked with the organization for more than three months, tracking her down.  On the 98th day it paid off, as Laska was recovered and reunited with the couple.

“Her owners, every single day, every waking moment they were out, searching for her,” said Jakubs.

Then there was Jack the cat, who made the news after a teenager took him from a Vancouver family’s front porch last summer.  Eventually a tip came in that led to Jakubs and crew finding him roaming a field.  Jakubs set the trap, and Jack was captured, with his human “father” there to witness it.

Credit: I Paw'd it Forward

When asked what gives her the most joy in being a pet tracker, Jakubs said, “Seeing an owner get their pet back.  I know a lot of people call their dogs, cats, llamas, whatever, family.  And I believe that too.”

Jakubs is currently expanding her operation by adding kennel and work buildings on her home property.  Again community is making it happen.  She thanked excavators, plumbers and others for their help.

If you want to help with cost of the freestanding outbuilding itself or help in other ways, contact I Paw’d it Forward, and follow them on Facebook.