Sorry Nic Cage, sniffing out Oregon truffles is a lucrative job for dogs these days, not a pig

The Oregon Truffle Festival is Feb. 14-16 in Yamhill County. The funky fungi, found below Douglas fir trees, are rivaling the price of France's famed truffle scene. 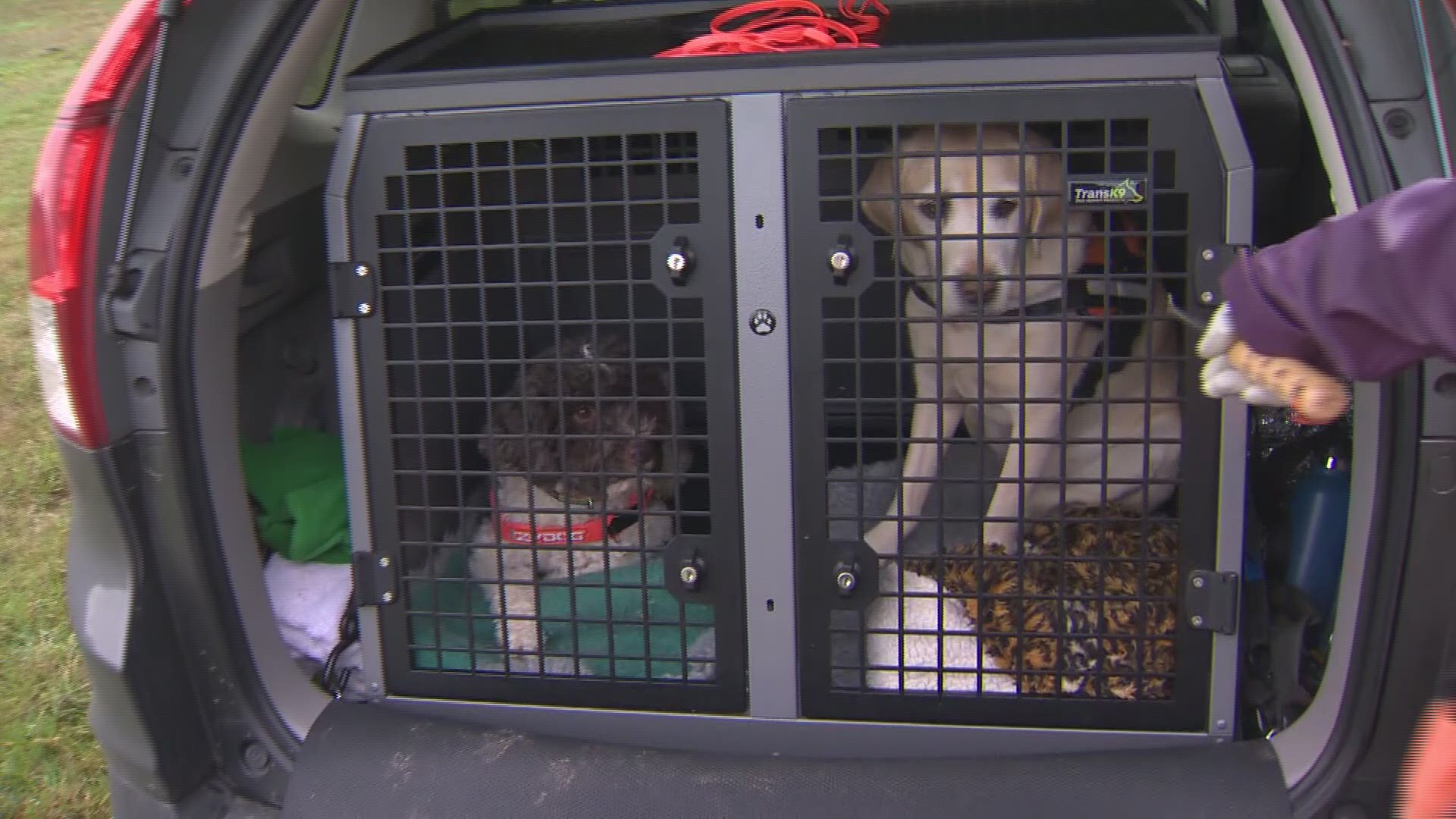 SHERWOOD, Oregon — The Oregon Truffle Festival celebrates one of our most coveted yet secretive culinary delights. Truffles are in the fungi family and conditions have to be just right for them to grow underground here in the Northwest.

Truffle hunting is a hobby for friends Marilyn Richen and Tammy Jackson. Their dogs, Gucci and Bleu, are both trained truffle hunting dogs.

"This is a dog that needed a job," says Richen of her yellow lab Gucci. "She's a very busy, enthusiastic dog and she loves to find things, so we trained her to hunt truffles."

Oregon has four native kinds of truffles, two white and two black, each having a winter and spring growing season. If you've never tasted truffles shaved or infused into things like pasta, fine salt, or french fry oil, you might have smelled them. Words like funky, musty, earthy, even stinky cheese come to mind.

"Some people think they're gross," laughs Tammy Jackson. "It's like cilantro, I think, where people either like them or they don't."

Actor Nicolas Cage has been filming a movie around Portland this winter, playing a truffle hunter so old-school, he uses a pig. That's the movies. In this day and age, it's trained dogs like Gucci and Bleu sniffing them out a couple inches down in the soil.

"It is the fruit of the mycorrhizae which is attached to roots, in this case in Oregon, of Douglas fir trees," explained Richen as we went along on a hunt with the pair in a Douglas fir stand in Sherwood previously known to have truffles.

"Not every tree will fruit that's why it's good to have a dog to find them for you."

And because their shelf life and their growing season is so limited, truffles are fancy food, and expensive.

According to officials with the Oregon Truffle Festival, which became a non-profit in 2018, prices for Oregon truffles have risen dramatically over the past five years with the introduction of trained truffle dogs. Oregon truffles are now sold for as much as $800 a pound, rivaling the famous French black truffles.

As soon as we walked into the grove of tall Douglas fir trees, the dogs on leash started pulling this way and that, along with prompts of "Truffle, Gucci!" from their handlers.

"She's following scent, this is good truffle-dog behavior," said Richen, trying her best to keep up. "When she makes a sharp turn like that, it's a good indication. Gucci sit, good girl. We have another alert!"

That's when the dog starts digging a bit, and the handler must pull them off. Richen and Jackson both wore gloves and carried flat-head screwdrivers with them to loosen the dirt and carefully look for the truffle while digging, so as not to break it apart. If they couldn't immediately find it, they'd prompt the dogs to help sniff the spot again.

"I have to reward her with dog treats and keep her from eating the truffle because they would eat them if they could, but here it is, that's a nice white!" Marilyn held up a white truffle, covered in dirt, about one inch in diameter. She places them carefully in a small pouch attached to a belt around her waist. In about 15 minutes, the dogs found a small handful of white truffles estimated to be worth between $50 and $75 dollars

Marilyn and Tammy told us they keep what they find, versus selling to restaurants or chefs. If you do buy fresh truffles, know that they don't keep for too long.

The women both said their favorite way to use them is get a Tupperware container, place a couple sticks of butter inside, paper on, and a couple fresh eggs, uncooked in their shell, and place the truffle in the container, lid on. Put it in your refrigerator for a couple days and the aroma is so powerful, it will seep through the butter paper and egg shells and you'll be left with perfect truffle butter and crack those eggs for an omelet for a real truffled treat. Shave the truffle into warm pasta, on top of deviled eggs or infuse into oil to keep.

Here's a Cassidy Quinn video from the 2018 truffle festival.