One of the greatest players to play for the Portland Trail Blazers takes a ride with KGW's Brenda Braxton in the latest episode of KGW Carpool. 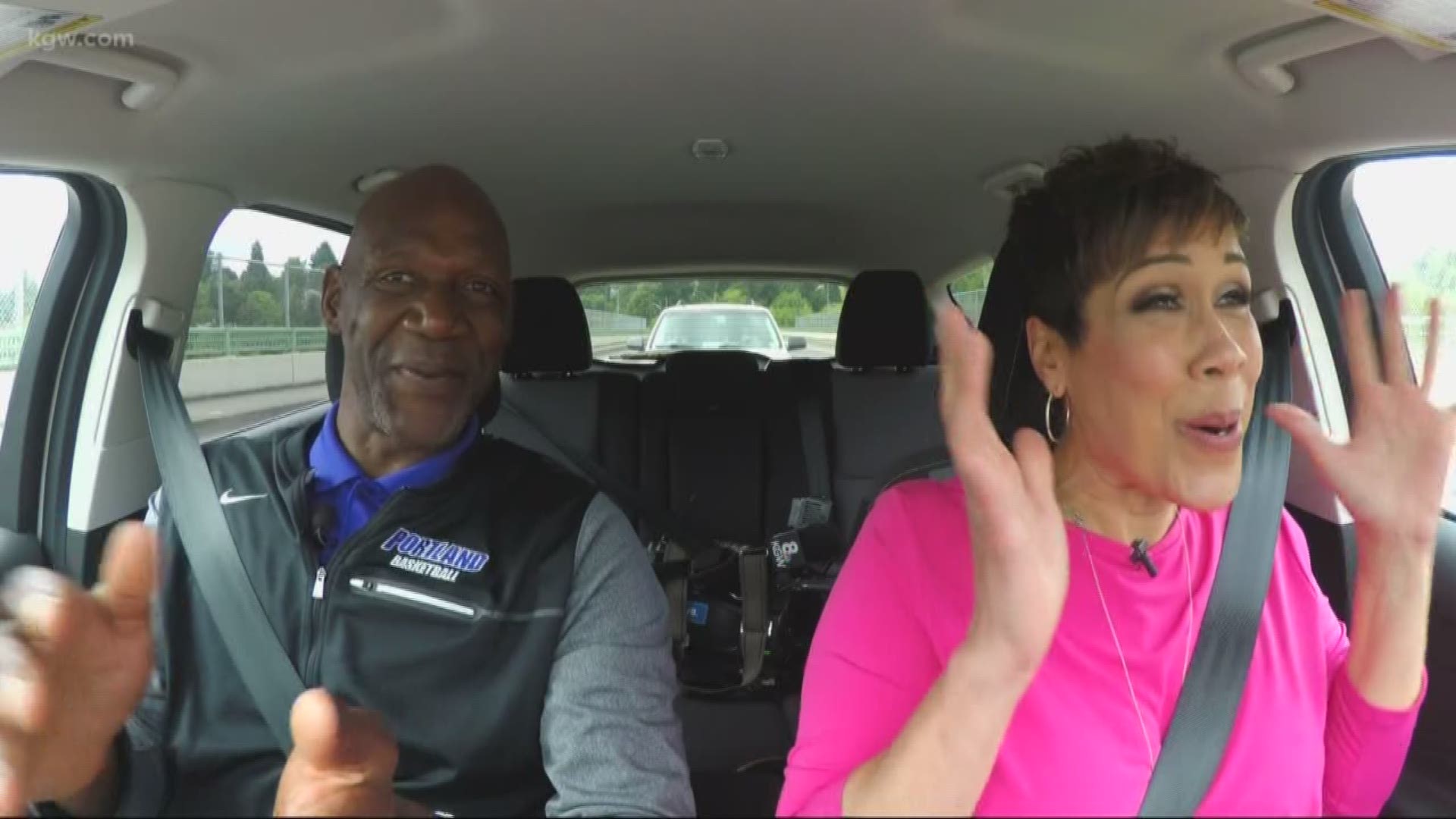 PORTLAND, Ore. — Where do I start? Terry Porter is one of the all-time greatest players to grace the Trail Blazers roster. His NBA career took him all over but when he and his wife of 29 years put down permanent roots they knew exactly where it would be.

"We decided Portland just because we loved it. Our kids were born here and we like the climate, we like the people, so, it really was a win-win for our family," Porter said.

We reminisce in this KGW Carpool.

On losing teammates he considered brothers, Porter said: "Losing Jerome [Kersey] and losing Kevin [Duckworth], that's just a part of your family. A part of your heart is missing. It's hard to think of living in this city, going by some of the places we used to hang out and they aren't here anymore. It's heart-wrenching."

RELATED: Adelman on Kersey: 'He always came in and worked his tail off'

On what the Blazers meant to the Rose City after making those deep playoff runs, which Porter called, "one of the most electrifying, special times."

He said he remembers flying into the Hillsboro airport at 3 or 4 a.m. after beating Phoenix in the Western Conference finals and seeing 5,000 fans waiting to greet the team.

"We were about to land and the pilot said, 'Guys, you need to look out the window.' You could see so many people wanting to be a part of it. You could see how they appreciated the success we had and how we represented the city and the things we did to make them proud. It was awesome," Porter said.

He also told me about his humble beginnings in the NBA. His stories are hilarious! Forget the private jets and plush practice facilities. Back in the 1980s and early 90s, the team got after it in community centers and high school gyms, and flew commercial.

Porter played for the legendary Dr. Jack Ramsey. Also, Mike Schuler, Rick Adelman and PJ Carlesimo. I asked if he had a favorite.

Now Porter coaches the men's basketball team at the University of Portland (my alma mater). The Pilots struggled last season, not winning even one conference game. We talked about the challenges associated with that and the challenges of coaching his two sons on the squad.

On another personal note, Porter talked about meeting the love of his life 36 years ago in college. Susie is white, Porter is black, and Porter admits both of their families initially had reservations about their interracial relationship. You'll never believe how Susie's parents found out she and Porter were dating! It's an epic story that he shares with animated good humor. Three kids and 29 years of marriage later, they clearly made the right decision.

I think you'll hear a story or two on our ride that'll surprise you. And what better way to celebrate the Blazers' 50th anniversary as a franchise than by chatting with one of the team's favorite players.

Buckle up, and go Blazers!

RELATED: What are the Blazers' player ratings in NBA 2K20?