Bob Moore is 90 and has no plans to retire. He opens up about work, love, and losing his wife Charlee after 66 years. 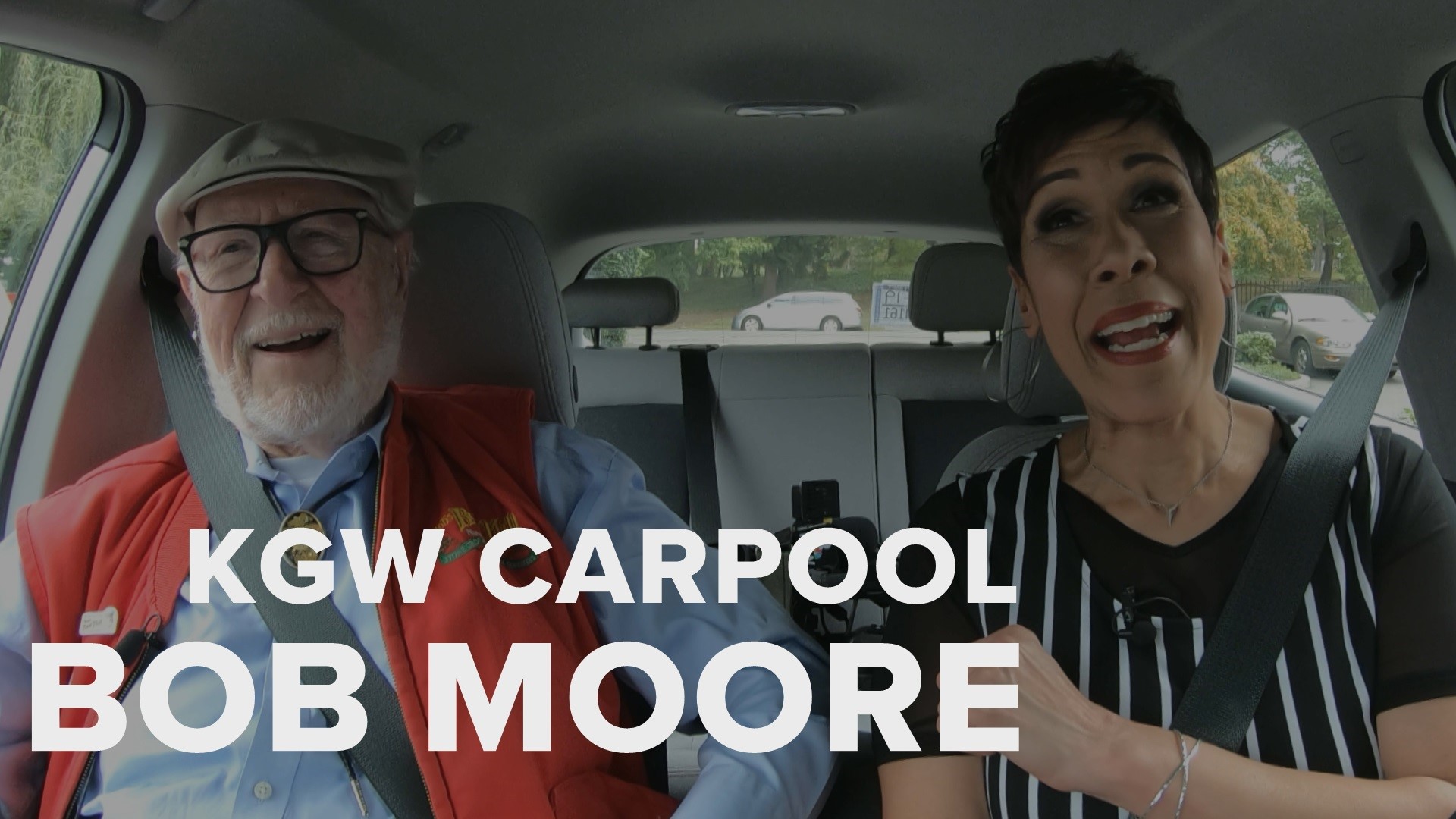 MILWAUKIE, Ore. — In this KGW Carpool all roads lead to Milwaukie and the one-and-only Bob Moore, president and founder of Bob's Red Mill.

Spending time with this nonagenarian, I don't get the feeling he's slowing down!

"No, I haven't slowed down at all," said Moore. "I haven't retired. I missed retirement. I don't know where it went," he chuckled. "If it went by somewhere, let me know."

Bob told me about three things that made him successful. "Well, I've certainly taken a hold of whole grains as a way of life. It's helped me live to be 90 and a half with exercise and hard work."

Speaking of exercise, we had an impromptu challenge in Bob's office. Who could do the most push ups? Spoiler alert: It was Bob! I tapped out -- my non-existent triceps on fire. "It's good for ya," Moore teased. "It'll hurt tonight but tomorrow it'll be good."

Bob took me on a tour of his store and restaurant. He's the face of the Red Mill brand and customers come up to him left and right when he walks through the door.

He also explained how his iconic cap has become a bit of an obsession and confesses he's bought them all over the world. As for why he started wearing them? It was a skin cancer scare and his dermatologist warned him not to go outside again without a hat on.

Moore is known for his whole grain goodness and all things breakfast but he revealed who he'd most like to have dinner with. "Trump," he piped up. When I asked why he said, "I think he needs my guidance."

Then this entrepreneur and philanthropist walked me through his reasoning calling it "an intensely deep, profound feeling in my heart." Check that out at the end of our ride.

I also put together a KGW Carpool "Extra" for you and it's a beautiful love story.

Bob lost his wife, Charlee, last year after 66 years of marriage. She helped him build his business and raise three sons. He opens up about her death and going to the doctor for depression. "I'm not over it. I don't even want to be over it. Honestly, I don't."

Bob keeps their wedding rings and other family mementos in a curio cabinet in the sprawling home they designed. He says those things keep him connected to Charlee.

"I particularly felt her night before last," he said. "I was pulling the blinds in the house and I looked at this cabinet and I started looking at the pictures. These are good things. I'm talking about good things, not sad things. I had a lot of respect for her. She believed things -- benevolent things -- that were important in the world and she imparted those things to me. I really see her influence all the way through my life. I think that's good."

It's more than good.

Bob's not one to hand out relationship advice but he did offer this."Don't shy away from the reality of having a long life with someone you love. Don't shy away from it. I don't think there's any need to and I haven't. So, here I am."

Enjoy the convo and the Carpool!

RELATED: Entrepreneurs from Africa learn about business in Oregon