Odd Man Inn started with a simple idea, to help as many abused and neglected farm animals as possible. 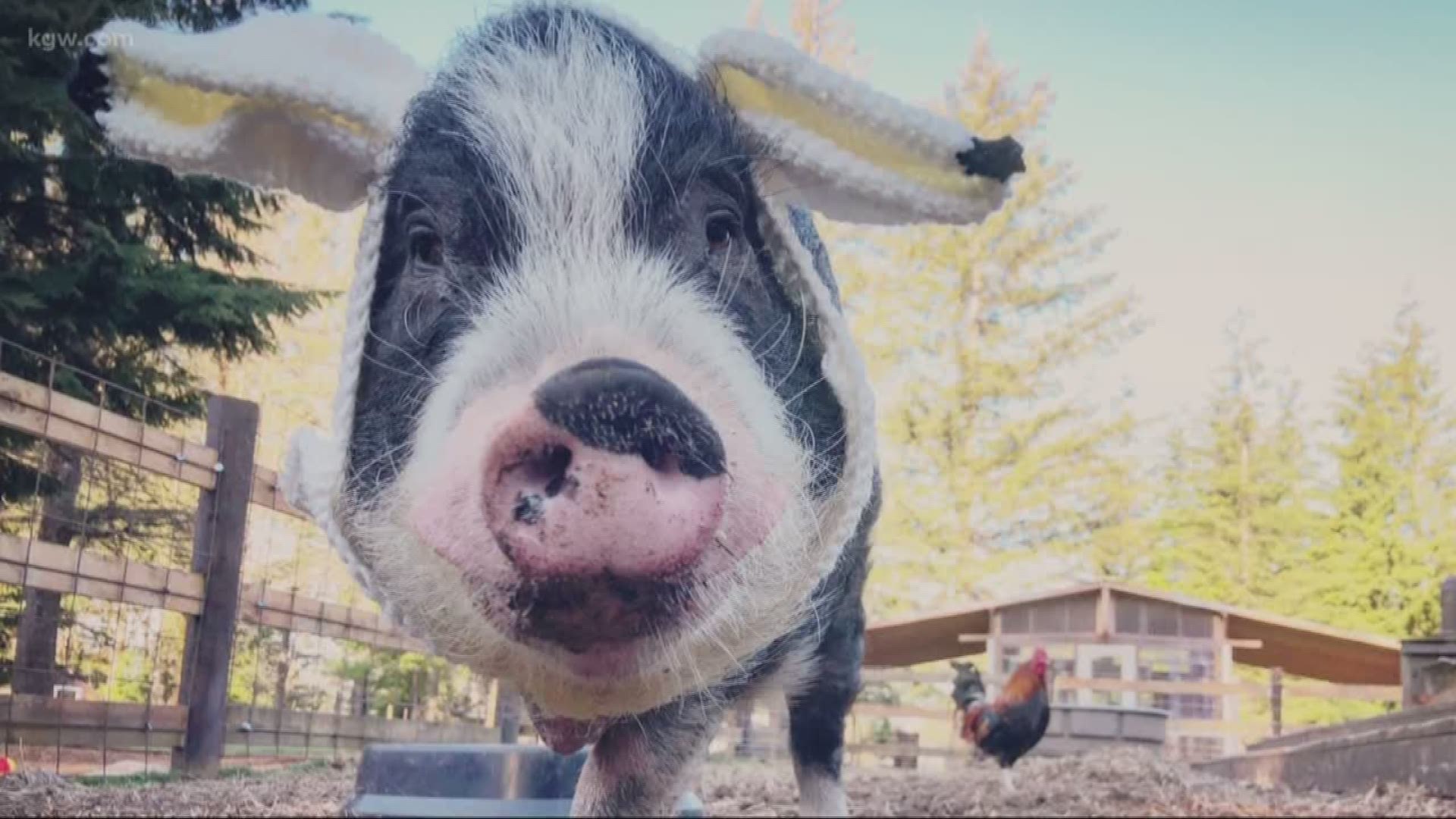 WASHOUGAL, Wash — In the woods outside Washougal, is a refuge called Odd Man Inn.

This is a place where animals come, first to survive, then to thrive.

It's also the home of Wendy and Josh Smith.

Odd Man Inn is their life. Ironically, it started when they moved from a Portland neighborhood to their rural property in order to keep and care for a dog that had aggression issues.  Then they realized they had space for more special needs animals.

"Farm animals, they kind of fall in the gap where there's no place for them to live safely while they're waiting to find a home that won't exploit them won't breed them. So we take in animals and we rehabilitate them socially and medically, get them all the things that they need, and then find them safe homes," said Wendy Smith.

From chickens to goats and even llamas. And pigs. Lots of pigs. The couple found the need is great.

"A big part of our program of taking in animals is working with our county animal control shelters, so there are situations where goats or pigs or llamas or sheep get seized by animal control because of abuse or neglect situations or strays, they just turn up in town and nobody knows what to do with them," said Wendy.

To say these animals are well cared for is an understatement.

The refuge gets lots of quality surplus produce and serve it up morning noon and night, 4000 pounds a month.  Today, there are 137 animals on the four acres. Thirty-seven are pigs, including Melvin, who lost a leg and both ears in a dog attack. But with crocheted ears, he won a first prize in a national photo competition for a farm supply company.

Odd Man Inn is a vegan organization, with some ideals we can all relate to.

"Whether people are vegan or not wherever they belong on the spectrum, everyone believes in compassion and kindness that's hard to argue with," said Wendy.

"Let's all work together to make our planet and all living things our priority, and so this is a great way to get that message out," said Josh.

The message has caught on for about there are about 2 dozen volunteers on the animal care team, who take turns helping out. Ann Warren came out with her daughter last spring and keeps coming back, for good reason.

"Soul food I would say. My heart has grown, my experience of not just animals but people in general has changed," said Warren.

And the lives of these animals are changed with the human touch at Odd Man Inn.