'We are living in a different world': House Speaker Tina Kotek looks for bipartisan effort to help Oregon recover

She told 'Straight Talk' moderator Laural Porter, it is most important to her, and her colleagues to make sure Oregonians have the help they need right now. 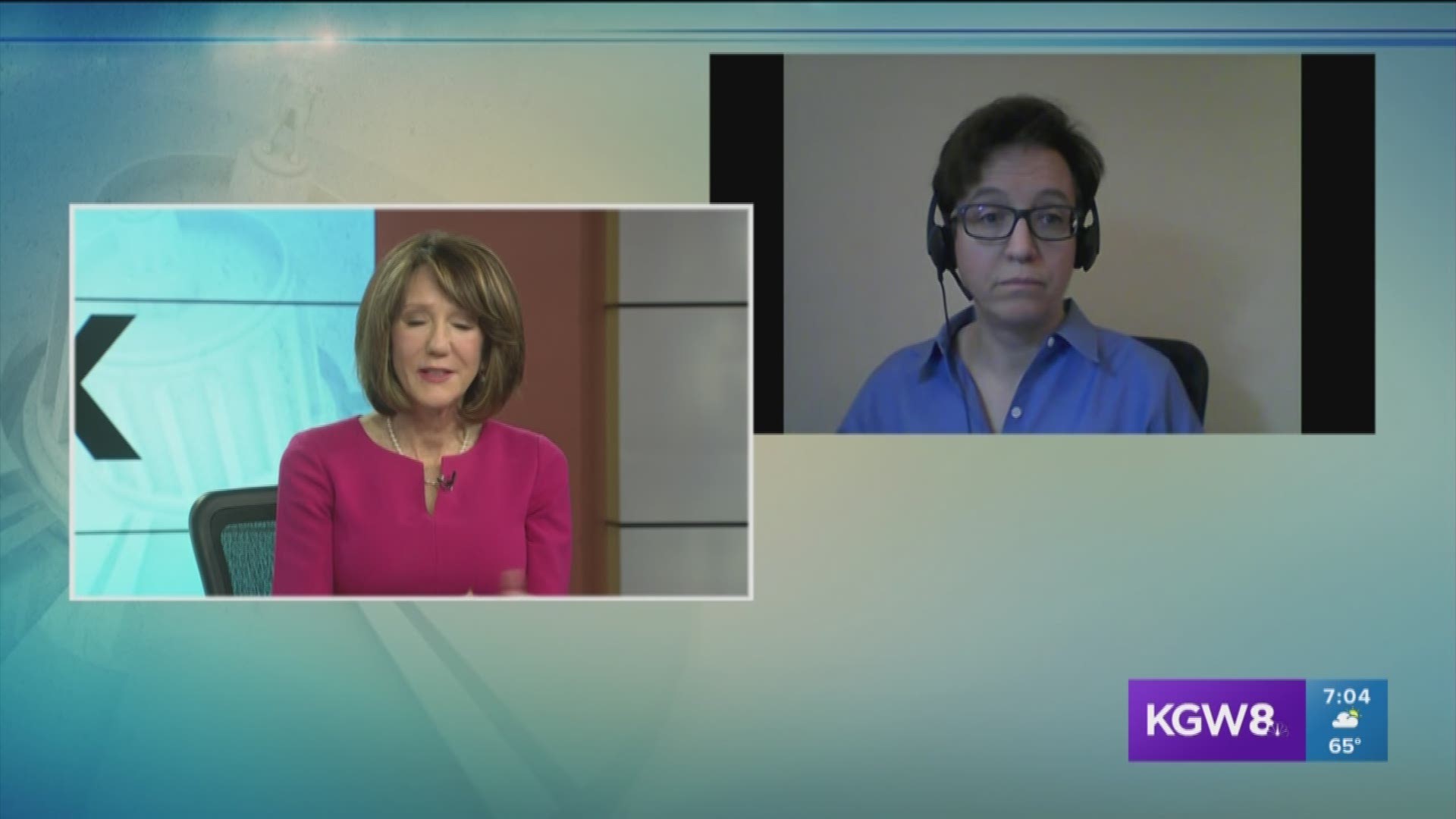 PORTLAND, Ore. — Oregon's Speaker of the House, Tina Kotek, (D) Portland, reassured Oregonians that state lawmakers are listening to their concerns and fears about the future created by the coronavirus crisis.

She said legislators are hearing their constituents' worries about housing, unemployment and how they're going to educate their kids with schools closed because of the pandemic.

She told 'Straight Talk' moderator Laural Porter, it is most important to her, and her colleagues to make sure Oregonians have the help they need right now.

She said lawmakers feel good about the two trillion dollar federal stimulus package that is coming. However, she said that's four to six weeks out, and she wants to make sure assistance is there to help fill the gap.

"It's always better to keep people with their heads above water for as long as they can, because when businesses close, if people get evicted and end up homeless, it's very difficult to bring them back to stability," she said.

To do that, Kotek is pushing for another meeting of the Legislative Emergency Board for short term assistance for things like rent, shelter and food assistance. She also said the Governor will call a Special Session, but the timing is unclear.

Governor Kate Brown has said she wants to wait for the state revenue forecast in May, and to get a better understanding of the aid coming from the federal government. Kotek, who had said she wanted a session sooner than later, downplayed any differences with the Governor over timing.

"We met with her yesterday," she said. "There's a legislative concept ready waiting for the Governor. She's trying to figure out what things she can do with executive orders and which things will need the legislature," Kotek said.

Kotek said she and legislative leaders are communicating with the Governor on a regular basis.

"We are doing this together. Because that is what the state of Oregon needs," she said.

Kotek expects the demands on the state budget for immediate needs, coupled with the budget already allocated for the coming year, will result in a tremendous revenue shortfall. However, she said the state is in a better position than it was entering the Great Recession.

"I was in the legislature during the Great Recession of 2008. I know what it means to cut budgets. On the upside, we have two billion dollars in reserves that we can put toward a budget deficit," she said.

She expects when the state revenue forecast comes out in May the state will have a two to three billion dollar shortfall.

Kotek said if legislators then have to cut budgets that they have to do it carefully, so as not to impact people's lives.

Kotek pointed out the pandemic is different from other emergencies in that we are still in the middle of it.

"Where will we be in September, will it be worse?" she said. Kotek doesn't think lawmakers will know the full impact and the budget challenges until the fall.

Many businesses have asked lawmakers to delay the first payment of the corporate activities tax due in April. The tax is part of the Student Success Act passed by the legislature in 2019. It's expected to bring in one billion dollars a year for schools.

Kotek said she does not support delaying the tax because she said it doesn't impact most small businesses. And that's who lawmakers are focused on helping. She also pointed out schools need the money.

"We are using the dollars from that tax to pay for this year's school budget and next year's. And that doesn't even include the expansion of the Student Success Act," she said.

As for when businesses can start opening again, Kotek believes it's not based on the economy, but on the science of the public health situation.

"We need to follow what the Governor and Oregon Health Authority have been saying. We need to have good data that show we have reached a certain point in the pandemic. We can't do it too early," she said.

She called for patience and predicted we won't get back to normalcy for months.

"Frankly, I don't think everything gets back to normal until we have a vaccine. We are living in a different world," she said.

Kotek also praised Oregonians for how they have responded to the crisis.

"They've really stepped up during this difficult time. They're following the Governor's 'stay home-save lives' directive, and doing everything they can to help their neighbors. It's been really impressive and inspiring," she said.